Here's some legit swag for Star Wars day that won't send you to the groan-side of the Force.

Look, we get it. You’ve been from one side of this galaxy to the other, and you’ve never seen anything that made you believe that Star Wars Day only came once a year. You’re the kind of person who thinks Star Wars Day should be celebrated on May 25, the day the first film hit theaters. Or maybe you think it should be celebrated on November 12, the day the first Star Wars book was published in 1976 before the movie hit theaters six months later. Hell, why not May 14, George Lucas’ birthday? But it’s May the 4th — mostly because it’s a solid, puntastic dad joke. It may not make sense, but the joke has it where it counts. (Or does it?)

Anyway… The real purpose of May the 4th is to get people to buy stuff. Let’s be honest. That’s it. Since the inception of Star Wars, George Lucas has wanted you to buy Star Wars stuff. This isn’t an exaggeration. Lucas pioneered movie merchandising deals and made an art form out of us all wanting Star Wars stuff even before we could get our hands on it. Several times in history, wanting Star Wars junk but not being able to get it has created intense Force-FOMO. It happened in 1977. It happened in 1999 with the toys for The Phantom Menace. And in late 2019, we all lost our minds when we couldn’t get a Baby Yoda anything.

But right now, other than super-expensive R2-D2 Lego sets, you can pretty much get whatever Star wars junk you want. So, if you’re indulging in some May the 4th retail therapy, what should you actually buy? Here’s some actual, legit cool Star Wars stuff that isn’t scruffy-looking or corny bantha poodoo. We’re talking about the good stuff, now. No mind tricks.

In the world of high-end watches, this Citizen Eco Boba Fett watch is actually pretty reasonable. Normally $375, these refurbished watches are $129. The best thing about this watch is that it's not even that overtly Star Wars-y. You've got the Boba Fett colors and the outline of Fett. Other than that, it's just a slick watch.

'This Is The Way' Men's T-Shirt

In 2019, we all wanted a cool Baby Yoda shirt. Now that's played out. The cooler move is this bizarre shirt that pretends like 'The Mandalorian' is some kind of 1980s cop show or bad video game — or both. Why this font? Why these colors? We love it.

In terms of a cool, big lightsaber you can buy right now, the official Kylo Ren Force FX lightsaber is hard to beat. It makes the noises. It glows red. It's big and feels serious. The hilt looks just like the real thing. Kylo Ren may not be your favorite Star Wars baddie, but he's kind of got the most hardcore saber. 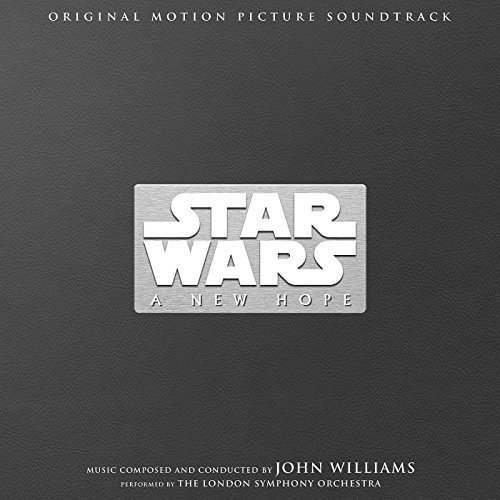 Vinyl records are the lightsabers of music media: A more elegant way to listen to music, from a more civilized age. If you don't already have a turntable, the best way to get yourself to buy one is to get some John Williams on vinyl. This box set covers the first movie, which, in many ways is still the best score. This is the real deal score, too, plus a bunch of stuff you've probably never listened to very closely. 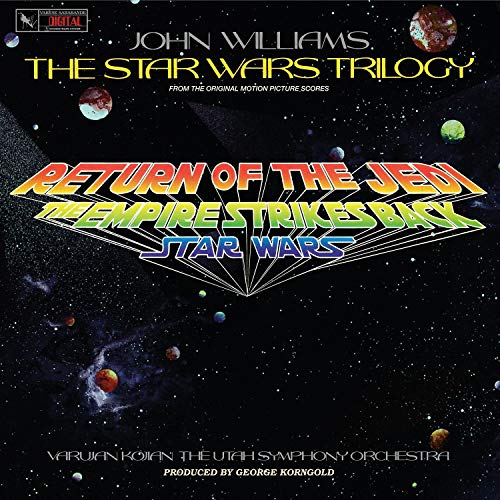 Okay, want a Star Wars starter record? This retro completion of cuts from the classic Star Wars trilogy has been in print on vinyl for decades, and for a very good reason. It's the perfect Star Wars record to jumpstart or restart your soundtrack record collection. Plus, this compilation has March of the Ewoks, which you have probably forgotten about, and totally slaps. 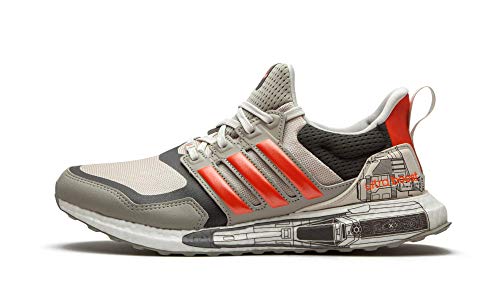 There are a lot of Star Wars sneakers out there. But we love that these not only look like something X-wing pilots would wear, but are also comfortable sneakers you can wear anywhere. Punch it! 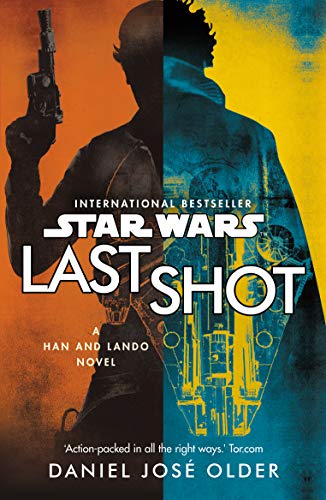 This newish Star Wars novel came out right before 'Solo: A Star Wars Story,' and if you missed it, you're missing out. Written by the slick and smart novelist Daniel José Older, 'Last Shot' is a legit Star War story, but it's also just a cool book about two guys: Han and Lando. Worth your time and super-fun. 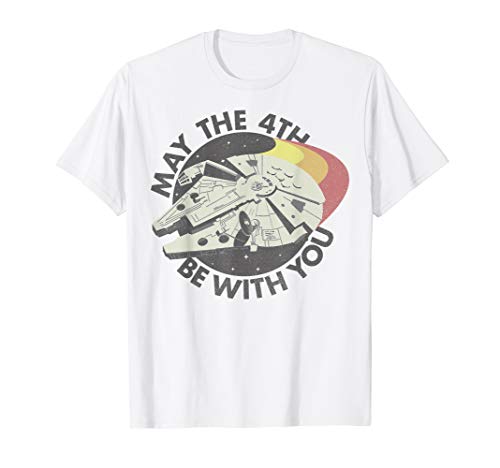 Star Wars: Millennium Falcon May the 4th Be With You T-Shirt

Okay, so, this shirt isn't really vintage, but you've got to admire the fake vintage style. The Falcon looks fly as hell here and the shirt communicates two things: You like Star Wars and you like piña coladas. If you're spinning some vintage Star Wars records on vinyl, wear this shirt. 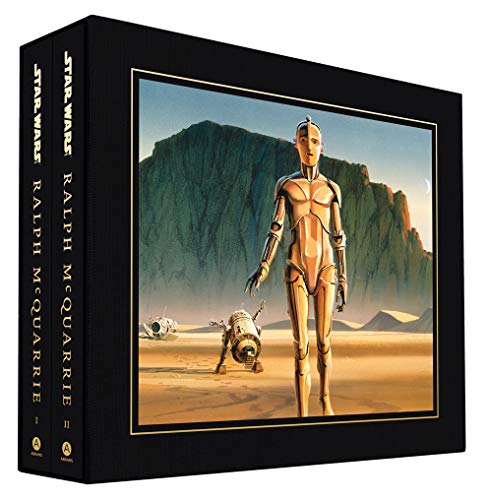 This is the ultimate beautiful deep-dive Star Wars coffee table book set. The paintings and production sketches from Ralph McQuarrie defined and redefined the way movies were made. These books showcase all that artwork, plus tons of stuff we never saw on screen.

You can't actually get this in your hands until August, and it's pretty expensive, but... Of all the new lightsabers, you have to admit that the Darksaber from 'The Mandalorian' is the dopest. This super-fancy version is the high-quality adult collectible version — not the kids toy version. That said, we all know this is going to sell out if you don't pre-order it. So, if you feel like treating yourself to something you really don't need and you want a fancy Star Wars thing, or you're buying a fancy Star Wars thing for someone else, there's no actual Star Wars fan who would not find this thing absurdly cool.

These aren't actually licensed by Lucasfilm. But they do light up and you can hit them really hard against other lightsabers. This is 100 percent not for kids. Very much for you if you want to use your aggressive feelings and pretend like you're getting a workout at the same time.

This one is a pretty deep cut, but this old school Marvel comic book is the first appearance of Boba Fett. Is Boba Fett still cool? Well, it's kinda hard to argue with how awesome he was in 'Mando' Season 2. Do you need this vintage comic? Maybe, maybe not, but it looks awesome as hell.

'Heir to the Empire' Bookcover Shirt by Out of Print

You're not a seventies Star Wars fan. You're a NINETIES Star Wars fan. Here's the book cover to the 1991 book 'Heir to the Empire' by Timothy Zahn, but it's on a shirt. Nobody you know has this shirt.

Star Wars
ADVERTISEMENT
ADVERTISEMENT
More From Play
Play What Is the Best Order to Watch the ‘Star Wars’ Movies on Disney+?
Play The Best Order to Watch ‘Star Wars’ TV Shows For the First Time
Play Boba Fett Needs the Best Dad in Star Wars To Fix His Show
Play 34 Yoda Quotes That Teach Your Kid Resilience
Play ‘The Book of Boba Fett’ Is the Complete Opposite of ‘The Mandalorian’
Play The Baby Yoda of ‘Boba Fett’ Is Here, But the Toy Is Selling Out Fast