‘Get Behind Me Satan’ Has the Best Kids Halloween Song. No, Really

Did the White Stripes accidentally write the best Halloween jam for children?

Did the White Stripes secretly record the best kids’ Halloween song on accident in 2005?

If you’re a parent of a certain age (read: pushing 40) your taste in music might have hard nostalgia for ’90s bands from your high school days. Meanwhile, the bands of the 2000s might remind you of college. And if you’re really into Weezer, that type of music encompasses everything about your life before kids, and maybe after, too. And, for parents who like to share real music with their kids alongside the greatest hits of Raffi or “Baby Shark,” here’s something you may have forgotten: the White Stripes accidentally wrote a great kids’ Halloween Song.

I know, I sound like a Portlandia sketch but hear me out. On the album, Get Behind Me Satan, there’s a song called “Little Ghost,” which is track five. I found the CD version of this album I had the other day and popped it in the CD player on the Subaru the other day while running errands with my 4-year-old daughter. First of all, track 3, “My Doorbell,” is a freaking GREAT kids’ track, and my daughter now loves it and references it whenever doorbells are mentioned in casual conversation. (More than you think?)

But the real revelation is track 5, “Little Ghost.” Here are the opening lyrics:

Little ghost, little ghost
One I’m scared of the most
Can you scare me up a little bit of love?

Now, just imagine a 4-year-old singing about “scaring up” a “little bit of love,” and you’ve already figured out why this song is great. Yes, the actual content of the song implies a love affair between Jack White and a ghost, but the lyrics are pretty PG. If your kid doesn’t catch that the song is about courtship, it’s literally just lyrics about a “little ghost” and loving said little ghost. 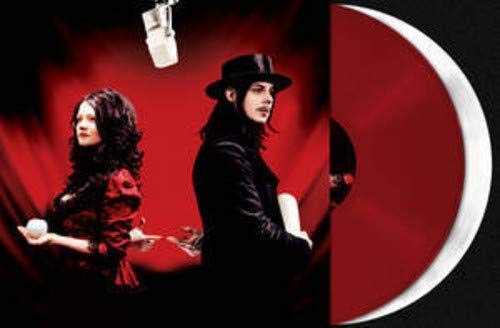 Get Behind Me Satan

An excellent album that you may have forgotten is awesome.

Compare this with the lyrics of Ray Parker Jr.’s “Ghostbusters” which, make it pretty clear that ghosts are coming around to harass women — “I hear it likes the girls” — and that invisible men are “sleeping in your bed.” Of these two adult songs, “Ghostbusters” would probably generally agree to be the more kid-friendly, but that’s only because nobody has ever pitted these two songs against each other with such a bizarre criterion. The point is, “Ghostbusters” has been grandfathered into being a “kid-friendly” song even though it’s not, so while we’re at it, let’s canonize this White Stripes track you totally forgot about.

If you’re looking for a song that actually rocks to add to your Halloween playlist, give “Little Ghost” by the White Stripes another spin and scare yourself up a little bit of love.