The new album 'Van Weezer' is the band's most unpretentious effort in years.

When I first heard that the new Weezer album was going to be called Van Weezer and that it was gonna be some kind of vague tribute to ’80s rock, a wave of fear washed over me. I worried that the album was destined to sound exactly like that super-annoying-yet-catchy 2003 song “I Believe in a Thing Called Love” from the Darkness, a band that couldn’t possibly be anyone’s favorite band. Weezer, on the other hand, is many people’s favorite band and arguably they don’t need to do a gimmicky faux-’80s rock shred-heavy album. Sure, they might cover Toto’s “Africa” to appease fans who wouldn’t stop hounding them about it, but Weezer has their own Weezery-identity, right?

Well, that’s the question, isn’t it? Incapsulated in endless debates, one great Chuck Klosterman essay and a solid 2018 SNL sketch, the relative goodness of Weezer is a battleground of what usually shakes out to three options.

The new album, Van Weezer is 100 percent made for people who fall into the third category. And because of that, the release of Van Weezer has finally made sense of a now decades-old conundrum: Is Weezer trying to alienate their audience?

If, like me, you were in your twenties when a bunch of Weezer fans were really upset about the album Make Believe in 2005, the question above either has a very clear answer in your mind or again, if you fall into the third category, you don’t care.

Even the vast majority of people who fancy themselves serious music fans, I would argue, are still in the third category and that’s because generating an opinion about Weezer is hard work. The radioactivity of even trying to have a reaction to a new Weezer album post-90s has led many people (like me) toward Weezer-apathy. 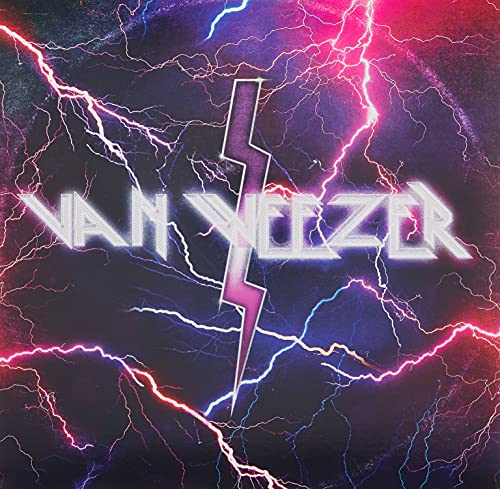 As a massive Oasis fan, I kind of sympathize with hardcore Weezer fans even though I am not a hardcore Weezer fan. The problems of both bands are the same: Your average person (even if they grew up in the nineties) only knows a handful of songs, and those songs mostly come from the first couple of albums. Convincing a non-fan that other albums exist beyond 1997 is really hard, and even when you do, it’s even harder to prove that those albums “matter.”

But, unlike Oasis, Weezer’s whole deal has been to matter in a very specific emo way, which as Chuck Klosterman argues in Eating the Dinosaur isn’t exactly something Rivers Cuomo intended: “It just worked out that way.” To badly paraphrase Chuck’s excellent argument (go buy all his books): the reason why some Weezer fans felt betrayed by later Weezer albums is that they believed Cuomo was “a person working for [them],” when the truth is, Cuomo’s not actually as complicated or metaphorical as we might think. Hardcore Weezer fans decided Rivers Cuomo no longer represented them when he wrote “Beverly Hills” and “We Are All On Drugs,” but, that rests on the fallacy that he was supposed to be doing that in the first place. The basic problem with the aughts Weezer backlash is that they somehow betrayed their Weezerness.

Now, I’m not really sure I need to define what I mean by Weezer’s Weezerness or explain exactly why the aughts Weezer music was met with a lot of disappointment from fans. If you’ve kept reading this far, on your phone, then you know what I mean. So here’s the thing: What’s happened with Van Weezer is that a band that most people kinda sort of think they used to like have made a harmless and junky album that is designed to appeal to an audience that is apathetic about the challenge of a new Weezer album in the first place. What Van Weezer has done is something that feels like it shouldn’t be possible: it succeeds at being an album for casual Weezer fans. Which, as I hope I’ve proven, is actually most people. (I’ve included two ways to buy this album on vinyl in this article for a reason, I think it’s worth buying the actual record!)

But how does the Van Weezer pull this off? Well, by following through on exactly what the title suggests. The album is comprised of a bunch of Weezery songs done in the style of bands like Black Sabbath, Kiss, Metallica, and of course, Van Halen. Now, the key thing here is that Rivers doesn’t sound like the singers of any of those bands, so the juxtaposition creates a novelty that’s easy to get behind. Also because these songs aren’t covers (Weezer tried that already) the album succeeds at feeling new and old at the same time.

There’s not a clear definition for “Dad Rock,” but here’s one to try on: Dad Rock might be rock music that is not trying to challenge its audience, and, thinks its audience is mostly people in their 30s, 40s, and 50s. Because a lot of time has passed since the 1990s, and almost two decades since Make Believe, Weezer has finally found its true audience: People who don’t want to feel cool or edgy or emo but instead just want to feel something. If you’re a tired working parent and you have flashes of screaming at the top of your lungs at a Metallica concert when you’ve hit your limit with your responsibilities, the new Weezer album gets that. It’s not here to actually comment on any of that by the way. Just replicate it in a way that isn’t hard to understand.

The best song of the bunch, “I Need Some of That,” is actually just about longing for some kind of dippy Aerosmith-type jam that can transport us away from our thoughts. The title is perfect because it just means what it means. We all want some new music to amp up our lives, but we also don’t always want something that is too new. We need some of that. And finally, after a very long time, Weezer knows exactly what that is and they’ve got a lot of it.

You gotta listen to this album loud. Not in headphones.

Just one tip: Don’t listen to this album in headphones unless you’ve got really good ones. You have to listen to it in the car, or on actual speakers. When my wife and daughter went to go buy new shoes, I blasted the album on Bose speakers while power-cleaning the kitchen. Later, when I made a run to the grocery store, I blasted it in the car. Both times, I loved it. But, when I put it on my headphones to listen to it again and write this essay, I realized I didn’t like it as much. And then I realized that was the point. Van Weezer isn’t an album you analyze or dissect. It’s just an album you put on and don’t think about. And maybe, that’s true of all the other Weezer albums too. We just haven’t been able to admit it until now.

music
ADVERTISEMENT
ADVERTISEMENT
More From Play
Play The Best Rock Songs for Kids: From Beatles to SpongeBob
Play We Stopped Letting Our Kid Listen to Digital Music. You Should Too
Play 12 Best Beatles Songs For Kids That Aren’t “Yellow Submarine” or “Octopus’s Garden”
Play How Presidents of the United States’ Chris Ballew Became Caspar Babypants
Play ‘Loki’s’ Use of Bonnie Tyler’s “Holding Out For a Hero” Is Peak ’80s Nostalgia
Play The Complete Timeline of Dave Grohl and Nandi Bushell’s Epic Drum Battle