Why Did the Baron In ‘Dune’ Want to Kill Paul’s Dad?

Confused about arguably the biggest plot point in 'Dune'? We got you.

Outside of America, much of the moviegoing world has been there and Dune that. Even though the film just hit HBO Max and theaters in the US, Denis Villeneuve’s epic adaptation of Frank Herbert’s sci-fi classic book has been playing theaters for about a month!  But, for casual viewers, the story poses many questions, and answers a decent number of them, though much of the plot lays the groundwork for a Dune Part Two that Villeneuve hopes to make in the near future. One key question posed in this first film, however, goes mostly unanswered. Or, put another way, it leaves the answer up to the audience to interpret.

That question is: Why did Baron Harkonnen (Stellan Skarsgard) want to kill Duke Leto Atreides (Oscar Isaac), father of Paul Atreides (Timothee Chalamet)? Here’s the answer. Spoilers ahead for Dune: Part One.

The seemingly obvious answer is that the ghastly-looking, corpulent and devious Baron wants to control the entire universe. Step one: departing Arrakis and installing the Duke and the Atreides clan on the planet, with its valuable spice, endless sand, massive sandworms, blue-eyed Fremen and broken-down equipment. It’s all designed to let the Duke fail spectacularly, thus fostering distrust amongst the houses, and setting the stage for the ultimate power grab. As in, when everything implodes around the Atreides family, the Baron can swoop back in, demand fealty from the houses, treat the Fremen even worse than before, and seize the spice-mining operation in the name of the one person to whom he answers, the Emperor. It also comes down to jealousy and political gamesmanship: The Emperor views Duke Atreides and his growing popularity, as a threat to his throne, and he’s perfectly happy to let Harkonnen (and many of Harkonnen’s troops) do his dirty work.

Then, at the heart of this, is family, and that’s where we get to the less obvious answer to the question of why Harkonnen wants Duke Atreides dead. The Duke is a good man, able to unite people, and a great father to a young man – and perhaps messiah — whose powers will know no bounds, if Paul can harness those powers in time. That’s a story within the story, and a whole other movie (the aforementioned Dune Part 2). If the Duke is out of the picture, the Baron can tap his brutal nephew, Glossu Rabban (Dave Bautista) to replace him and make the spice-mining operation profitable. Or there’s Feyd-Rautha, another nephew who, like Paul Atreides, appears destined for more. Only, the character, played in David Lynch’s 1984 version of Dune by a glistening Sting, doesn’t appear in Villeneuve’s first film. These characters and more explanations as to the Baron’s motivations can also be found in the original novel by Frank Herbert. If you’re interested to know what happens after the end of the film Dune: Part One, all you have to do is grab the book, and read after page 500! If you like what you read, check out the next book, Dune Messiah. Director Villeneuve hopes to adapt that one into a movie, too! 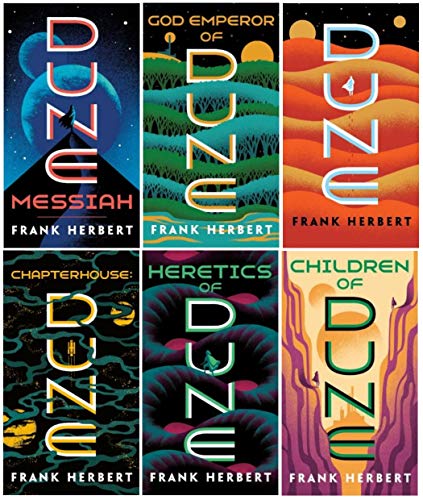 Dune fans are aware of what may occur next if Villeneuve gets to make Dune Part Two, and that’ll be something to look forward to. But if he doesn’t, some moviegoers, particularly those who’ve not read the books or seen the previous feature or miniseries, will receive limited context. So, let’s hope, for everyone’s sake, Villeneuve is allowed to complete his saga.

Dune is in theaters now and streaming on HBO Max.
Oops! Please try again.
Thanks for subscribing!