Disney Misses the Point of Its Own Show, Attacks DIY Baby Yoda Makers

Watch out! Disney is cracking down on non-official Baby Yoda toys.

Right now, there’s still an insane wait before you can get your hands on a legit Baby Yoda doll — the first real ones won’t ship until April or May. In the meantime, there are plenty of DIY Baby Yoda knock-offs on Etsy or eBay. But hold on! It looks like Disney is sending mercenaries to track you down the makers of bespoke Baby Yodas, which is totally bizarre considering that The Mandalorian is about the possible heroics of lawlessness. Does Disney even understand their own show?

According to a report that originated with The Verge, Disney is telling Etsy shops and other indie sellers that they have to shut down their faux-Baby Yoda productions ASAP. This is slightly weird considering that on some level, Disney created the scarcity for Baby Yoda junk in the first place. In order to preserve the surprise reveal of The Child in the first episode of The Mandalorian, Disney, and Lucasfilm did not produce any Baby Yoda toys and dolls ahead of time. The idea was that even if prototypes of the toys hit toy fairs in the fall they could ruin the surprise.

So in the interim fans created all sorts of their own versions of Baby Yoda on Etsy and other marketplaces. This is totally appropriate and fitting with the philosophy of The Mandalorian. In the series, Mando rescues Baby Yoda from his evil handlers within the Empire. In a sense, people making their own Baby Yodas is the same thing: They adopted the adorable child as their own, which, when it comes to the history of Star Wars fandom is totally normal. Sure, there have been official lightsaber toys since 1978, but who among us didn’t turn their flashlight into an even better bespoke Jedi weapon? 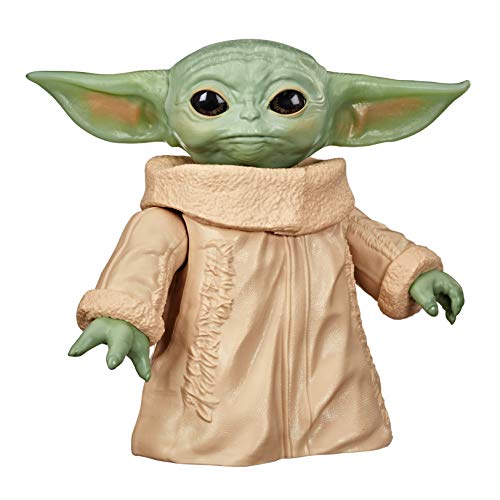 This is the real deal. Ships on May 11th.

What is Disney worried about anyway? Does anyone really believe that a few Etsy shops making cloth Yodas will really impact the sales of the “real” toys in the Spring? Most people — parents in particular — will be content to mash that Amazon pre-order button and wait. And for those who are completists, buying both a DIY Baby Yoda and an officially-licensed one isn’t out of the question.

Right now, you can still find quite a few DIY Baby Yodas on Amazon, but it’s not clear how long that will remain the case.

By banning DIY Baby Yoda makes Disney seem like the Empire. This is not the way.

ADVERTISEMENT
ADVERTISEMENT
More From News
News $1.7 Billion More in Student Loans Was Just Forgiven — Do You Qualify?
News Ditch These Two At-Home Tests If You Have Them, FDA Warns
News Most Workers Would Rather Quit Than Be Forced Back to the Office: Survey
News A Dying Nurse Is Claiming She Switched Thousands of Babies at Birth
News Old-School James Bond Movie Marathon Is Streaming Completely Free Right Now
News This Map Shows Where You Can Buy Legal Weed Now in the United States