These scents make the family car smell wonderful — and are safe for the kids.

There’s a reason that car air fresheners exist. Nothing smells quite as good as a buttery new car interior. Yet after months of spills, sweat, mud, and on-the-fly diaper changes, a funky musk will have taken its place. But masking the odors — with your standard overpowering pine-and-plastic air freshener — is not the smartest course of action. The best air fresheners make driving a pleasant experience, without launching a full olfactory assault on your senses.

A little background: Cheap air fresheners reek of eau de chemical, and they release volatile organic compounds (VOCs) into the air. Those, in turn, impact indoor air quality. And the catch is, you don’t even know what’s in these hanging stink bombs: Air freshener makers are protected from having to reveal their proprietary ingredients thanks to the Uniform Trade Secrets Act.

A safer alternative is to either make your own car air freshener (throw a few coffee beans into a cloth sachet, if you’re so inclined) or buy an air freshener that neutralizes odors instead of merely covering them up. These neutralizers use charcoal, baking soda, plant oils, or other ingredients to make your car smell less like a diaper pail on wheels. 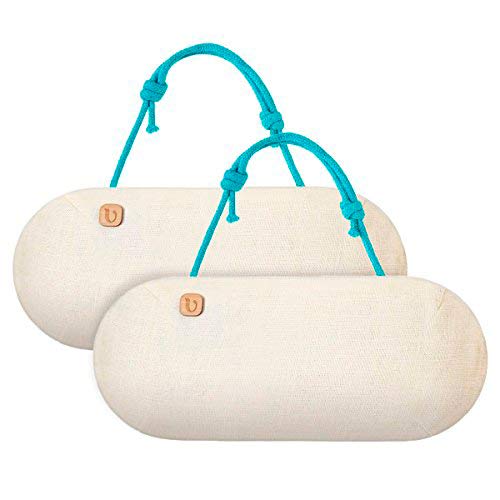 Think of this deodorizer as a stench sponge. It's made with bamboo charcoal that naturally absorbs odor. It lasts a year, and can hang from your seat back. And we like the fact that it's unobtrusive while it does its dirty work. 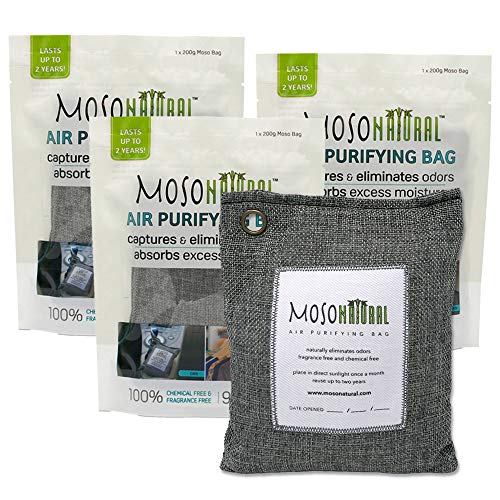 This car air freshener also uses charcoal to soak up odors. It's made from activated bamboo charcoal and covers 90 square feet of space. You can use this for up to 2 years and just place it outside in the sun once a month for at least one hour to rejuvenate it. 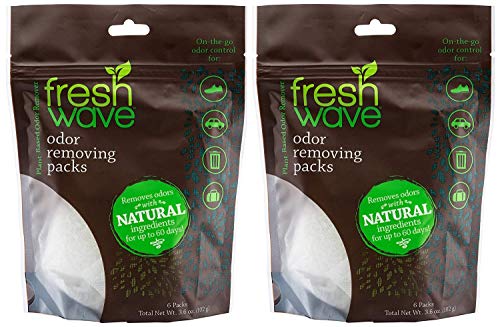 These air fresheners don't conceal odors with more odors. They, like the charcoal bags, remove odors by using a blend of plant oils; you just toss one under the driver's seat. Each freshener is made of water, a food grade surfactant, and a blend of natural plant oils including lime, pine needle, aniseed, clove, and cedarwood. Initially, your space will smell like plants, but eventually, the scent fades and your car just smells fresh. Each pack lasts about 60 days.

If you want a serious fragrance upgrade instead of something that neutralizes, attach this portable travel diffuser (from the brand known for very fancy candles) to the air vent of your car. You pick the fragrance you want (amber, lavender, plum, huckleberry, or orange) and you're in business. Each refill is $20.

If you love things that smell nice, you already know about Jo Malone, the queen of luxe fragrances. Her portable little scent tab lasts three months, is designed for small spaces, and makes your vehicle smell like a glorious blend of lime, pepper, and thyme.