And there are a lot of them.

There is a lot happening in a galaxy far, far away. There’s the pending releases of The Mandalorian, the highly anticipated Disney+ show and The Rise of Skywalker, the final chapter in the latest Star Wars trilogy. Throw in the 20th anniversary of the Lego-Star Wars collaboration, and you’ve got a lot of reasons for a lot of new Lego Star Wars sets, and the new Lego Stars Wars: The Rise of Skywalker sets.

We’re talking about the launch of five sets inspired by the upcoming movie and one by the new show, with a couple of classic trilogy-inspired building kits thrown in for good measure.

Let’s start with the Skywalker sets. The A-Wing Starfighter is available as a 269-piece set and comes complete with a cockpit that opens, twin spring-loaded shooters, and minifigures of both Snap Wexley and Lieutenant Connix. It’s on the smaller side, at just seven inches long, but it also has a smaller price. 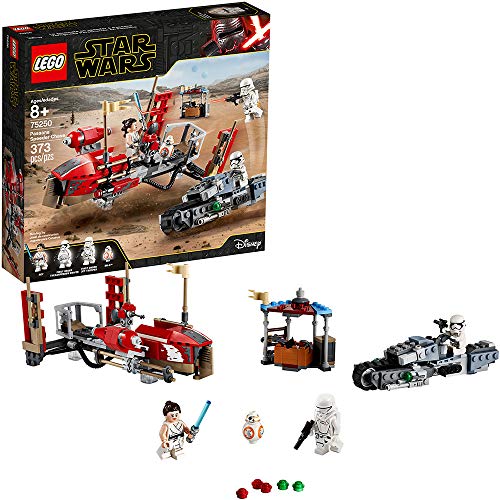 Want two ships in one set? Then you want the Pasaana Speeder Chase. In the transport speeder, Rey and BB-8 try to escape from a First Order Treadspeeder with a driver and trooper. For kids who like races, it’s the best Lego Star Wars set since Anakin’s podracer.

You get six, count 'em six, Lego Star Wars minifigs with this set.

Kylo Ren’s shuttle comes, of course, with a Kylo Ren minifigure, but that’s hardly where the reasons to love it end. The shuttle itself has rotating engines that allow kids to fold the wings for a smooth landing as seen in the films, along with spring-loaded shooters. And in addition to Kylo, there are five other bad guys, all of whom have the appropriate accessories (read: weapons).

The Resistance Y-Wing Starfighter is yet another alphabetically named ship. And even though the X-wing is still the GOAT, there's plenty to love about this set.

It has spring-loaded and trigger-activated weapons, a Rise of Skywalker-specific color scheme, and five, count ’em, five included minifigures including Zorii Bliss, complete with golden helmet.

This Rise of Skywalker-specific Millennium Falcon isn't the biggest Lego version of the ship we've seen, but it's still pretty damn cool.

It’s the most run-down version of the legendary ship yet, but there’s still plenty for fans to love, including smuggling containers, a hyperdrive unit with repair tools, and seven minifigures including absolute essentials like Chewbacca and Lando. It’s 17 inches long and a foot wide, and it’s 1,351 pieces mean it’ll be a nice challenge for kids to assemble. 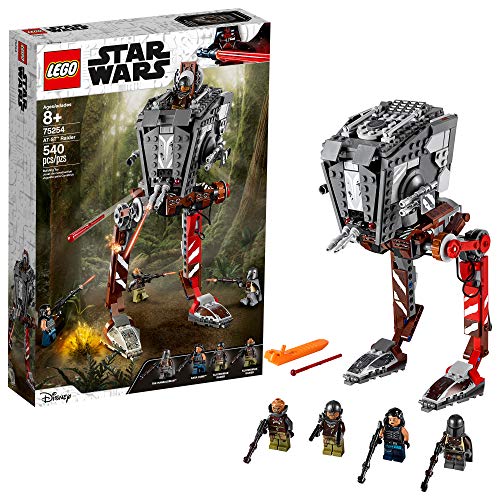 These sets would be a sizeable release on their own, but we aren’t done yet. The Mandalorian has yet to hit the internet (indeed, Disney+ hasn’t even launched yet), but we’re already fans of this set, an AT-ST Raider with poseable legs, four minifigures, and a cannibalized look that comes from the specially decorated pieces.

All in all, Star Wars Triple Force Friday looks to be a great reminder of why the Lego Star Wars collaboration has been so great and why the future looks good.

Lego lego sets Roundup star wars legos
ADVERTISEMENT
ADVERTISEMENT
More From Gear
Gear This Stunning Superhero Cape Turns Any Kid Into an Avenger
Gear The Best Hazy IPAs to Add to Your Cooler This Summer
Gear The Beloved, Notorious Montessori Bed: What Parents Should Know
Gear This Felt Building Kit Is One Truly Sensational STEM Toy
Home How to Unclog Any Drain, From the Kitchen Sink to the John
Gear Skin Care for Men: The Best Subscriptions for Everyone From Rookies to Aficionados