Slept On Obama’s New Memoir? Listening to Him Read is Better Than His Podcast

Listening to Obama is good for the soul and even better for the brain.

If you listened to and loved Obama’s recent podcast with Bruce Springsteen — Renegades — I’ve got news for you, there’s something else Obama-centric that you can listen to right now that’s even better. And, like Fleabag’s laptop scene, this can let you get the power of Obama’s sage wisdom on tap whenever you want it.

We’re talking about A Promised Land, Obama’s memoir, first published back in November 2020, a time so fraught and confusing, it might make sense that you didn’t feel like sitting down and reading a thoughtful memoir by the 44th President. But, let me tell you, listening to him read it is freaking great. Yes, there’s some legitimately great advice in here — like Obama’s admissions that the stress of working so much nearly derailed his marriage — but none of that would matter if it wasn’t fun to listen to. 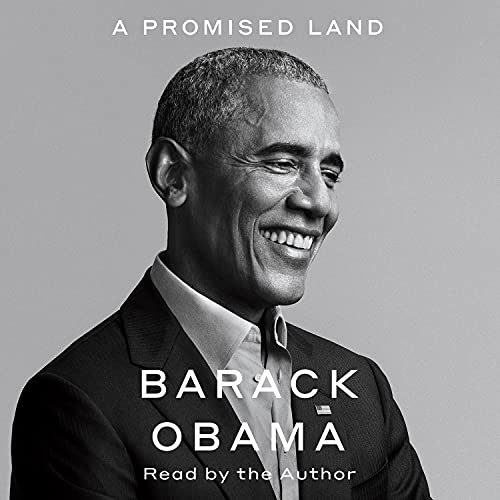 Get Obama's 'A Promised Land' on audio right here.

Throughout his Presidency, Obama was frequently compared to the super-rational (but compassionate) Star Trek character of Spock. This compliment still holds up, especially when you listen to A Promised Land. Remember when Spock had kind of lightened up in the later Star Trek movies and was able to tell a joke or two and roast some marshmallows? That’s what’s it’s like listening to Obama read A Promised Land. You get to absorb his intelligence, like listening to Spock, it’s also witty and makes you feel geeky cool.

You can sign up for a free trial of Audible Premium Plus right here.

From June 1st – June 30th, Audible Premium Plus will be available to customers at 53 percent off – only $6.95 a month for the first four months. Here’s how to get the deal.

audiobooks Barack Obama books
ADVERTISEMENT
ADVERTISEMENT
More From Play
Play RIP: Louie Anderson, a Family Man to the End
Play The 33 Best Riddles for Kids That Aren’t Too Confusing
Play 50 Tricky Riddles That Will Keep Even the Smartest Kids Guessing
Play 78 Funny Jokes for Kids (And Adults Who Like Dumb Jokes)
Play 87 Coronavirus and Quarantine Jokes to Retrain Your Face to Smile
Play The 21 Funniest, Snowiest Winter Jokes for Kids and Chill Adults