Marvel has taken two comic book characters and smooshed them together.

Massive Spoilers ahead for Loki Episode 3, “The Variant.” Stop reading now if you haven’t seen it! Really!

After two back-to-back explosive Disney+ episodes, the third episode of Loki slows things down the larger mysteries for an on-the-run episode about two Lokis (is the plural just Loki?) on the run. This episode swaps the Tom Hiddleston/Owen Wilson banter for Tom Hiddleston/Sophia Di Martino banter. The new female Loki Variant doesn’t want to be called “Loki,” and her plan has yet to be revealed. So who is she? Is she really another Loki?

Who is Sylvie in Loki?

In the context of the show, Sylvie is an alternate version of Loki himself. Although this is mentioned quickly, in her timeline, she apparently spent most of her life on the run from the TVA, because as a Variant of Loki, she’s not supposed to exist. This is why she says her memories of her (adoptive) parents are fuzzy. It’s unclear whether “Lady Loki” knew Thor when she was younger, but it does seem like she understands her ancestry from the Frost Giants. (Reminder: Loki and Sylvie are both technically, Frost Giants, they just have the appearance of Asgardians. Confused? Go watch the decade-old film, Thor, again. It was directed by Kenneth Branagh, remember? It holds up!)

Does Sylvie Come From the Comics?

Yes. In Marvel Comics, the name Sylvie applies to a character called “Sylvie Lushton,” who is also sometimes known as the superhero “The Enchantress.” In some storylines Sylvie even joins the Young Avengers, so hey, you never know, Loki could be trying to set that up! Here’s a collection of Young Avengers stories if you really want to go down the rabbit hole. 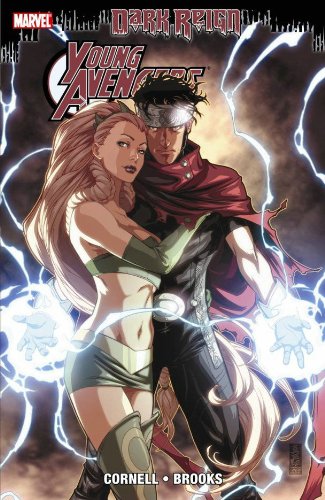 The Enchantress in the Young Avengers.

So, in the comics is Sylvie an alias for Lady Loki? Short answer: No. While the comics imply that some version of Loki created Sylvie, they are not the same character. What the Loki series has done is seemingly combined the character of Sylvie and Lady Loki into a new person: a Loki Variant who uses the alias “Sylvie.”

What does Sylvie’s revelation mean for the rest of the show?

Toward the end of the episode, Sylvie casually tells Loki that all the TVA workers are just other Variants. This means that most Variants have probably not been killed, but rather, brainwashed and enslaved by the TVA. This also means that any of the TVA characters we’ve met in the previous two episodes could be Variants of characters we already know. If Loki can have a Variant that looks like Sophia Di Martino, then it’s possible Owen Wilson’s Mobius could be a Variant of like, the Hulk, or something wild like that.

Or maybe everyone is Loki? Could everyone in the show be Loki? Lokittown? It’s not the worst theory, and if it turns out to be true, you heard it here first.