Time to dust off the Bonnie Tyler records.

Turns out, Loki has only one degree of Kevin Bacon. In Episode 2 of the new Disney+ series, the 1984 song “Holding Out For a Hero” is played over the loudspeakers of a Renaissance fair, circa 1985. This Bonnie Tyler song was originally recorded in 1984 for the soundtrack for the movie Footloose, better known as one of those soundtrack albums that is a million times better than the Kevin Bacon movie which it accompanies. Like the Batman Forever soundtrack or any number of James Bond theme songs (“Live and Let Die”) the song “Holding Out For a Hero” no longer has a direct association with Footloose, even though that’s where it came from. For most of us, all “Holding Out For a Hero” conveys is pure, gushy ’80s over-the-top power pop. It says the ’80s without saying the ’80s and means more than it really means.

But, is this song good? And should you listen to a bunch of Bonnie Tyler again? My subjective and totally biased answer is complicated! Loki’s use of “Holding Out For a Hero” works, sure. But it’s also indicative of a larger pattern of big shows and movies being a little too on-the-nose with pop “classics.” 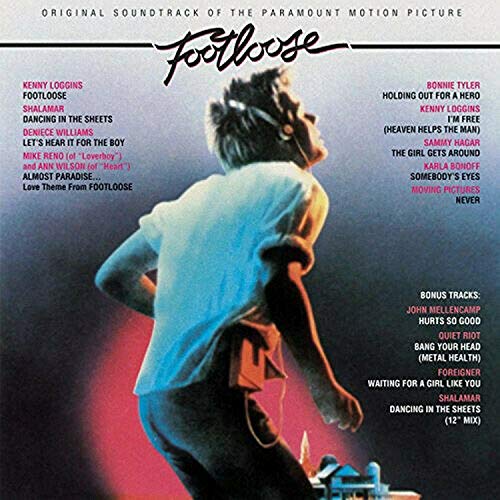 One of the greatest eighties soundtracks ever.

Now, the weirdest thing about the inclusion of “Holding Out For a Hero” in this episode of Loki is this is the  THIRD time in less than a week that a major streaming service or commercial has weaponized this song to hammer ’80s nostalgia into our skulls. Last Friday, Netflix dropped the new trailer for Masters of the Universe: Revelation, and mixed “Holding Out For a Hero” to make everyone get excited bout He-Man’s gleaming sword and Skeletor’s long shaft again. For those of us in the press, who had seen Loki Episode 2 one week prior, this felt slightly embarrassing for both Netflix and Disney+; apparently, everybody has the same idea about what the ’80s “means,” right now. It’s a good thing Loki didn’t stay in 1985 too long, Would they have been unable to resist using Van Halen’s “Jump”?

To be fair Loki’s use of “Holding Out For a Hero” is better than the He-Man thing. In the Netflix He-Man trailer, “Holding Out For a Hero,” is a cheesy nostalgia play, pairing the romance novel lyrics with an animated cartoon hero who was the spiritual father of Fabio. In Loki, it’s a period-specific piece that is used subversively while a TVA soldier is puppeteered into murderous acts by a mysterious magical villain. It’s also just the song that happens to be playing on the loudspeaker at this Ren Fair, so it’s diegetic music; not really part of the soundtrack, but rather something the characters are hearing. The psychological effect is not unlike any needed drop from The Sopranos or the use of Roy Orbison’s “In Dreams” in Blue Velvet. In Loki, we’re supposed to be a little creeped out by “Holding Out For a Hero.” 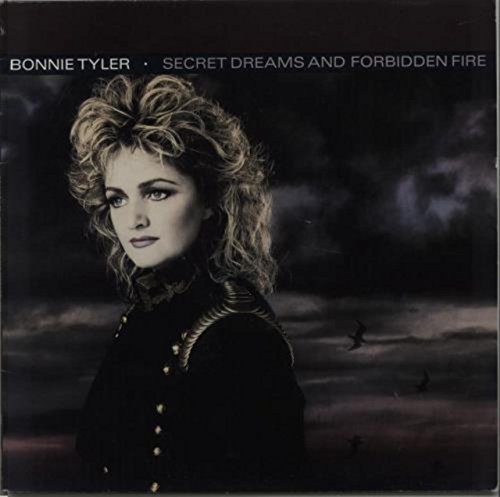 The 1986 Bonnie Tyler album that contains the song.

Well kind of. The thing about this needle drop is that it really wants to have it both ways. Your reaction is simultaneously like, “Yeah, this song rocks!” and also “Wait? Who is this song for?” Unlike Bonnie Tyler’s other golden and unassailable hit, “Total Eclipse of the Heart,” it’s hard to make a strong case for the lyrics of “Holding Out For a Hero” being anything but corny. The intent wasn’t ironic, but the love of the song almost certainly is. The kind of hero described in this song is just that; a kind of character, not someone who really exists. This is why Shrek 2 understood “Holding Out For a Hero” slightly better than Footloose; it’s a song that suggests archetypes without really doing the work to justify them. Joseph Campbell be damned, but I’m not sure pop culture narratives actually need any more one-note street-wise Herculeses or white knights upon fiery steeds.

In Loki, the song is mostly kidding around. The narrative of this show doesn’t want old-school heroes either, and yet, Tom Hiddleston is his own kind of contemporary sex bomb, and nominally, he is the hero of this show. But because “Holding Out For a Hero” slaps so hard, it just kind of justifies its own existence, regardless of what show or movie it plays in. This means its use in Loki is both perfect and wrote. Remember when High Fidelity got away with using Queen’s “We Are the Champions?” That’s where we’re at with “Holding Out For a Hero.” It’s not quite a punchline song, but it’s right on the line of good taste. This isn’t the song’s fault, it’s just what our weird nostalgia culture has done to it. And, the only reason “Holding Out For a Hero” hasn’t been overplayed at karaoke (like “Total Eclipse of the Heart”) is that nobody really knows the lyrics, only the chorus.

“Holding Out For a Hero,” comes from a movie where teenagers are prevented from dancing in a small town. So, in a sense, every song on the Footloose soundtrack has one message: If you’ve never heard pop music before, this is why pop music is AMAZING. Of all the songs in that bunch, “Holding Out For a Hero” still has that magic. Which, is also, its curse.

Loki is streaming now on Disney+

Editor’s note: After writing this, I’ve learned a new Guardians of the Galaxy video game ALSO used “Holding Out For a Hero” in a video game trailer, last week. The Guardians franchise being obsessed with old-school hits is nothing new, but all I can say is, come on Marvel. Did you mean to ruin your own cool needle drop with a meh video game trailer?