The former Oasis frontman is back bringing the rain and sunshiiiiiiine.

Rock star dad Liam Gallagher is 49 years old. And, somehow his voice sounds fresher now than back in his Oasis heyday of the ’90s. The younger Gallagher of the Oasis brothers, infamous for his bad-boy behavior in the ’90s, has emerged recently as a down-to-Earth musician focused almost exclusively on good vibes. His forthcoming album, C’mon You Know drops on May 27, but he’s now released three singles, including his latest, “Better Days,” which he charmingly boasts is “the sound of the summer.” The thing is, he’s kind of right.

For longtime fans of Oasis, and for even more hardcore fans who have followed each brother’s respective solo careers, hearing Noel or Liam Gallagher proclaim their latest project the best thing ever is par for their particular hyperbolic course. But, with C’mon You Know, Liam is pretty much telling the truth. So far, each single has been the best thing he’s released in years. After the excellent banger “Everything’s Electric” (which was co-produced by Dave Grohl), Liam released the title track, “C’mon You Know,” which basically plays like “Instant Karma” fused with, well, an Oasis song. Liam’s cocky swagger is infectious, and it’s good to have him back. (I mean, could Roy Kent even exist without Liam?)

This leads to the brand new third single from the album “Better Days,” which is easily the best one so far. The video (watch above) is epic and evokes the confident badassery of the Britpop days, but feels contemporary, too. There are also some visual homages to the famous Beatles Let it Be rooftop concert, as well as the Oasis classic “Supersonic.” Former Oasis bass player Paul “Bonehead” Arthurs is jamming in the video, as is guest-guitarist from the Yeah Yeah Yeahs, Nick Zinner.

Why is the song so great? Well, this is basically Liam doing what Liam does best: Singing about sun and rain, creating a kaleidoscopic optimistic anthem that feels like the soundtrack to a fulfilling walk outside, or, having a beer with friends on the patio. Claiming this song the “sound of the summer” might not apply to every single demographic, but if you’re of the generation that loved the upbeat trajectory of Britpop, this song will connect in a big way.

Bonus points for dads: All of Liam’s new material is perfect to blast with your kids. Especially “Better Days.” Trust me, once you teach a 5-year-old to put their hands behind their back Liam-style, and belt out these songs, there’s no going back. Liam Gallagher might appeal to a generation who came of age in the ’90s, but his music and attitude connect with rock-loving kids, too.

You can pre-order C’mon You Know right here. The whole album comes out on May 27. 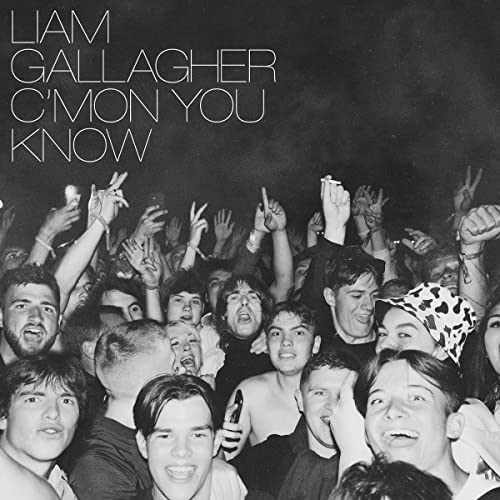 liam gallagher music Oasis Rock vinyl records
ADVERTISEMENT
ADVERTISEMENT
More From Play
Play The 33 Best Riddles for Kids That Aren’t Too Confusing
Play 50 Tricky Riddles That Will Keep Even the Smartest Kids Guessing
Play 78 Funny Jokes for Kids (And Adults Who Like Dumb Jokes)
Play 69 Trivia Questions for Kids and Adults Who Need to Learn a Thing or Two
Play What Is the Best Order to Watch the ‘Star Wars’ Movies on Disney+?
Play The 87 Funniest Knock-Knock Jokes for Kids