There’s a new giant monster terrorizing New York City. It’s not King Kong, and it’s not Godzilla. It’s much more sinister and…adorable? A live-action version of Clifford the Big Red Dog is coming to the big screen, a thing that nobody really asked for, but might end up being irresistibly adorable anyway.

In the just-released trailer, the idea of a large red dog roughly the size of four horses mushed together is demonstrated as correctly horrifying parents, but totally wonderful for kids. As we all know, kids love unlovable monsters in ways parents do not. But, to be fair, this is the elephant (or the red dog) in the room with like half of all children’s entertainment anyway.

It’s not like parents are going to enjoy every minute of the new Clifford the Big Red Dog, no more than they enjoy every minute of reading the old books. Clifford is great, sure, but Norton Juster or Maurice Sendak, this is not. The book source material asks the question: What if a young girl had a giant fucking dog? And it looks like the movie will be faithful to the source material.

What will they do with this mutant canine? Will the monster police come to take this freakishly huge dog away?!! “It’s New York, nobody will notice,” one character says glibly in the trailer. Oh boy! Jokes about New York being zany! Where’s Samantha Jones when you need her?

Also, it appears official children’s actor Tony Hale will make an appearance, along with a guy we just can’t stop supporting, no matter what, our favorite SNL dad, Kenan Thompson.

In the books, Clifford’s size varies. Sometimes he’s as big as a house. Sometimes a car. Here, it looks like we’ve settled on “Barely fits in the back of a small Uhaul.” The thing is, regardless of the absurdity of this movie, it’s pretty clear that a 5-year-old is going to love this. As fun as it is to mock Clifford, I can tell my kid is going to lose her mind. And that’s the whole point.

Clifford the Big Red Dog opens in theaters on September 17, 2021. 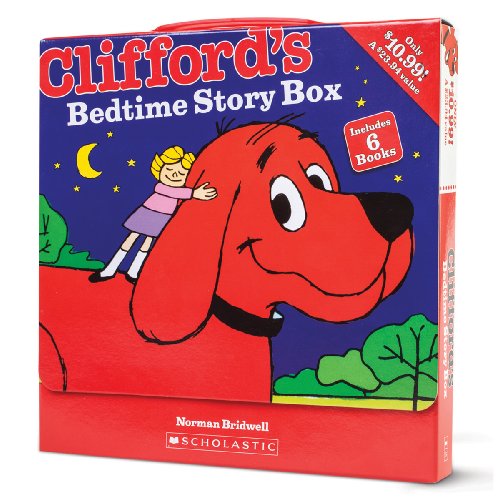 Clifford Bedtime books! Not the worst!