Bully Prevention Could Start With Your Kid’s Favorite Superhero

Everyone knows that pop-culture stories about heroes — and superheroes — are inspiring. Who among us hasn’t felt more inclined to exercise while listening to the Danny Elfman Batman soundtrack and imagining ourselves as the caped crusader? And that feeling, that specific idea of being the hero in your own story is something that can translate to our kids, too.

Children don’t have to worry about supervillains, but they do have to contend with the psychological trauma of bullying — or worse, becoming bullies themselves. What can parents and caregivers do to help? According to the Pop Culture Hero Coalition, the answer is: Help kids see themselves as the hero in their own story. And, yes, it turns out the stories of Batman, Wonder Woman, and countless other big pop-culture icons are powerful tools to help children understand “The Heroic Journey.”

Co-founded by Star Trek: DS9 star Chase Masterson and Carrie Goldman (author of Bullied) the aim of the Coalition is to nurture an internal story within children that creates a positive sense of self. “The bottom line is teaching healthy identity — because kids with healthy identity can exhibit empathy and inclusion,” Masterson tells Fatherly. “Kids who are healthy inside don’t bully. It all goes back to ‘hurt people hurt people.’ And healed people heal people.”

This notion has resulted in a K-12th Grade Curriculum called “The Heroic Journey,” based on much of Goldman’s writing about keeping children safe. In fact, even though Goldman’s book Bullied is eight years old, it’s still an Amazon #1 bestseller in the category of “School Safety.”

Additionally, the teachings of the Coalition are backed by Boston Children’s Hospital Digital Wellness Lab, and “The Heroic Journey” is the only Social Emotional Learning program used by YMCA nationwide. Yes, you read that right, a non-profit charity program that uses superhero and pop-culture narratives is the sole SEL program used by the YMCA. And, when you stop to think about it, it makes sense. Pre-K kids might need Daniel Tiger, but older kids need positive stories that are a little more, well, “heroic.”

The Pop Culture Hero Coalition has its origins in the inspiring story of a young girl named Katie who was bullied for having a Star Wars backpack. After Katie’s mother contacted Carrie Goldman, a huge internet campaign was started to raise awareness about bullying. That was way back in 2010. Today, the Coalition has grown from a hashtag to a curriculum and a movement with one message to kids and their caregivers: Be Kind.

So what can parents and caregivers do? Well, despite the success story and star-power of the Pop Culture Hero Coalition, this is still a 501c3 non-profit. If you want kids around the US to continue to be educated on the “Heroic Journey” and for the YMCA to keep using this program to inspire kids to be their best selves, donating to the Coalition is one of the best things you can do.

They’ve also got amazing swag. Their signature “Be Kind” shirt is pretty darn cool. And, who wouldn’t want to be a caregiver wearing a shirt that says “Be Kind?” This is the kind of work we can get behind. For caregivers and teachers, and schools, The Pop Culture Hero Coalition is the coolest non-profit on the planet.

You can learn more about the Pop Culture Hero Coalition here. 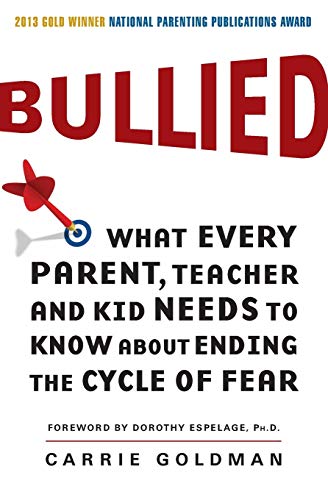 Bullied: What Every Parent, Teacher, and Kid Needs to Know About Ending the Cycle of Fear

Get the excellent book right here.