The 10 Best Parenting Books of the Decade

It was an important decade for parenting as income inequality, social media, and good old fashioned peer pressure lead to increasingly performative, competitive, and involved parenting in America. Of course, this all also lead to a worrisome increase in parental anxiety. And where there is anxiety, there are always people ready to offer help. It’s no surprise the last decade is thick with books about how to raise smart, mindful and successful kids. But those books aren’t necessarily the best books for parents. In fact, many are simply not worth your time. 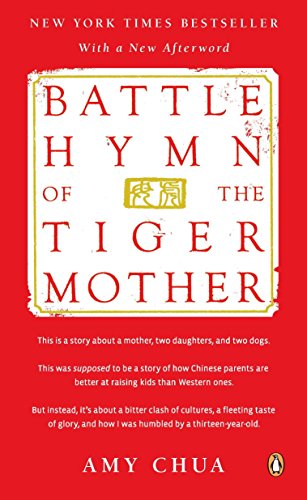 Battle Hymn of the Tiger Mother

Amy Chau started the decade with a barn-burner of a parenting memoir. It would be fair to say that Tiger Mother was integral to starting the decade’s seeming inexhaustible conversations about parenting styles. In the last few years, with all of the ink spilled over machine-parenting — helicopter, snowplow, lawnmower — tiger parenting feels like a dim memory. But while Chau’s book started a fierce debate over strict “Asain style” parenting, that’s not really what the book is about. Instead, it’s a clear-eyed look at the journey of a parent in an increasingly anxiety-ridden, economically stressed and educationally competitive American culture. The Battle Hymn of the Tiger Mother offers incredible insight into the modern parenting struggles that ultimately lead to the 2019 college admissions scandal. But unlike Felicity Huffman, Chau ultimately found a reasonable, if emotionally fraught, path to her kid’s success. 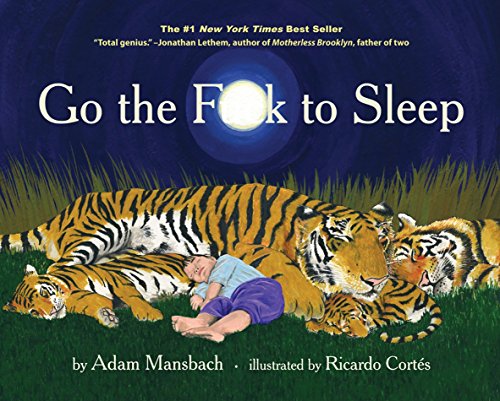 Go the F**k to Sleep

This children’s book parody earns its place on the list by being a much-needed bit of catharsis that every parent needs. The 2011 title by Adam Mansbach spoke the secret heart of every parent that ever had to get their kid a glass of water during their nightly Breaking Bad binge. But despite the profane gripes on each beautifully illustrated page, Go the Fuck to Sleep manages to avoid cynicism and maintains a hefty dose of parental sweetness. That quality meant that it found its way onto many parental bookshelves and into the mouth of Samuel L. Jackson, who narrates the audiobook version. 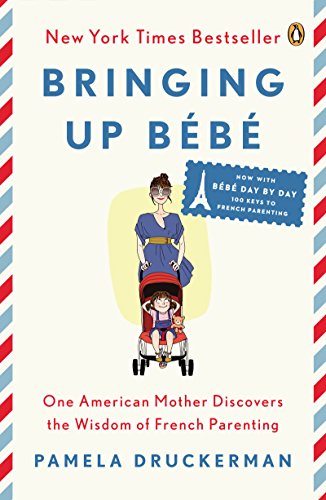 Bringing Up Bébé: One American Mother Discovers the Wisdom of French Parenting

The multi-cultural parenting book that started a trend

Released in 2012, Bringing Up Bebe by Pamela Druckerman was the continued the decade’s trend of multicultural explorations of parenting. But unlike the cultural introspection of Chua’s Tiger Mom, Druckerman brought an outside observer, ex-patriate eye to the parenting practices of the French. Those practices, she found, resulted in French kids who ate better, more diverse meals, slept through the night earlier and managed to keep quiet in the presence of adults, unlike most American brats. That said, Druckerman reveals French parenting norms of distance and disregard that would likely seem pretty harsh to Americans. Still, it’s a delightful read and top in the strange-parent in a strange-land genre that came of age in the 2010s. 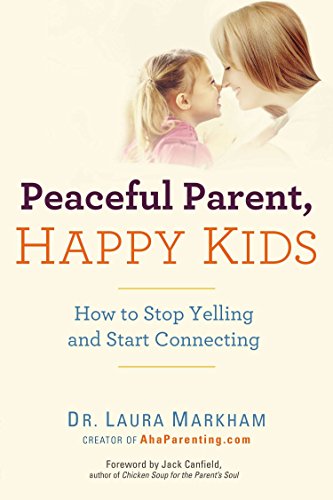 A true self-help title from Dr. Laura Markham, Peaceful Parent, Happy Kids is one of the few parenting books in the 2010s to get parenting advice right. Markham is perhaps the first parenting expert to put the emphasis not on how kids can change to suit their parent’s needs, but how parents can change to suit their children’s optimum development. By standing the typical parenting advice on its head, Markham presses parents to be introspective and patient in order to create a peaceful home that fosters cooperation, understanding, and love. 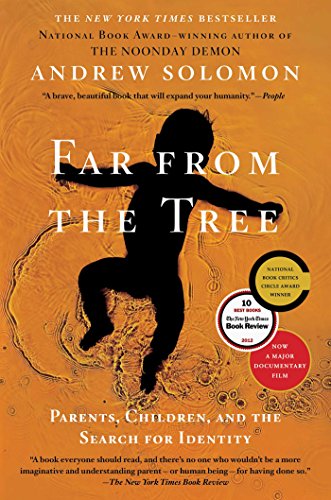 Far From the Tree: Parents, Children and the Search for Identity

A profound book about loving children who are different

Far From the Tree delves into parental extremes: Solomon offers a sober and incredibly honest portrait of neurotypical parents raising neurologically and developmentally divergent kids. These children are affected by severe forms of autism and Downs syndrome, physical disabilities, or have been imprisoned for serious crimes like rape and murder. In each case, Solomon examines how parents continue to love their kids and forge unique family identities. In the end, Far from the Tree shows readers how beauty, fulfillment, and dignity can be found in even the most difficult experiences of parenting. 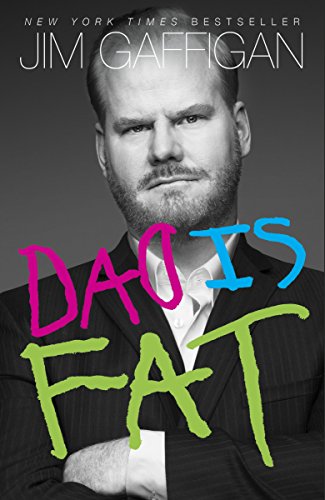 In 2013, Jim Gaffigan cemented his place in the pantheon of great fathers when he published his first book Dad Is Fat. The title is borrowed from the first complete sentence his son wrote on a dry erase board at 5-years-old and the book is filled to the brim with delightful and cringe-worthy anecdotes about raising his brood of five children. But while Gaffigan is adept at playing the clueless dad, his book never lingers too long in self-deprecation. He’s also incredibly lucid about the pure joy of raising 5 kids in a small New York apartment and offers parents a reminder that the chaos can be downright fun. 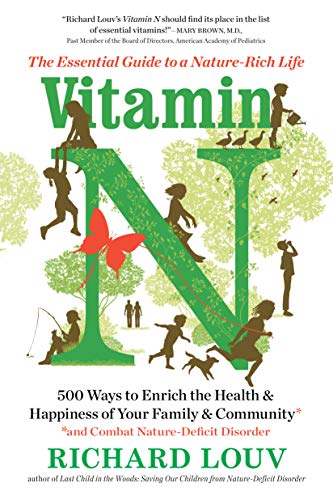 Vitamin N: The Essential Guide to a Nature-Rich Life

A guide for getting the family into nature

By The Last Child in the Woods author Richard Louv, Vitamin N is his 2016 follow up dedicated to getting kids their recommended daily allowance of nature — the vitamin N in question. Where The Last Child in the Woods was the alarm signal documenting the alienation of children from the outside world, Vitamin N is a practical guide to help reduce the trend. While the veteran journalist continues to offer compelling evidence of the power of nature, he also presents tips on how to make sure the entire family gets back to the woods as often as possible. 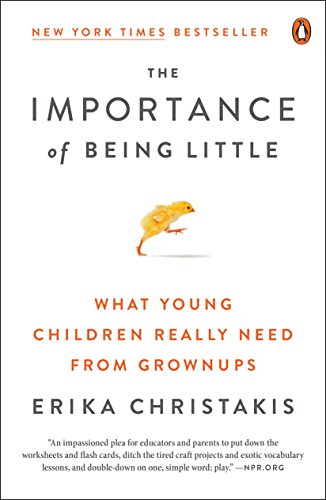 The Importance of Being Little: What Young Children Really Need from Grownups

A guide to changing the education system

In her 2016 book critiquing modern education, Erika Christakis offers a strong argument for child-led pedagogy in the U.S. school system. Her point is well made. The Importance of Being Little offers an argument, backed by a tremendous amount of data, that kids learn best by finding the answers to their own questions through open exploration and creative, collaborative play. The system of education she describes as best makes modern American schooling look outmoded and inadequate. Her frustrated rant against the ubiquitous Thanksgiving hand-turkey is particularly compelling. For parents, it offers ideas of how to support children’s creativity outside of school and provides data to help change the system from the outside in. 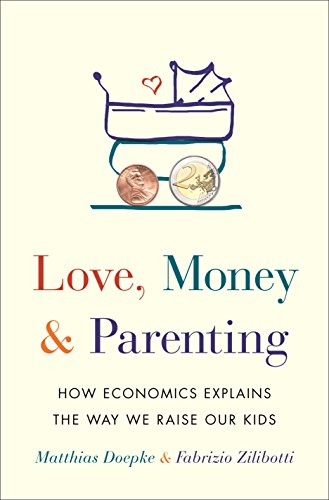 Love, Money, and Parenting: How Economics Explains the Way We Raise Our Kids

A look at how economic inequality screws American parents

Economists Matthias Doepke and Fabrizio Zilibotti offer an eye-opening argument for how income-inequality is driving parents to become more intensive and anxious. The duo chart how parenting has changed with the global economy from the 70s until today and shows that in areas of the world where income inequality remains low, parenting is a more laid back affair. Unfortunately, America is not one of those countries. This is a book for every parent who is worrying about their 5-year-olds future career and every parent who wants to advocate for political changes to make parenting easier. 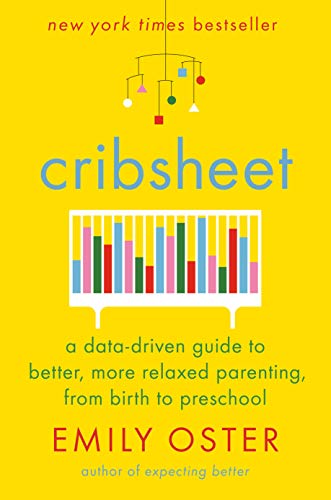 Cribsheet: A Data-Driven Guide to Better, More Relaxed Parenting, from Birth to Preschool

There has been no more dominant trend in the back-half of the decade than the relentless attack on truth. Parents have to wade through a media environment thick with misleading research stories, straight-up misinformation (on vaccines for instance) and tracts from self-minted parenting experts in order to find the best information about raising kids. Emily Oster cuts through the bullshit in Cribsheets, offering readers a very measured and reassuring look at parenthood, by the numbers, to help parents make the best decisions possible for their kids and themselves.