And you know what? That’s fine. Unlike countless annoying and utterly absurd nursery rhymes (Humpty Dumpty needs to stay off that wall)  or insipid quasi-song “events” like “Baby Shark,” the pureness and goodness of “Baby Beluga,” endures.  It’s been 40 years since Raffi released the song, which he also wrote. To celebrate the occasion, Raffi and Yo-Yo Ma released a new recording of them playing the song live, together but apart in quarantine.

Only a complete monster (or someone who doesn’t have kids, which is fine, btw) would hate this video, a celebration of a sea animal that is loved by its parents. Baby Beluga is also, thankfully, genderless, meaning it’s easy to get behind this song without confusing your kid.

Raffi Cavoukian also continues to be a fantastic idol for children and parents. Canadian-born and of Armenian descent, his success in the children’s music industry is a happy story that continues to inspire. Raffi began his music career as a protest singer, modeling himself on Woody Guthrie. Today, he still fights injustice, racism, and fascism through his thoughtful and wonderful music. He’s also had an amazing partnership with Greta Thunberg, and he’s even written a song in her honor.

Raffi’s music is there for kids in quarantine, it’s there for kids who aren’t sure if they like apples or bananas, and, most of all, it’s there for parents. In the new video, about halfway through, Raffi mentions that in the 40 years since the song’s release, there have been millions of “Beluga Grads” who ended up singing “Baby Beluga” to their own kids. He dedicates the second half of the song to them. In other words, he dedicates it to all of us.

Thanks, Raffi. If we had to be stuck with one song to sing to our kids, we’re happy it’s this one.

Later this month, Raffi will release a new version of “Baby Beluga” as a digital single with all profits going to The Climate Mobilization. 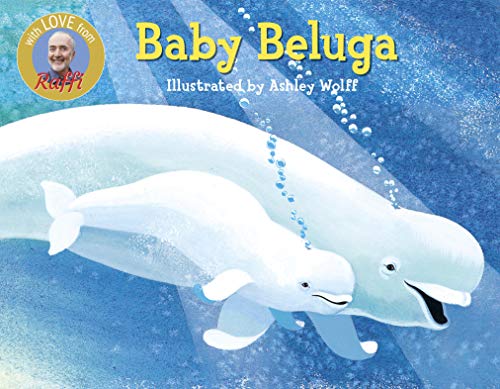 Sing the song! Read the bedtime story! We love this book.

ADVERTISEMENT
ADVERTISEMENT
More From Play
Play The 33 Best Riddles for Kids That Aren’t Too Confusing
Play 50 Tricky Riddles That Will Keep Even the Smartest Kids Guessing
Play 78 Funny Jokes for Kids (And Adults Who Like Dumb Jokes)
Play 87 Coronavirus and Quarantine Jokes to Retrain Your Face to Smile
Play The 21 Funniest, Snowiest Winter Jokes for Kids and Chill Adults
Play How to Watch the ‘Avengers’ Movies, In the Correct Order