RIP Michael Collins: The Astronaut Who Taught Us That Hard Work Isn’t Glamorous

Some people walk on the moon. Michael Collins was the guy who made sure there was a way to get back.

When Buzz Aldrin and Neil Armstrong walked on the Moon, there was another astronaut waiting to pick them up when they were done. That man was Michael Collins. A hero and legend for generations, Collins died today at the age of 90. His legacy is simple: Through his actions, he taught several generations that the hard, necessary work of life isn’t always the most glamorous.

In an obituary on NPR, writer Russell Lewis noted that Collins is often referred to as “the forgotten astronaut.” He wasn’t the first human on the moon like Neil Armstrong, and he wasn’t the guy in all the photos, like Buzz Aldrin. During the historic Apollo 11 mission, Collins’ job was to pilot Columbia, the part of the Apollo 11 spacecraft that didn’t set down on the Moon. While Aldrin and Armstrong landed the famous Eagle, Collins was waiting patiently in orbit, the designated driver tasked with picking up Aldrin and Armstrong after their historic landing.

“The operation is somewhat like the periscope of a submarine,” Collins once said. “All you see is the three of us, but beneath the surface are thousands and thousands of others, and to all of those, I would like to say, ‘Thank you very much.'”

The irony in that statement is that of the thee mega-famous Apollo 11 astronauts, Collins is the one grade-school children are least likely to remember. Armstrong gets all the credit, and as mentioned, Aldrin is in all the photos. The lesson of Collins is contained in exactly what he said about the rest o the space program: Hard work and necessary work sometimes doesn’t bring the spotlight, but it is rewarding in another way.

For parents, all of us are, in some ways, our own version of Michael Collins. We’re not the ones walking on the Moon, or getting the spotlight. That’s something we hope for our kids. But, we are there, sometimes waiting in the car, sometimes standing to the side, orbiting our own dark sides of the moon, until the moment we’re called upon to do our jobs.

The responsibility of Michael Collins was something that other astronauts certainly had. But, because of Collins’ specific place in history, it’s easy to remember his contributions to the space program only in symbolic terms. This is both reductive, but also, wonderfully accurate at the same time. Michael Collins is famous for something that is good to be famous for. He’s the most prominent behind-the-scenes astronaut of all time. Sure, that’s a contradiction, but it’s a positive one.

The world needs more people who fulfill the role that Michael Collins did during Apollo 11. We need more heroes who are content to do the job that keeps everyone safe. We all need someone to drive us home sometime, especially when we’re coming back from the Moon. Going on a huge adventure is sometimes how we think life will be. The story of Michael Collins reminds us that making sure you can get home safely is the other half of that story. 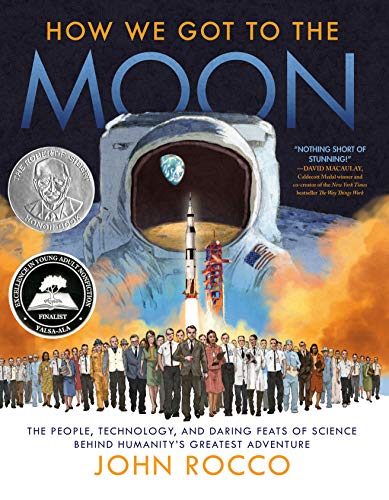 How We Got to the Moon: The People, Technology, and Daring Feats of Science Behind Humanity's Greatest Adventure

The best book on the journey to the Moon — ever.

ADVERTISEMENT
ADVERTISEMENT
More From News
News Student Loans Are About to Get A Lot More Expensive — Here’s Why
News Georgia Becomes 10th State to Mandate This Fun Extracurricular for Kids
News Interactive Chart Shows Exactly When The Total Lunar Supermoon Eclipse is Happening Where You Live
News Up to $850 in Stimulus Checks Could Be Coming for People in 11 States
News Texas Judge Tells Disney to Relocate — And It Might Actually Happen for This Very Good Reason
News Finally, Inflation Relief! Used Cars Are Finally Dropping in Price — But Slowly