The next time you catch your kid wolfing down a fistful of playground sand, take a deep breath and consider the good it could be doing for their baby immune system. Then of course tell them to stop doing that, because, gross.

Exposure to the possible nastiness in that delectable melange of dirt and sandbox cooties could actually be helpful, according to the “hygiene hypothesis.” What sounds like a marketing slogan for body wash is actually science that suggests the cleaner your baby is, the more likely they’ll be to develop all sorts of undesirable issues with their bowels and lungs. Essentially, exposure to nature is, well, a natural primer for the immune system.

Some pretty compelling studies back up the hypothesis. First, researchers at Boston’s Brigham And Women’s hospital have shown that mice raised in non-sterile lab environments proved less susceptible to asthma and Irritable Bowel Syndrome than those raised in sterile environments. The sterile-raised mice developed more invariant natural killer T cells in the lungs and bowels, which generally fight infection but can also damage healthy tissues, making them open to inflammatory diseases. As opposed to killer Ice-T cells, which are just inflammatory.

If your children aren’t mice, there’s research published in the Journal of Allergy and Clinical Immunology that found that kids who got fevers before they turned one were less likely to develop allergic reactions to all sorts of stuff later in life. There’s also this Swedish study, which found that kids in homes without dishwashers are less likely to suffer from certain allergies precisely because because the sponge they clean the dishes with is filthy AF. If you’re confused by that very scientific terminology, it means exposure to microbes strengthens the immune system. You can put that concept into practice by having your kid wash the dishes more than they wash themselves, or by following these other cleanliness tips from a guy who never bathes. 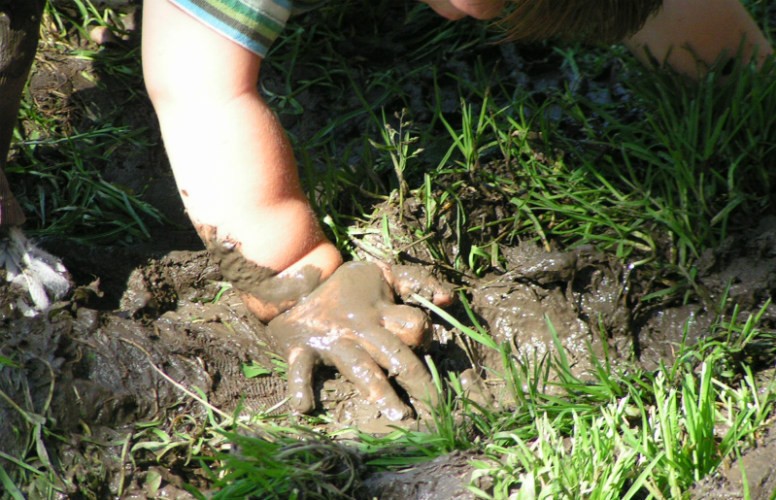 The upshot of all of this is you can relax a bit when your kid is feverish in their first year. And when that Purell-pushing playground parent stares you down as you mosey over to your sand-chowing kid without a care in the world? Fire a warning about avoiding those invariant natural killer T cells and enjoy the confused look on their excessively clean face.

ADVERTISEMENT
ADVERTISEMENT
More From Health & Science
Pregnancy The Science Behind Common Abortion Techniques
Nutrition Study: Intermittent Fasting Is Not All That Effective for Weight Loss
Health & Science Is Skipping Breakfast Bad? A New Study Makes the Case for Rising and Dining
Sickness & Allergies Yes, You Should Get a COVID Vaccine If You’re Pregnant
Health The Truth About Legalized Marijuana's Impact on Teens and Kids
Nutrition Salt, Sugar, and Fat Are the Biggest Health Threat to Kids. Anyone Listening?