The Best Toy Trucks for Toddlers and Older Kids

It's all about big wheeled things that go vroom.

At around age 2, my toddler went through an obsessive truck phase. It lasted several years, during which he could identify, on cue, any massive vehicle he spotted on the road. A backhoe! A dump truck! A garbage truck! A hauler! It went past a mere interest and became a party trick, something he trotted out with giddy abandon whenever other people were around so he could impress them with his deep knowledge base of all things six- or eight-wheeled. The best toy trucks for kids elicit that same joy, despite the fact that most of them are analog toys that have been around, in various iterations, for decades.

Believe it or not, there are actually myriad developmental benefits of playing with toy trucks. Kids learn to identify and name items, and tell them apart, as they scream out that that yes, that’s a blue bulldozer. They grasp the basics of math when they use the trucks to dig up a certain number of items, load them up, then unload them. They start to classify toys based on size and color. And they engage in cooperative play because what’s better than one lonely truck? A cavalcade of them racing each other, that’s what.

As with most toys, the simpler, the better. A truck is engaging on its own. It doesn’t need honking horns, flashing lights, or remote controls to keep kids occupied. Let them work for it, instead of having it served to them. They’ll end up doing much more interesting things with it — and having more fun.

This ride-on truck has rubber tires, a steel body, wooden ladders, and a chrome ringing bell. In other words, it's the ultimate toy for your firetruck-fixated child. The chrome steering wheel works, and it has plastic fenders to protect your walls and furniture. 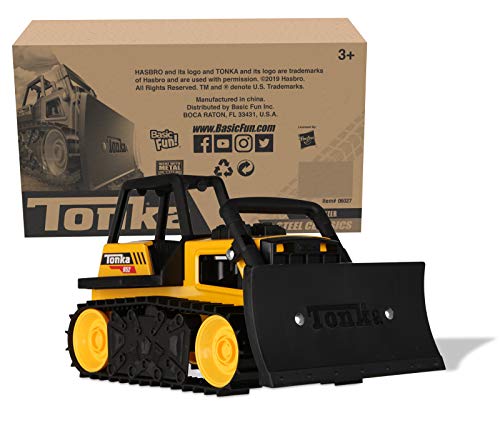 Tonka's been around forever, and that's about how long these trucks last. It's got steel backbone, and kids can move dirt, sand, and rocks with the workable blade. 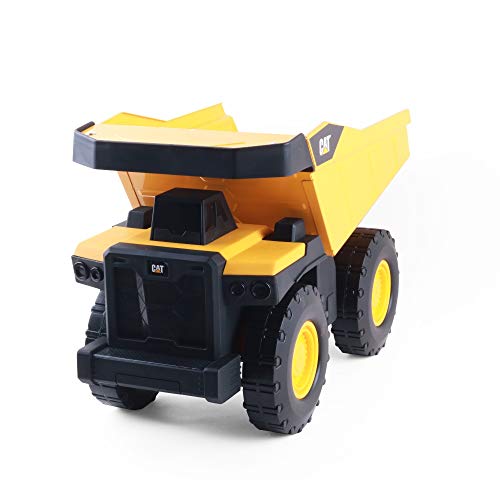 As durable and robust as the company's products, this officially licensed product is made from steel. As such, it's not the best choice for kids who are clumsy, but for those who are downright mean, it's built to last. It also has an articulating bed to drop loads wherever your child chooses.

This steel dump digger is built to withstand. Robustly made and nearly three pounds, your child will run out of dirt before its bucket wears through. 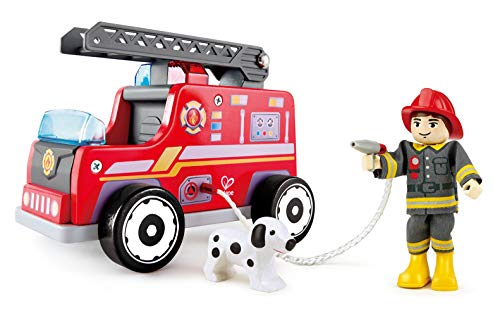 The first truck your kid will recognize and identify is the mighty firetruck. Kids put the ladder on the back of the truck, and help the firefighter climb it, hose in hand, to put out any flames. 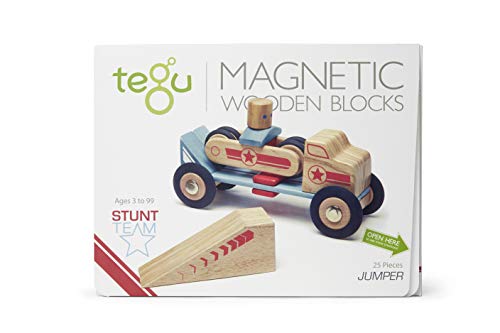 Kids can use the 25 magnetic wood pieces to build a pickup truck, or any imaginary vehicle they dream up. A perfect blend of STEM and open-ended play, from Tegu, which is known for its quality. 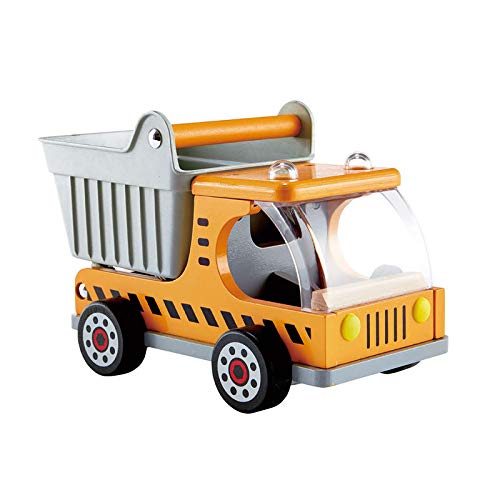 There's literally nothing more satisfying for little kids than transporting things from place to place. Ours is not to question why. 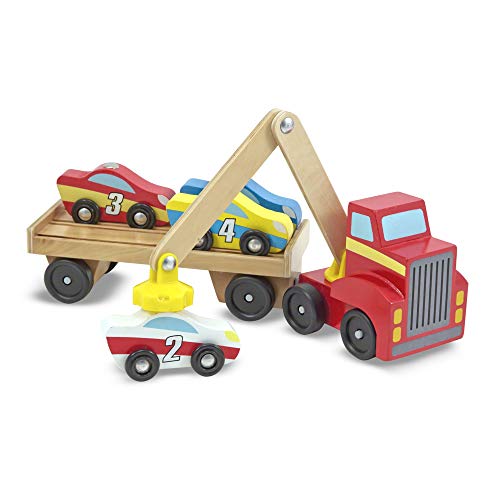 Kids use the magnetic arm to place the three cars on the back of this car-carrier trailer; it's a party for those motor skills. 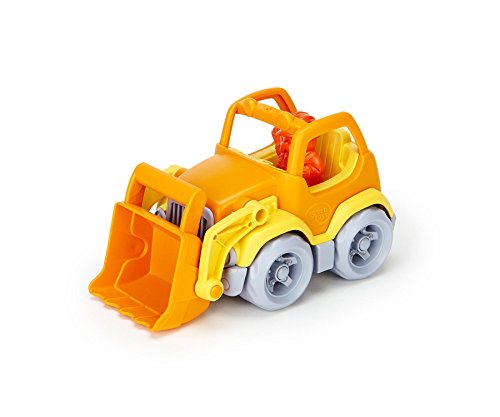 This truck, made from recycled plastic, gives those motor skills a workout as kids use the moveable front-loader to pick up and dump out stuff. 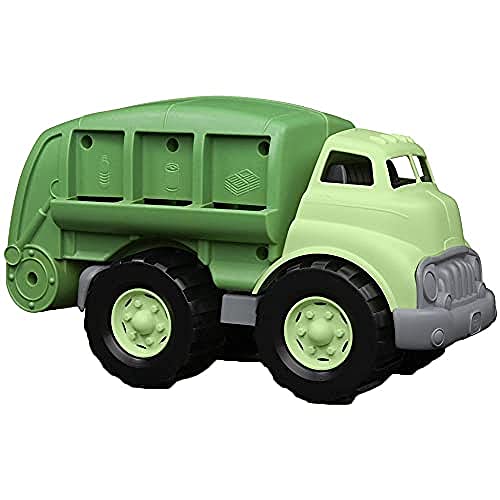 Slightly more complex is this garbage truck, which has three chutes for depositing recycling. The whole recycling bed tilts back and back rear door opens, so kids can unload those recyclables. 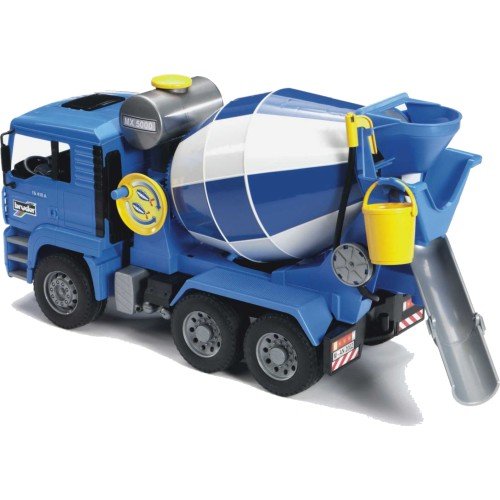 When it comes to highly-detailed vehicles, you cannot beat Bruder. This truck has a hand wheel that turns the drum and actually moves the contents around and — oh yes — the drum then empties out through the adjustable chute. Water even drains out of the water tank through the hose. 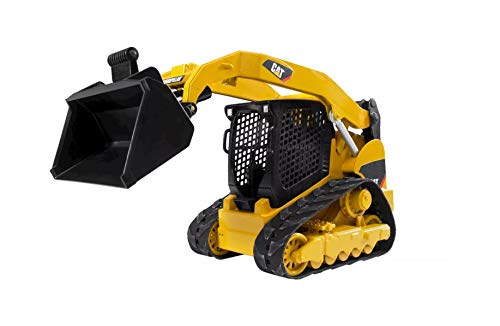 This workhorse accelerates with rubber chains that easily handle rough terrain, and the loading arm is height-adjustable and can be raised or lowered or locked into position.