8 Tiny Houses for Sale on Amazon

Need a backyard guest house? A cabin on wheels? These seven tiny houses can be purchased on Amazon and shipped to your door.

In our new, mostly homebound reality, with the majority of us still working from home and home-schooling kids, the romantic appeal of a tiny house has taken on an element of serious pragmatism. While most of these tiny houses can be made into full-time living spaces or guest quarters, all of them can become the home office, play zone, temporary classroom, gardening studio, or game room you’ve always wanted and suddenly need. A tiny house is an at-home oasis, where you can bask either in beautiful solitude or relaxed togetherness.

The tiny house lifestyle has spawned at least five different television shows and dozens of glossy photo books and DIY manuals. Part of the original appeal was that tiny houses facilitated a minimalist and less stressful existence, by forcing its occupant to eliminate what you don’t actually need. It’s kind of the opposite of the Amazon ethos, which makes it as easy as possible to buy as much as possible. Ironically, Amazon is also a great place to find tiny houses for sale.

8 Tiny Houses You Can Call Home 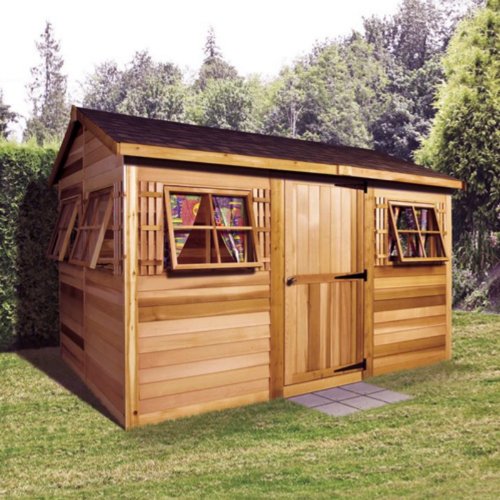 Think of this option by Cedarshed as a three-season tiny house. Similar to the bonus room that takes the same name, it's light on insulation, but for the milder months, it's a great option with a cheaper price. Its six awning-style windows allow a pleasant breeze through, while the six-by-nine footprint allows a few chairs or hosting your child's sleepover. While this kit includes its foundation and roof, there's no insulation, though the company says you can add it yourself with ease. 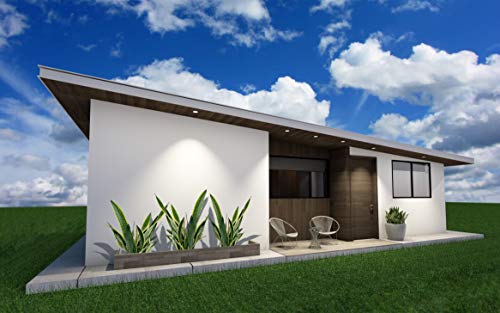 At some point, structures cross the rubicon of 'tiny home' into studio apartment, and Starenergy's is flirting with the line. As part of its massive 667-square-foot size, it includes 10-foot ceilings and insulated walls, all rated (and guaranteed) to last 25 years or more. It's also rock solid, protected from seismic events and 160-mile-per-hour winds, although it should be noted that you can upgrade it further to withstand even greater loads. The only consideration with a kit like this is that it's essentially a shell, ready for the end user to select a floor plan that suits him or her best. Note that as you might expect, you'll need to run your own electric and plumbing, as well as lay your own foundation. 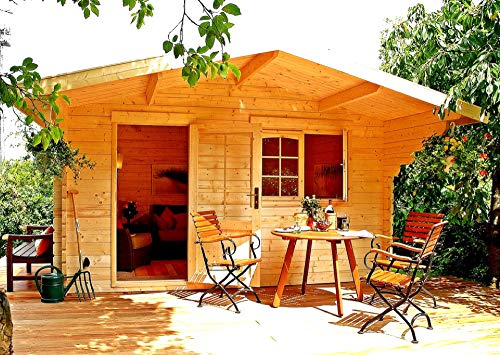 As its name implies, this all-wood kit provides a certain amount of tree-house vibes at the expense of some amenities, making it a great choice only for some. Inside, it's a modest 113 square feet (approximately nine-by-12), which also can be smaller than some would like. Still, there's the ambiance created by almost two-inch-thick Nordic spruce planks interlocked in a wind-blocking design. With a six-and-a-half-foot height, it's tall enough for most to stand upright and move about. A foundation and, surprisingly, shingles aren't included, and you may wish to add insulation to get through the colder seasons. Still, the company says two dudes like you with three days can put it up with ease. 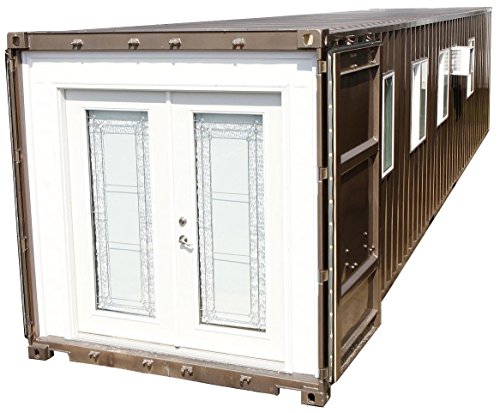 It's been at least a decade since repurposing shipping containers as dwellings entered the public consciousness, and MODS' latest shows how far the category has been refined. This fully furnished, 40-foot-long tiny home is plug-and-play, with electrical and plumbing already run, along with appliances, insulation, AC/heat, and more. Its pre-installed rooms include a bedroom, shower, toilet and sink, kitchenette, and living area, the latter of which opens through double doors into the patio. Because of the unique source material, it also allows for several foundation options, including interspersed concrete footings. 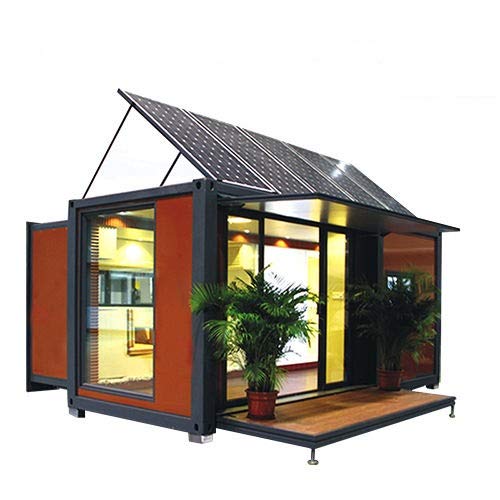 Besides the large amount of ambient light available in this tiny home, what caught our eye was its use of solar power for energy. This is incredibly handy, as running electrical to a structure can be pricey on its own, never mind the cost of the structure itself. Assembled on your own, the pre-drilled galvanized steel panels are incredibly durable, being both water- and fireproof, as well as being wind- and seismic-event resistant to a point. Another nice thing: Like the previous option, this one's foundation can be a full slab or as few as 12 concrete blocks. Its price also includes a full layout, including shower and bathroom, dining area, kitchen, and more. 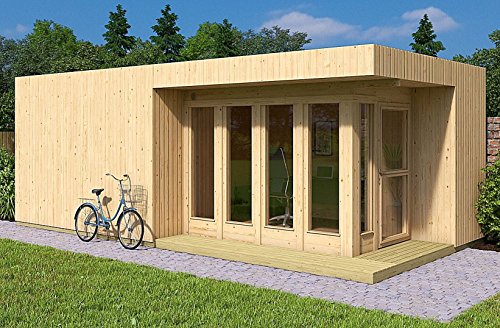 Possibly the only tiny home on this list in which we'd consider entertaining, we loved the in-unit patio design of this two-room structure. As with the company's other home on the list, this 238-square-foot unit is comprised primarily of wood, and it's so light that it can be set up on top of a building (definitely check your building's rating prior to installation). Big windows offer a ton of natural light, making it a great option for a work-from-home office. While it does not include insulation, plumbing, and electricity, all these can be installed after-market, with the company offering guidance on such modifications. With two men, it assembles in three to five days. 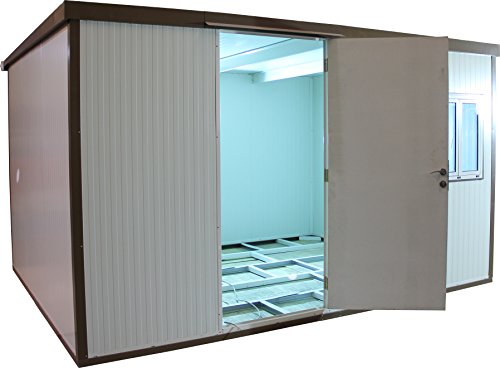 Possibly the most humble building on this list, when you dig in, there's a lot to like about Duramax's option. First is its included insulation, which improves its heat and cool retention as well as its acoustics (garage musicians take note). In part because of its inner- and outer-steel components, it's also one of the strongest on this list, with its roof alone being rated at 30 pounds per square foot. Its downside is obvious: the lack of aesthetics. There are no individual rooms, patios, electricity, or plumbing (although all can be added yourself), and only one small window. Still, for the man who wants his privacy and brings his own lights, this is solid choice. 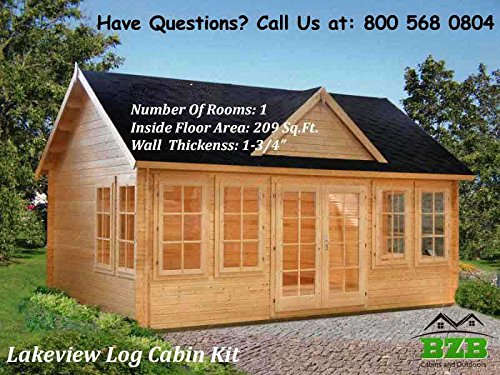 Admittedly, many tiny homes look more akin to alien spaceships. Not this one from BZBCabins.com. Its handsomely designed unit looks like a small home, thanks to a gable, eight dual-pane windows, and two glass-filled french doors. While you'll need a football field's length of curtains for privacy, its great amount of natural light and beautiful exterior will make it an easy sell to your partner. Of course, as a living space you'll need to run the usual electricity and plumbing as well as insulation, and its single room would need to be divided to create a bedroom. But wherever you take it, its bones are beautiful.