Affordable, delicious, and as healthy as you want to make it, Ken Forkish’s Naples-via-NYC pizza will make you a hero in your household.

Nothing belies the perfect simplicity of pizza like trying to make pizza at home. You set out for the Bay of Naples, the sun on your face, but somehow end up marooned in a remote saucy archipelago, swimming for your life toward a godforsaken island of dough.

Making pizza at home is challenging in part because there are so many hidden ingredients, including time, temperature, and the pizza-maker’s technique. What takes a minute to order for delivery can take days of patient effort to cook at home. In Naples, where pizza was invented and perfected, pizzaiolos have dedicated lifetimes to mastering this simplest of dishes, transforming cheap, abundant ingredients into something transcendent and sustaining.

So why bother? “If you get a great pizza from a place like Roberta’s [in Brooklyn], it’s an awesome experience,” says Chef Ken Forkish, who’s dedicated years to developing a Neapolitan–like pizza perfect for the home oven. “But when you make your own pizza, that’s satisfying on a whole other level. Home kitchen pizza is a pizza of its very own style — it’s a legitimate thing.”

Forkish has become the Virgil to a whole new generation of dough-making Dante’s during the pandemic. His first book, Flour Water Salt Yeast: The Fundamentals of Artisan Bread and Pizza, hit the New York Times Bestsellers List in April — eight years after its publication — as house-bound Americans turned to baking for comfort and sustenance. And his second book, The Elements of Pizza: Unlocking the Secrets to World-Class Pies at Home, is dedicated to the history and technique of pizza-making.  “There’s something about working with dough that’s comforting,” says Forkish “It’s mixing it, handling it, stretching it out to make pizza, and then eating it.”

With Forkish as our guide, here are some tools, tips, and tricks for making great pizza at home.

Forkish’s Elements offers some of the clearest technical instruction available to the home pizza-maker. It also tells the whole story of pizza — from dough secrets gathered from Neopolitan masters like Enzo Coccia, a third-generation pizzaiolo, in Naples, to the new forms pizza took when it reached the United States well over a century ago. As someone who left the world of tech during a self-described midlife crisis because he “yearned for a craft,” Forkish has the special ease of the outsider/insider and a talent for laying out the process with incredible precision, but in a way that’s easygoing, egalitarian, and encouraging.

Ever the traditionalist, Forkish says his favorite pizza-making tool is the human hand; but, of course, there are few other basic tools are useful for pizza-making, namely: a 4- to 6-quart dough tub that lets you see how fermentation is coming along; a stainless-steel dough scraper for working the dough; a digital thermometer; and a digital scale (weighing ingredients by weight, rather than volume, is key). 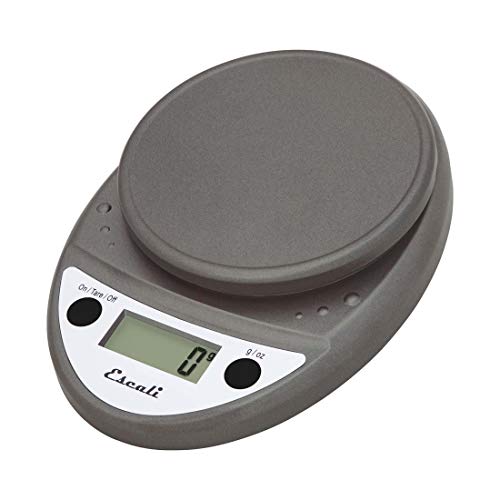 Forkish has used this scale for years, praising it's accuracy, ease of use, and durability. It gives a quick read in 1-gram (or .o5-ounce) increments and can measure accurately up to 11 pounds.

Just because ThermoPop comes in nine bright colors, doesn't mean it isn’t a serious kitchen tool. Handy and reliable, you can use this thermometer to check everything from the temperature of pizza dough as it develops to the doneness of meat on the grill.

Pizza dough may be nothing more than flour, salt, water and yeast, but those four ingredients can end up in wildly different places, depending on how they’re handled. Forkish says the big secret of making great pizza dough at home is patience and observation. The biggest misstep for most first-timers, he warns, is rushing the dough.

“If your dough ball is fully relaxed, it’s really easy to stretch it out — if it’s tight, it’s gonna rip.” (Forkish has a series of helpful videos on every step of the process, which you can watch here.)

Elements includes a range of dough recipes — from same-day doughs that use commercial yeast to 72-hour doughs developed from wild yeast. Those new to the world of stretching and folding, he suggests, should start out with a simple dough. “Once you’ve got everything else figured out, you can start experimenting.” Whichever path you choose, there are some fundamentals to keep in mind:

We’re living through an amazing resurgence of high-quality artisanal flour — with mills working overtime this year to meet the pandemic-related surge in demand: Family operations like Janie’s Mill, a 5th-generation farm in Illinois that started stone-milling its own biodiverse flours in 2018, sell specialized pizza-dough flours. There are dozens of excellent family-run and small-scale flour mills around the country — with a little research you can almost certainly find one nearby. You also can’t go wrong with Forkish’s supplier, Shepherd’s Grain, or Caputo flour, from Naples.

Forkish uses Shepherd's Grain flour at his bakery and restaurants, and you can order home-baker size (and 50-pound) bags of their flour directly from their website. Launched in 2003, Shepherd's Grain works with a few dozen family farms, all of whom are profiled on the site, and all of whom are committed to traditional techniques and the best sustainability practices, including no-till, direct-seed farming to 'preserve the land for generations to come.' 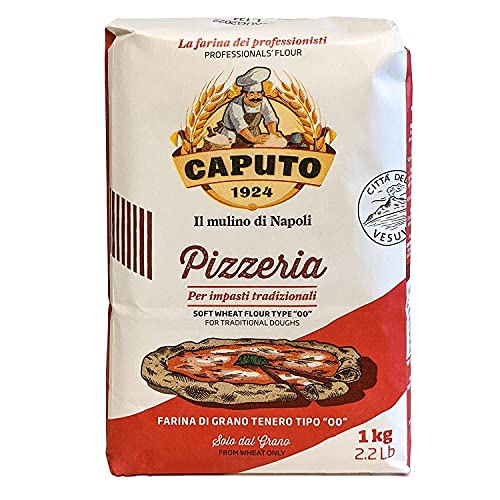 An excellent place to start — or to keep going: Caputo flour, straight from Naples, packaged in the famous blue bag. Caputo draws on wheat from different regions in Italy, and Northern Europe, and is in its third generation of family mill masters. The higher-gluten '00' flour is ideal for pizza.

Topping the Pizza: The Rewards of Self-Restraint

If letting pizza dough develop is all about time and patience, loading your pie with toppings is more like the lightning round. The longer the topped pizza sits on the peel, the greater the risk that the sauce will soak through and stick the dough to the peel — resulting in a horrible accordion-shaped heap.

“You want to have everything together and in place,” says Forkish, “your cheese, your toppings, basil, olive oil, whatever, so that you top it rapidly, and as soon as it’s topped you get it right into the oven. And always, if you’re loading it with a peel, give it a little bit of a shuffle to make sure that it will slide off and you get a sense for the movement.” Forkish also emphasizes the need for self-restraint when it comes time to loading up your pie, “hard as it may be.”

“Discipline is a good thing to have,” says Forkish. “I like a saucy pie, it’s really easy for me to put too much sauce, and then you end up with kind of, like, pizza soup — and that’s not in a good way.” Same goes for toppings: “It’s so fun, suddenly the universe of toppings is available to you. And it’s very hard to wean yourself off all the options, but it’s very rewarding when you do.”

Firing Pizza in a Home Oven

The biggest technical challenge for the home pizza-maker is the home oven, which typically maxes out at 500 degrees. Traditional Neapolitan pizza is cooked very fast in ultra-hot ovens that soar around 900 degrees. But if you’re not ready to invest in a portable mini-inferno like the Ooni or the Roccbox, you’ll have to adjust the other variables: time and technique.

Pizza stones and baking steels amplify the power of the home oven by simulating the super-hot surface of a pizza oven. Along with the scale and thermometer, a pizza stone or baking steel is an indispensable tool. Because pizza stones release heat more slowly (and are more susceptible to breaking), Forkish recommends investing in a quarter-inch baking steel, which lets you fire pizza hotter and faster, giving the crust the distinctive “leopard spots” of the best pizzeria-fired pizza.

This pre-seasoned baking steel measures 16 by 14 inches, and is the recommended quarter-inch thick. It's a bit hefty, at 16 pounds, but it's virtually indestructible and works beautifully on the grill, over a campfire, or in the oven. And it's made in the U.S.A.

Though Elements is focused on making pizza in the home oven, Forkish says he’s a big fan of the new class of portable pizza ovens. “I think all that stuff’s fun and cool,” says Forkish. “I think they’re awesome. I’ve seen people that I admire, like Kenji López-Alt, he’s done some things with Roccbox and the Ooni that looked completely legit. Really nice, super-high-temp Neapolitan pizzas.” (Also, check out López-Alt’s children’s book Every Night Is Pizza Night.)

As much as we love pizza, we’re all guilty of taking it for granted, and making your own can be a humbling experience. Things can go wrong. “We learn more from our mistakes than our successes,” says Forkish. “Think of this as learning a skill that will last you a lifetime, and accept that if you screw up a couple things your first few tries, you should stick with it because it’s fun and satisfying, and you’ll very quickly have a new skill that is gonna be really nice — just to know that you can pop a great pizza out of your own oven.”