"I can't just disappear and take a nap. We all know where everyone is at every moment, so there's no escape."

Almost exactly one year ago, Jesse Tyler Ferguson hung up his ice skates and wrapped his Emmy-nominated turn as uptight helicopter dad Mitchell Pritchett on ABC’s Modern Family. Proving that life does, at times, imitate art, a few months later, in July, he became a father in real life with the birth of son Beckett Mercer Ferguson-Mikita, delivered via surrogate.

It’s both the best of times and the worst of times to be a doting new parent because you’re there for every burp and crawl, but there’s also no escape. Ferguson and husband Justin Mikita have been hunkering down, at home in Los Angeles, reading soft books with Beckett and going on socially-distanced bike rides.

Given his culinary prowess, Ferguson has been forced to make peace with his stove, which is somehow both his raison d’etre and his nemesis. “I’m just wildly exhausted of cooking. Justin asked me over breakfast, what we have planned for dinner. Can I finish my cereal first? I don’t want to think about dinner,” he says. The new dad talks to Fatherly about his new cookbook, Food Between Friends, what he’s reading to Beckett, and why you won’t see the kid’s face on social media.

He’s with my mother-in-law right now. This is his awake time.

How is first-time fatherhood treating you?

It’s been great. It’s been something I’ve been wanting to do for a long time, but I didn’t really imagine doing it in the year that was 2020 but that’s been both a blessing and a curse. I was meant to be doing a play in New York when Beckett was going to be born in July. And obviously, that didn’t happen and I was able to be totally present for those first few months. And that’s something that I was nervous about missing.”

So that’s been really, really lovely, but that being said — I remember watching Ty Burrell and Julie Bowen when they were doing Modern Family in the early years and they both had young kids and after they were done shooting their scene, they would just go back to their trailer and not tell their spouses that they were done yet and just get a one hour nap in. I can’t just disappear and take a nap. We all know where everyone is at every moment, so there’s no escape. I’m ready to go back to work.

I’ve always had a love-hate relationship with social media. I do it because I see that there’s great power behind it. It’s certainly great for selling a cookbook or talking about an important cause. I see a lot of value to it, but I just feel for me, and this is just my opinion— I just feel like he doesn’t have a choice in that right now. And so when he can make that choice, if he decides that he wants to be a part of social media, that’s for him to do at that time. I have a private page for my family. He doesn’t have a choice in the matter. I’m trying to be cognizant of it.

What’s shocked you the most, in a good way, about meeting your son?

It’s all the cliche answers. You never imagined that you could love someone as much as you love this person. What’s surprising is, I assumed that when I first met him, there would be this instant connection and bond. Yes, I fell in love with him quickly, but there was a few days where it’s the whole getting to know you process — I didn’t assume it would be the case with the baby. That surprised me. 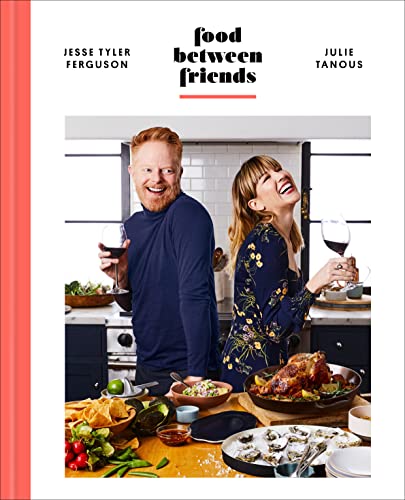 Food Between Friends: A Cookbook

Jesse Tyler Ferguson's recipes are an homage to his home state of New Mexico. And yes, he's eager to host his first post-pandemic dinner party.

And at least, speaking of work, you also have the book to focus on, while being stuck indoors.

The pandemic part was obviously not planned. Believe it or not, I did not plan the pandemic. We were still actually in the development stage of the cookbook when we all went into lockdown — we were still testing and developing recipes in March and April and having a hard time finding ingredients as we all were. So it was a really challenging time, but also a great thing to have to focus on. I had a purpose every day.

I know every parent, just about, has cooking fatigue. What about you?

It’s been nice having something I have to cook. I have to develop these recipes. I have to test them again and again, to make sure that they’re right. And so there’s the fringe benefit of, dinner is done.

I miss doing dinner parties. I haven’t been able to cook for a group of people. And so I’ll make a dish and Justin and I have leftovers for few days and our fridge is very full, but also I wish I could share with my friends.

So if you could have a dinner party, who are your first guests?

I’m very close with my friend Patrick Adams, who is actually just a few doors down. He and I were meant to do the play together on Broadway. He’s an actor and his and his wife Troian Bellisario are good friends and I’d love to have them over. They have a little girl, so it’s nice having some kid energy around the house. I just want to see my family. We used to have these big family get-togethers and we haven’t had the chance to do that because no one’s traveling right now.

Any plans for a Modern Family reunion?

Beyond a casual dinner — nothing official, but I would, I’m desperate to see them. When we were wrapping up the episode, last year, around this time, the final episode, we talked about maybe getting together a year from that day and celebrating and having dinner. That would have happened if we weren’t in this lockdown.

The Baby Books Ferguson is Reading 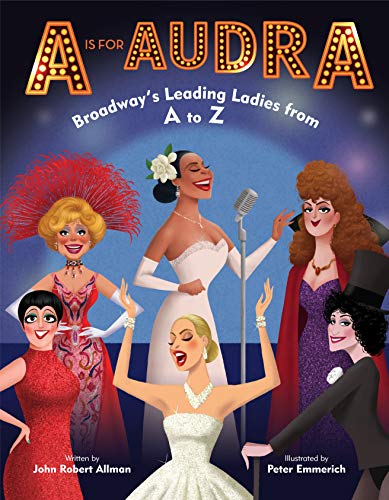 A is for Audra: Broadway's Leading Ladies from A to Z

This is one of Ferguson's favorite books to read to Beckett: 'It's basically just the ABCs, but set to Broadway divas.' 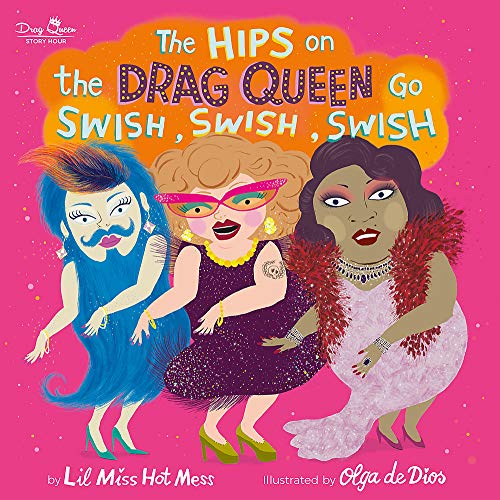 Another Ferguson go-to: You can read this book and sing the same tune as 'The Wheels on the Bus.'