From ogres to otters, squiggles to similes, there's more mayhem and magic to love after Tollbooth.

If at least one of your childhood summers wasn’t spent lost in the pages of Norton Juster’s classic, The Phantom Tollbooth, I feel a little sorry for you. It’s a right of passage for kids, and there’s a strong case to be made for re-reading it as an adult, too. So if you need a reason to call in sick and curl up with a copy of Tollboth, we’re happy to oblidge. But before you get to Tock, might we suggest getting your hands on a few other brilliant books from the prince of prose himself?

Juster, who recently passed away, was a talented architect and began writing children’s literature out of boredom. His claim to fame came from Phantom Tollbooth, of course, but he wrote a total of twelve books in his career, a mix of picture and chapter books that are wonderful to read no matter your age. We’ve whittled down our eight favorites, so you can keep the magic going long after Milo’s return from the Lands Beyond. 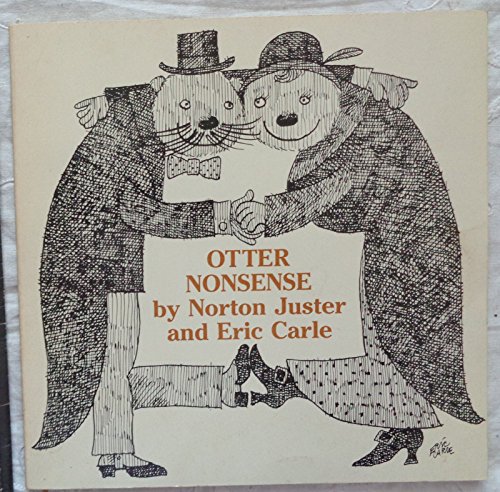 Carle and Juster together? We’ll take it. Otter Nonsense is a super short book of animal puns ('heron gone', 'lemming meringue pie', and– well, you get his porpoise...) paired with simple black and white illustrations by Eric Carle. If you’ve got a kid who loves puns, (or if you’re a dad who leans in hard to the Dad jokes), this one’s for you.

A little girl goes to visit her grandparents, Nanna and Poppy. They have a special window in their house that looks like any other window, but it’s not: it’s the hello, goodbye window, where anyone can come to visit and where anything can happen. With its bright, vivid illustrations and classic Juster style, this picture book is sure to be a hit for your whole family. 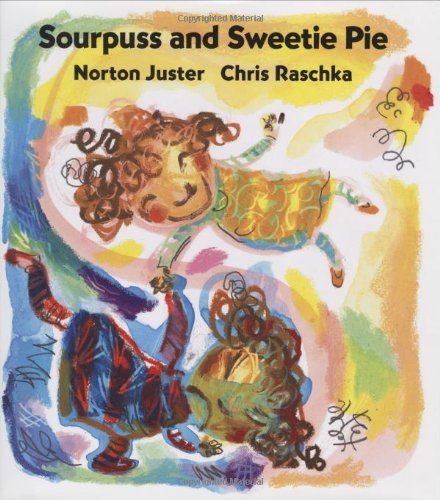 Sourpuss and Sweetie Pie is the sequel to The Hello, Goodbye Window. The same little girl as before comes back to visit her Nanna and Poppy, but she’s got a whirlwind of emotions she brings along with her. Sometimes she’s sweet, kind, and polite, and other times she's fierce and fiery. Any parent will be able to relate to the turbulent mood swings of Sourpuss and Sweetie Pie, and will appreciate the reminder from Nanna and Poppy to try to react with love and patience, no matter the mood.

The Dot and the Line: A Romance in Lower Mathematics

This is a strange one, but delightfully so. A line falls in love with a dot, who in turn is enamored with a “wild and unkempt squiggle.” The line adapts, figures out angles, and tries new things to win the attention of the dot. This was Juster’s follow-up book after Phantom Tollbooth. It was a staple inside classrooms throughout the 60s and was even adapted into a short animated film that won an Oscar! A great book to help you and your kid remember to push perspective and draw outside the lines.

As Silly as Knees, as Busy as Bees, illustrated by David Small

This is a book of 225 rhymes and similes, as sweet as pie and as fun as the Fourth of July.

More than 50 years after the Phantom T was first published, author and illustrator came back together again with The Odious Ogre. This is a short and silly tale about an ogre with a mean reputation. But his reputation makes him lazy– he doesn’t really have to work all that hard to scare people in his village. When he takes a wrong turn and ends up in a town further away, he meets a woman who has no idea who he is...and treats him with nothing but kindness. Though missing some of the creativity and cleverness of Phantom T, The Odious Ogre is a fun and light-hearted story for both young and old.

Anyone who has ever had to move to a new place and start all over with a new group of friends will identify with Neville. Juster is just as clever as ever in his storytelling, encouraging children with his dry wit ways to shout for help when they’re in need. There’s always a friend (or a neighborhood of friends-t0-be) who will be happy to help.

Three short stories in one! The first is about a simple farmer who knows nothing and goes on a journey to find meaning. The second tells the story of a boy who gets pulled into a painting...or does he? And the third is about two very different kings ruling very different kingdoms who get a chance to see things differently. These stories feel the most akin to Phantom T of the lot, rich with plot twists, colorful characters, and thought-provoking endings. Do yourself a favor and find a copy for your bookshelf, ASAP.

ADVERTISEMENT
ADVERTISEMENT
More From Play
TV Here's the Complete Schedule of Every Single Jeopardy! Guest Host
Movies The Big Bad of 'Shang-Chi' is a Bad Dad Covered in Marvel Easter Eggs
TV Arnold Schwarzenegger Is Starring In a Kids' Cartoon Made By Stan Lee
TV 20 Quotes from 'The Office' that Perfectly Capture the Hellscape that is Parenting
TV 'Falcon and Winter Soldier' Julia Louis-Dreyfus Cameo Explained: Who is Contessa Val?
Books 4 Classic Adventure and Survival Books to Get You Through Anything