Honest PTA Letter Captures the Pain of Trying to Help

Parents universally loathe a school fundraiser. But it looks like the end of parent-supported cupcake mongering and something-a-thoning may have finally arrived. One Redditor using the handle Charlie_Olliver posted a hilariously straightforward letter from the PTA at his son’s elementary school, in which the organization has given up decorum for forthrightness. Instead of having parents and kids hoof it door to door while their kids sell seasonal wrapping paper or overpriced scented candles the PTA just simply asked parents to pony up a donation.

The name of the elementary school in question was redacted from Charlie’s original post, but based on his Reddit profile, it’s located somewhere near or in Lexington, Kentucky.

“Shoutout to the PTA at my kids’ elementary school for the most hilariously honest fundraiser I’ve ever seen,” the caption on Charlie’s post reads. 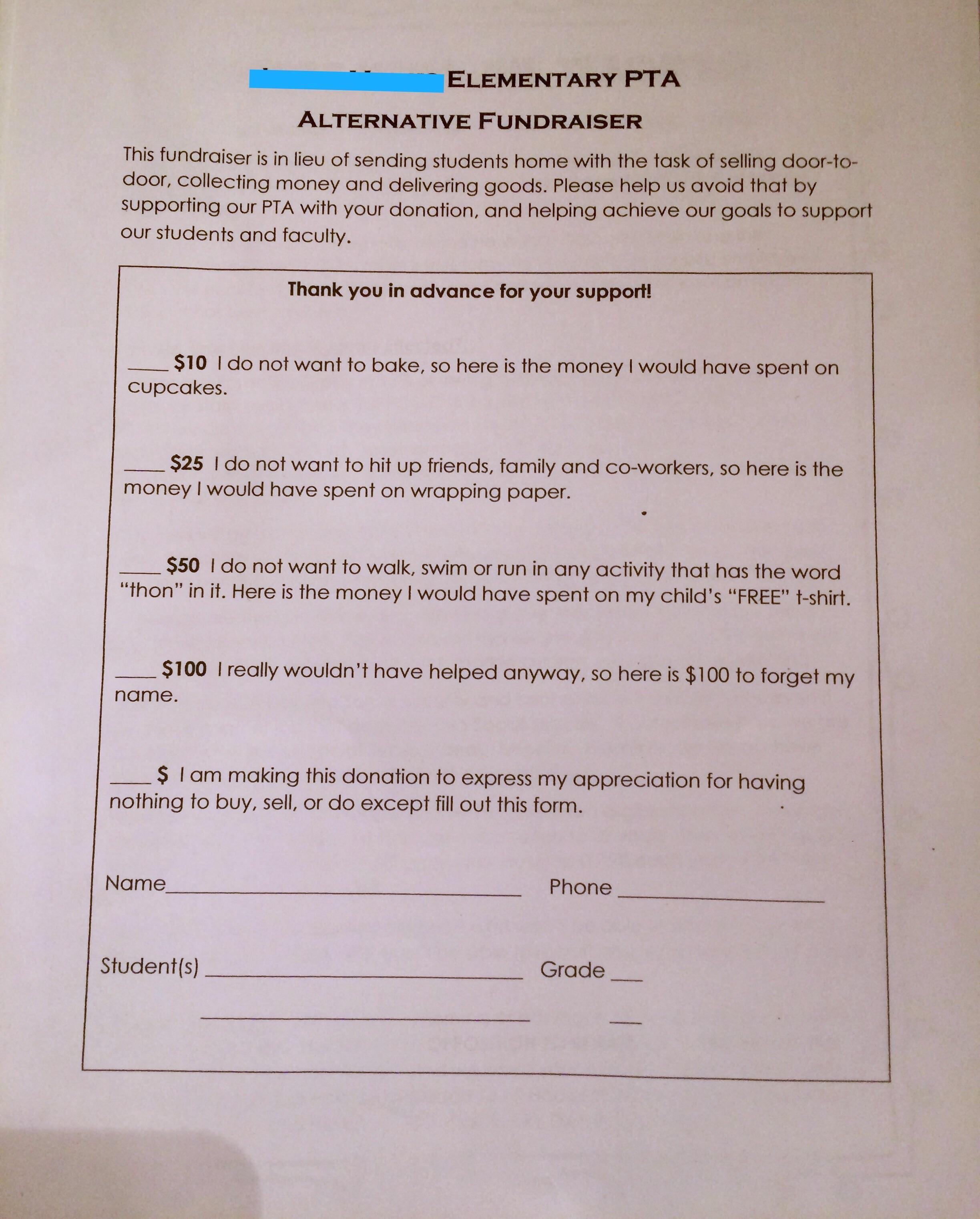 Parents were given the opportunity to donate anywhere from $10 to $100, with a final space left black at the bottom where they could put down any donation amount that’s wasn’t already listed.

For a $25 donation, the text reads, “I do not want to hit up friends, family, or co-workers, so here’s the money I would have spent on wrapping paper.”

The $100 option is even more cynical, reading “I really wouldn’t have helped anyway, so here’s $100 to forget my name.”

Interestingly, much of the letter seems to be lifted verbatim from a 2015 fundraiser at a Dallas, Texas middle school. Despite this, Charlie’s post has still racked up over 2,500 comments so far, hundreds of which are from parents who wished the PTA at their kid’s school would do the same thing. Several commentators even pointed out that their local PTA’s tried a similarly hands-off approach to great effect. At the end of the day, you can’t really blame anyone for copying such a good idea.