No parent wants to limit their child’s ambitions … until your kindergartener’s classmates start talking about how they plan to save the world and yours announces, “I’m going to be a dinosaur!” When that happens, refer back to this list. You might recognize a few names — business moguls, Oscar winners, billionaire entrepreneurs, and even a President. Turns out, the Oracle of Omaha actually was an oracle, but most of these folks wound up pretty far from where their childhood self intended to go and the world was better for it. All of which is to say that “dinosaur” is a perfectly reasonable thing for your kindergartener to want to be when they grow up.

Wanted To Be: An Actress
Technically this one came true, although everyone knows where Oprah really made her money in beekeeping. 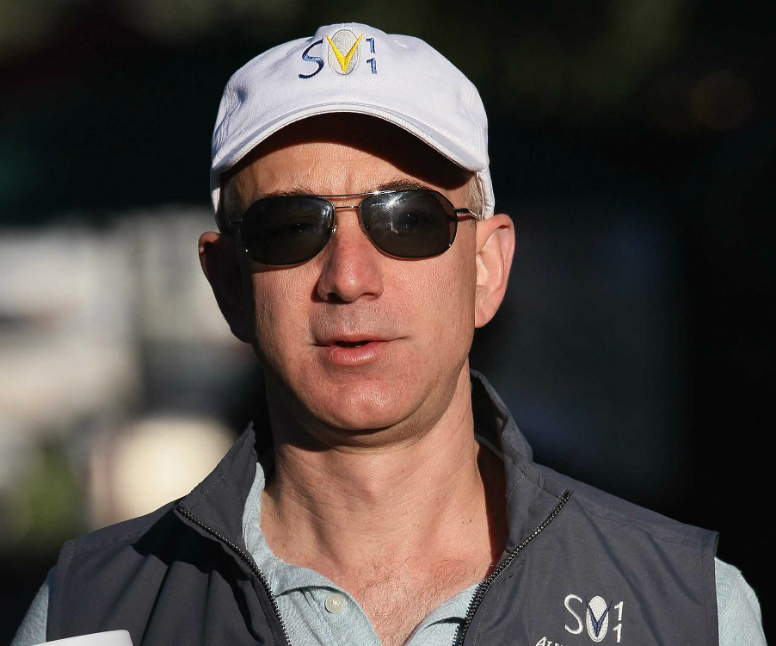 Wanted To Be: An Archeologist
Then an astronaut. Then a physicist. Then a computer programmer. Figures, Mr. Amazon wanted it all. A new career is about the only thing you can’t buy from Bezos on a drunken whim. Yet. 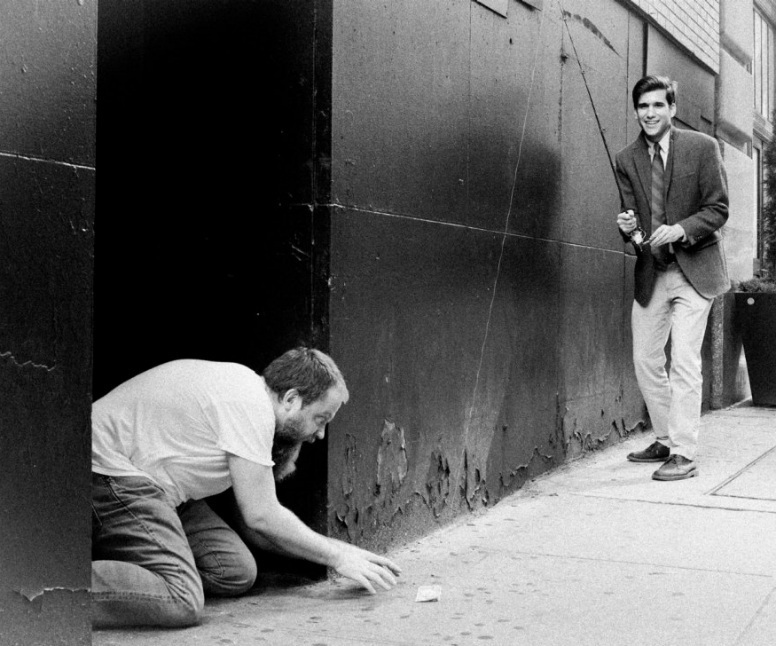 Wanted To Be: Rich And Famous
Noble aspirations, indeed. You think he would’ve added, “President” if he’d known the other 2 would definitely happen? At the very least he probably would have thrown in, “Guy with a better name than ‘Mitt.'” 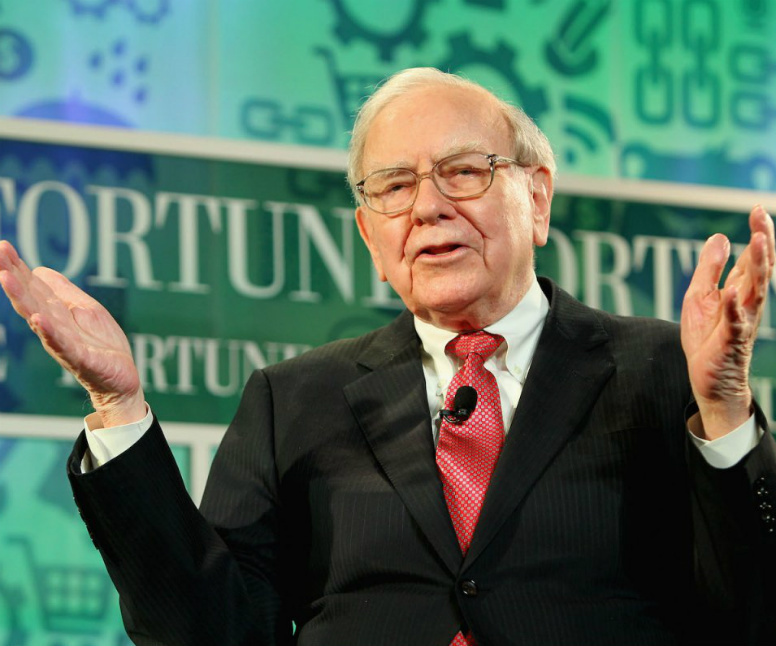 Wanted To Be: A Stockbroker
Really, Warren? You couldn’t have at least said, “Astronaut” for a couple of years? Just to give everyone else a shot? 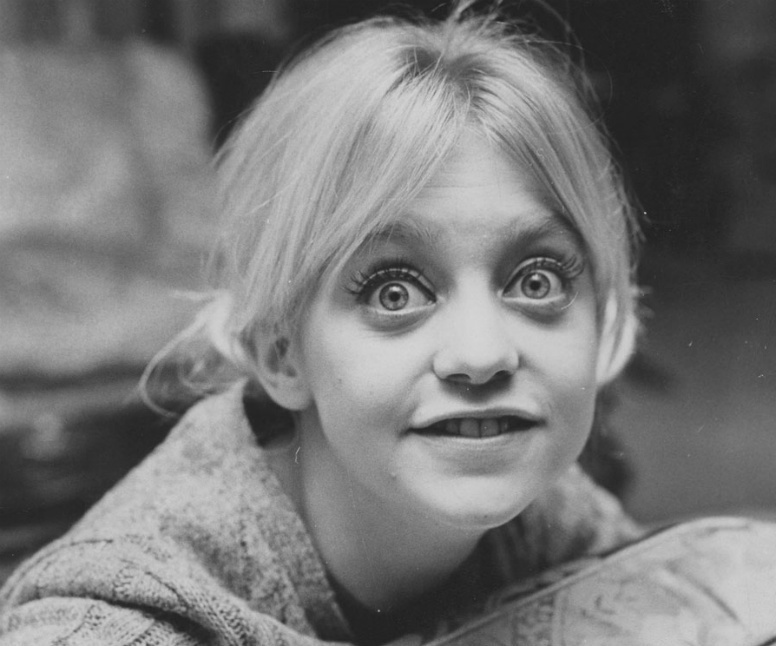 Wanted To Be: Happy
She may not have originated this quote (maybe it was John Lennon, maybe it was Linus, nobody really knows), but Goldie definitely said it once. At least according to Goldie. Quotes are confusing. 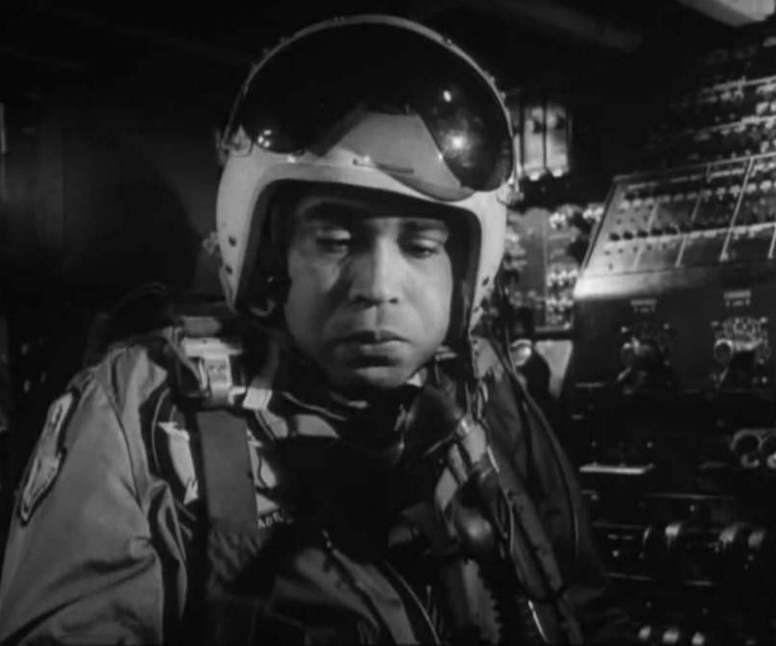 Wanted To Be: Doctor
He’s not one, but he has played one on TV! And in the movies. 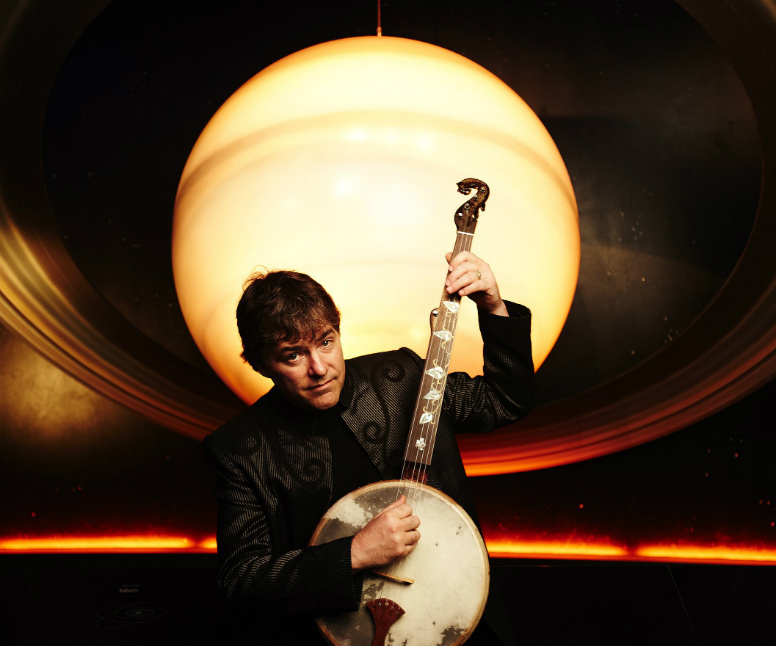 Wanted To Be: A Science Fiction Writer
Fleck chose music in high school when his boss at the library reacted to his time off request for a gig with a career ultimatum: music or library shelving. The rest is jam band history. 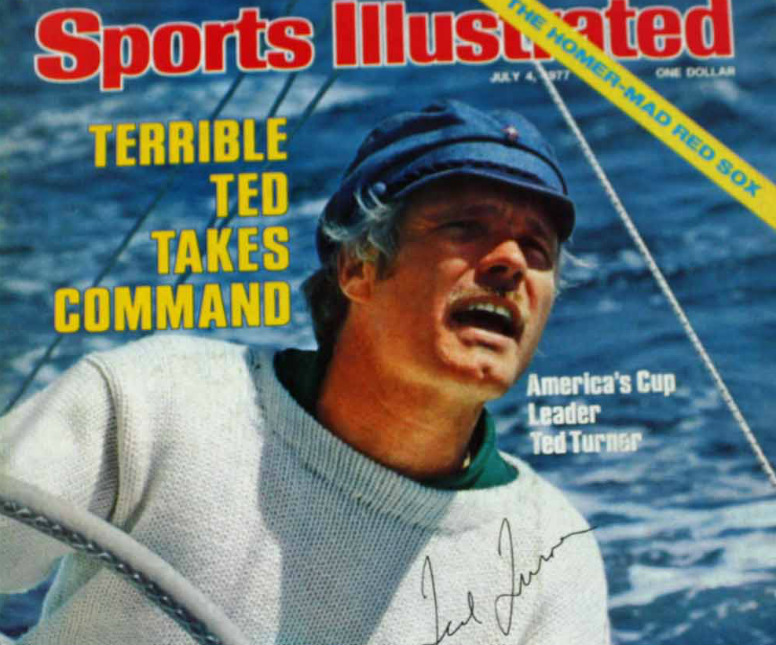 Wanted To Be: A Navy Officer
He settled for starting cable news, creating superstations, and basically running TV. Plus, there was that time he was married to Jane Fonda. But sure, the Navy would have been good, too.

Wanted To Be: A Journalist
Presumably a celebrity journalist, like Perez Hilton, who always portrays Denzel and his contemporaries kindly. Denzel, care toconfirm? 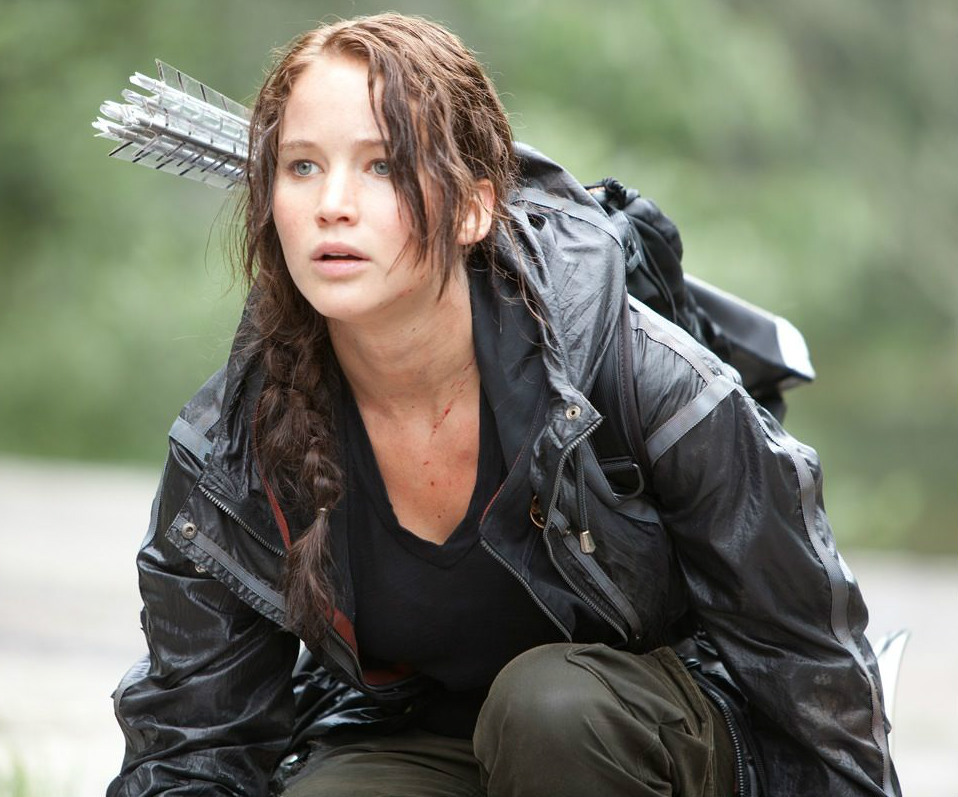 Wanted To Be: A Doctor
Just how difficult is it to become a doctor? J-Law would rather try to survive the Hunger Games than medical school.

Wanted To Be: A Sports Broadcaster
Which begs the question, did Ferrell really want to be Champ Kindand not Ron Burgundy? 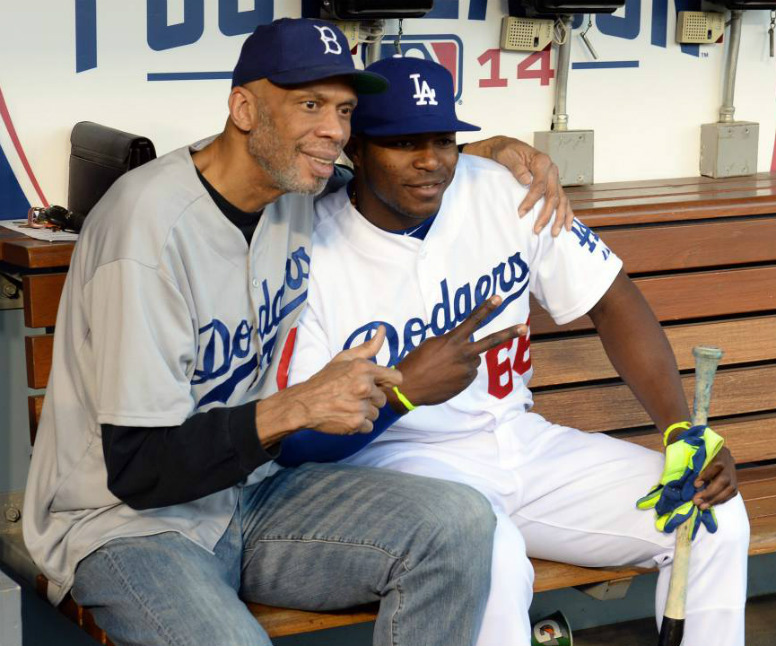 Wanted To Be: A Baseball Player
Kareem didn’t quite achieve his goal, but it was eventually fulfilled by fellow freakishly tall human Randy Johnson. Meanwhile, things worked out ok for Jabbar on the sports front, too. 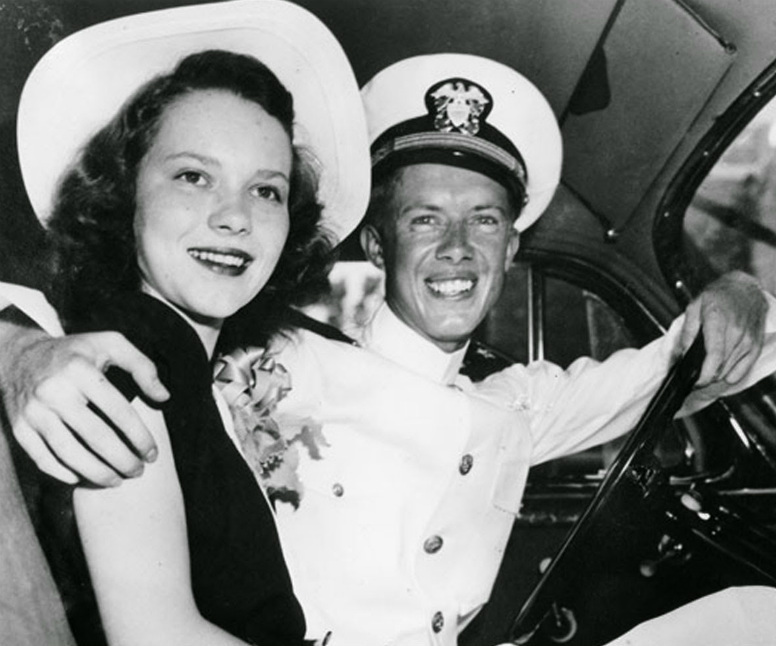 Wanted To Be: A Navy Officer
And he was. And then he was in charge of all of them. And all the guys in the other branches, too. Incidentally, nobody has ever answered this question with, “Peanut Farmer.” 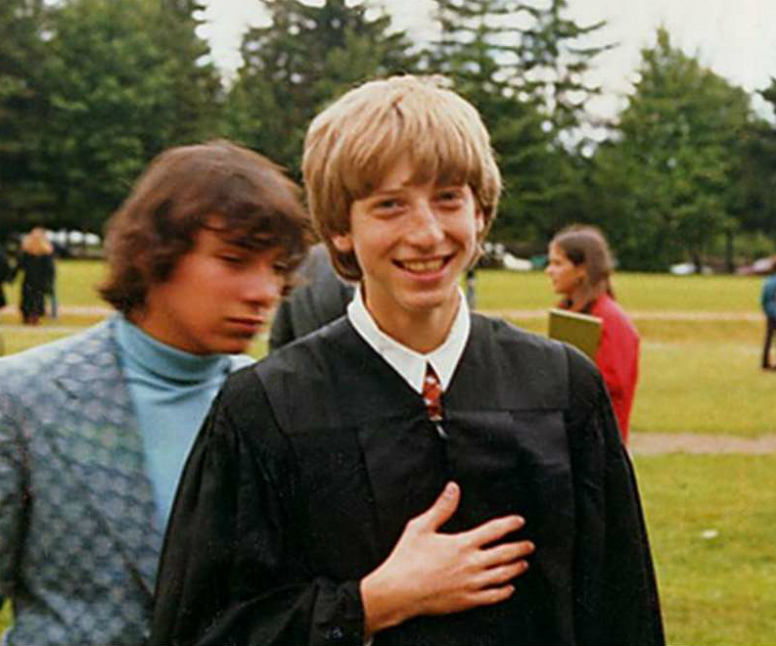 Wanted To Be: A Business Man
So ironic, then, that he runs the largest non-profit in history, instead. 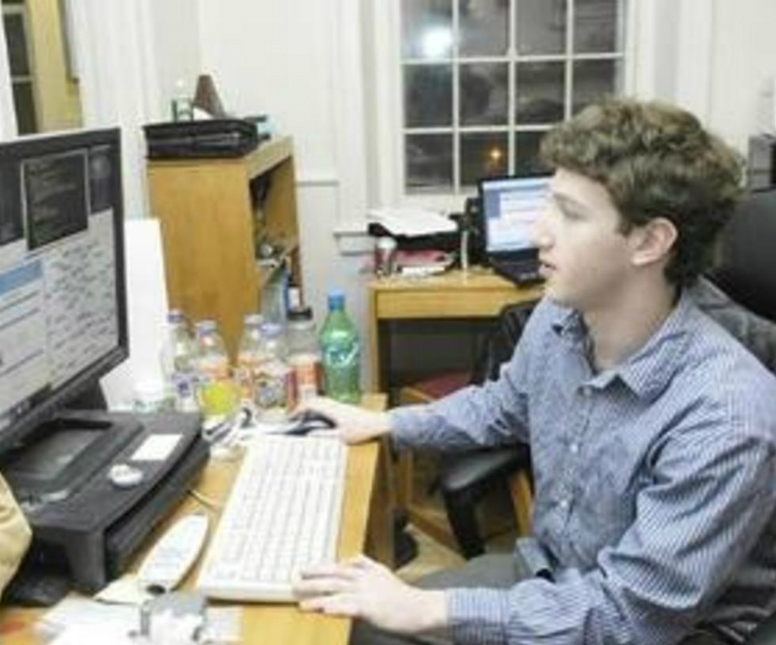 Wanted To Be: A Computer Programmer
Nailed it, although let’s put to bed this notion that he coded the original Facebook in 2 weeks. Nobody’s first Facebook binge ends that quickly. 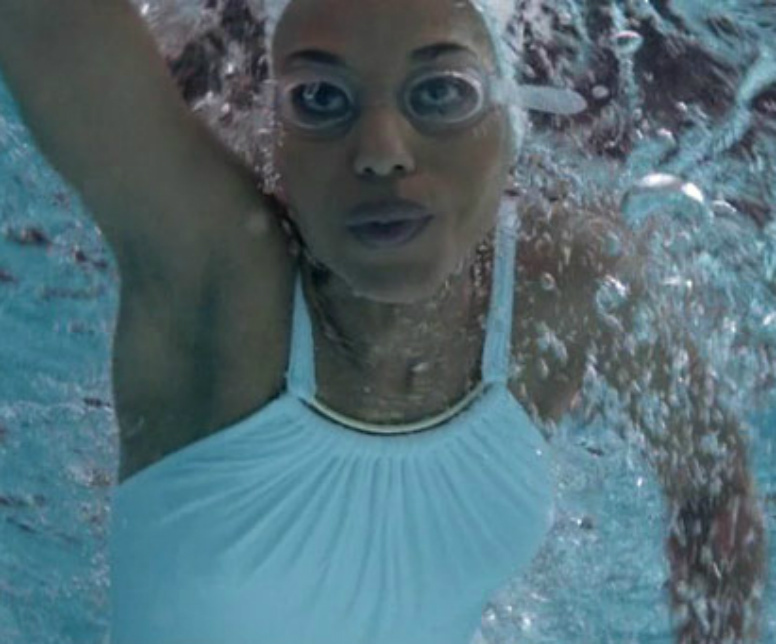 Wanted To Be: A Killer Whale Trainer
Washington even studied marine biology in high school until AP biology class convinced her to pick the stage over Sea World. Solid choice — always opt for the fictional Scandal. 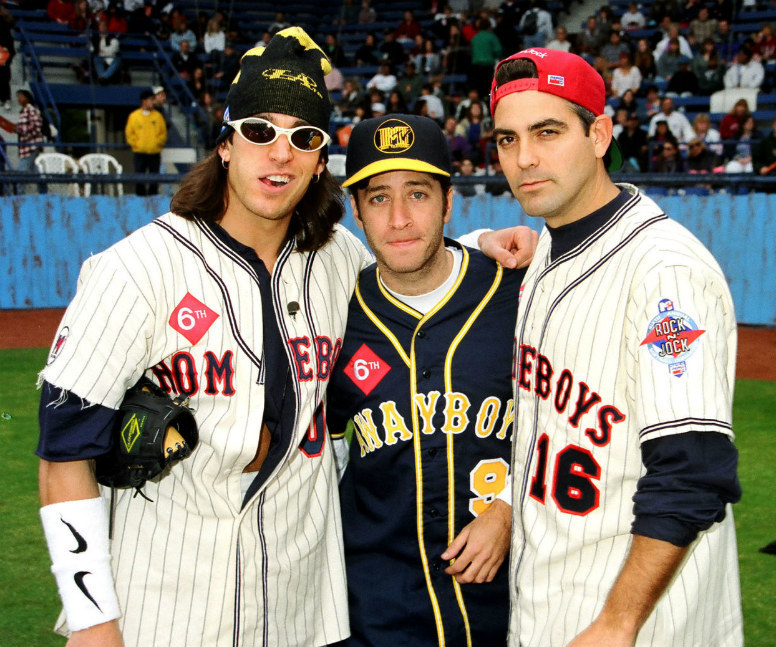 Wanted To Be: A Baseball Player
He even tried out for the Cincinnati Reds. Must have seen Derek Jeter coming. Although “Sexiest Man Alive” isn’t a bad Plan B when “Most Eligible Bachelor In Sports” is unavailable. 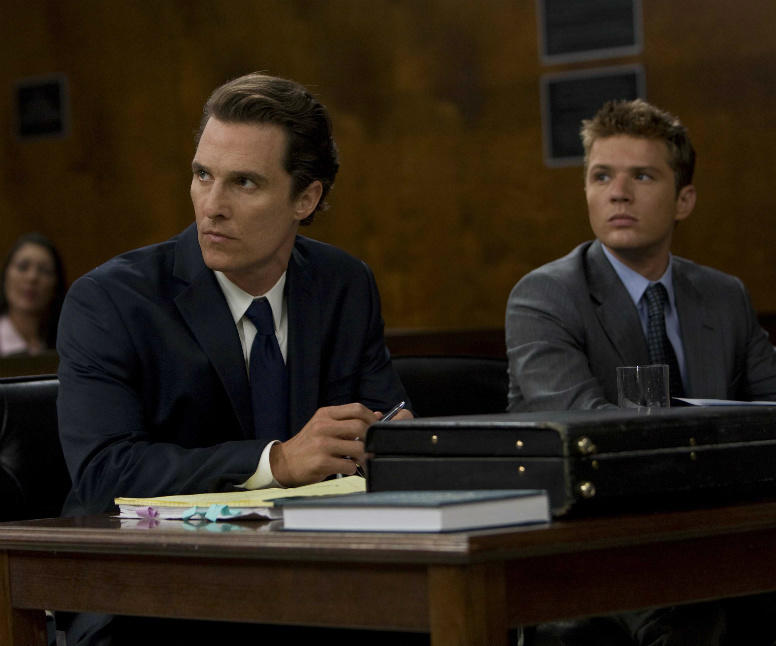 Wanted To Be: A Lawyer
Does it count that he’s most famous for drawling like a southern lawyer? 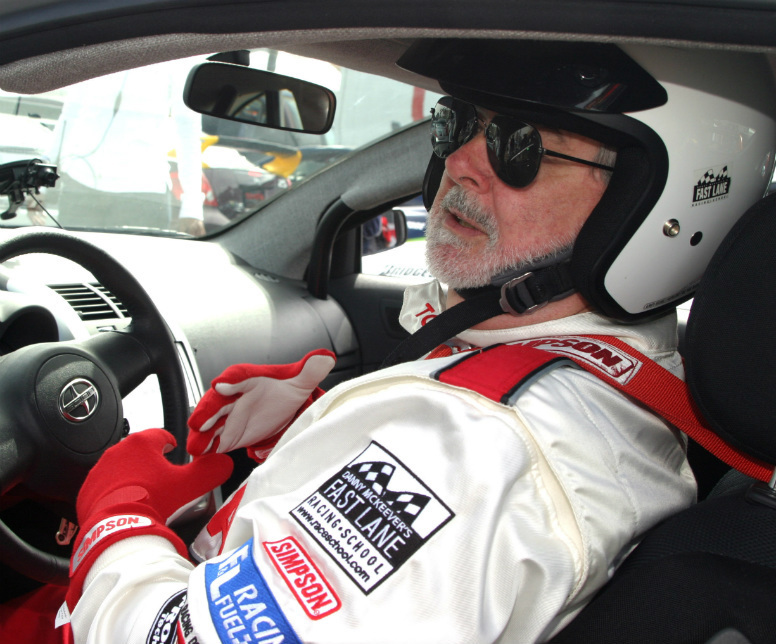 Wanted To Be: A Race Car Driver
Until a near-fatal accident got him off that path right quick. He still managed to make his way to light speed eventually. 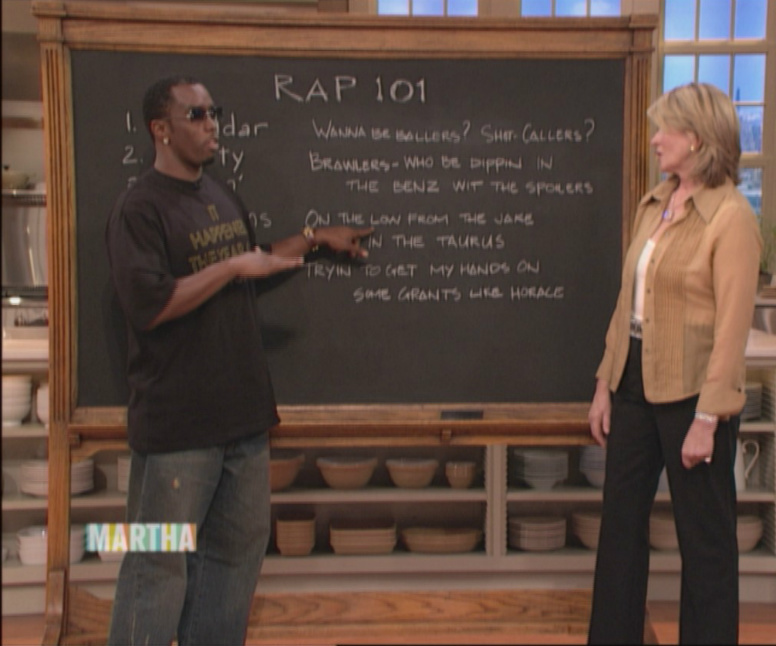 Wanted To Be: A Teacher
You could say this one came true. Martha sure has taught people a lot over the years, like how to make a pretty radish rose or how to decorate the whole prison camp for Christmas with just $50. 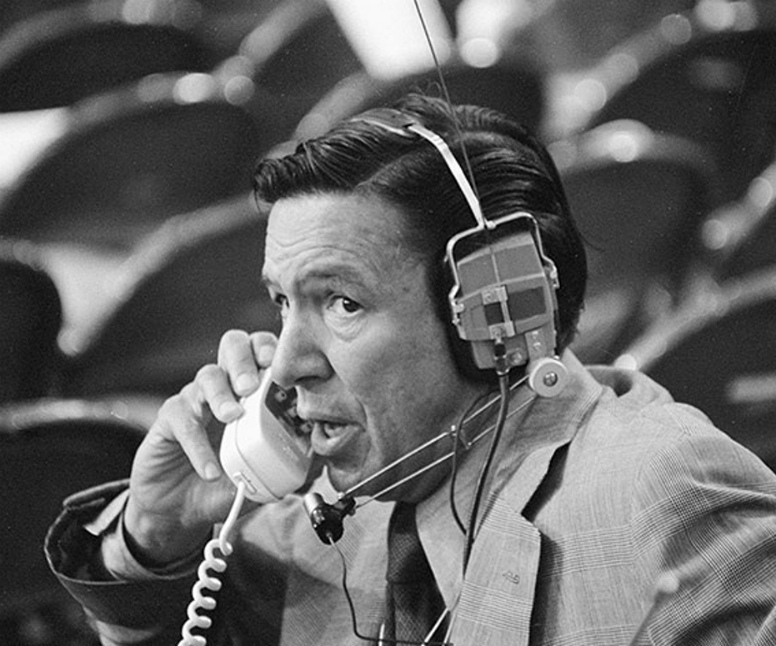 Wanted To Be: A Lawyer
He still interrogates people, but people actually like him. Win win, Mr. Wallace. 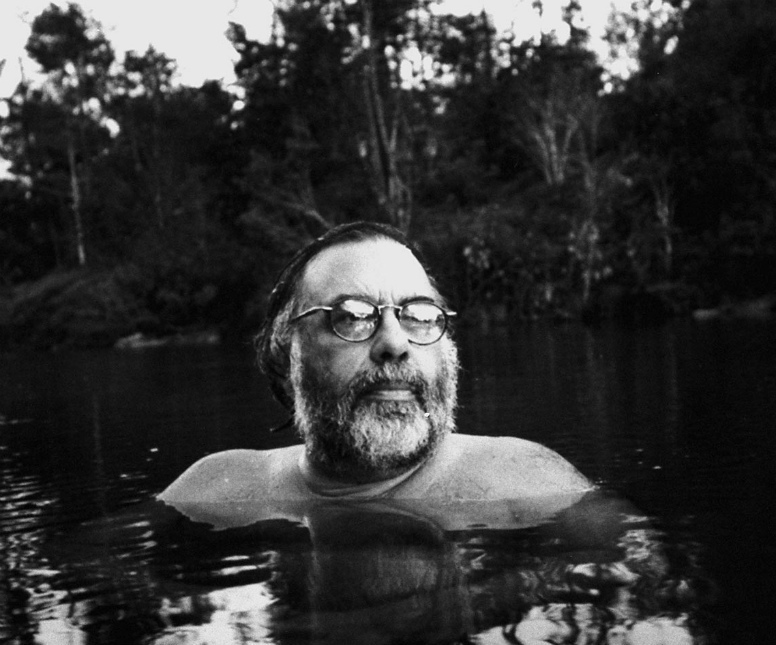 Wanted To Be: A Scientist
It was either science or stories, and Coppola chose stories. Silvioand the guys say, “Thanks.” 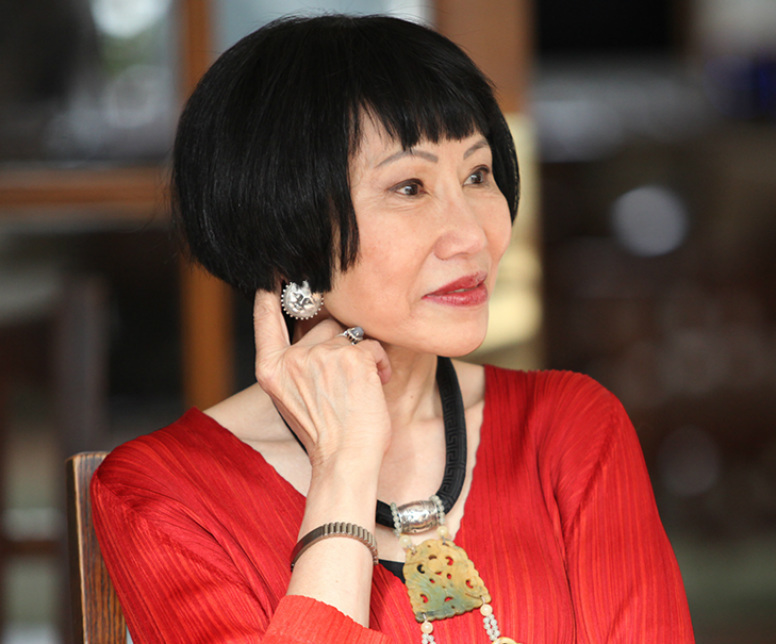 Wanted To Be: A Doctor
If reading is therapy, Tan achieved her goal to some extent. If reading puts you to sleep immediately, Tan still appreciates you buying her books. 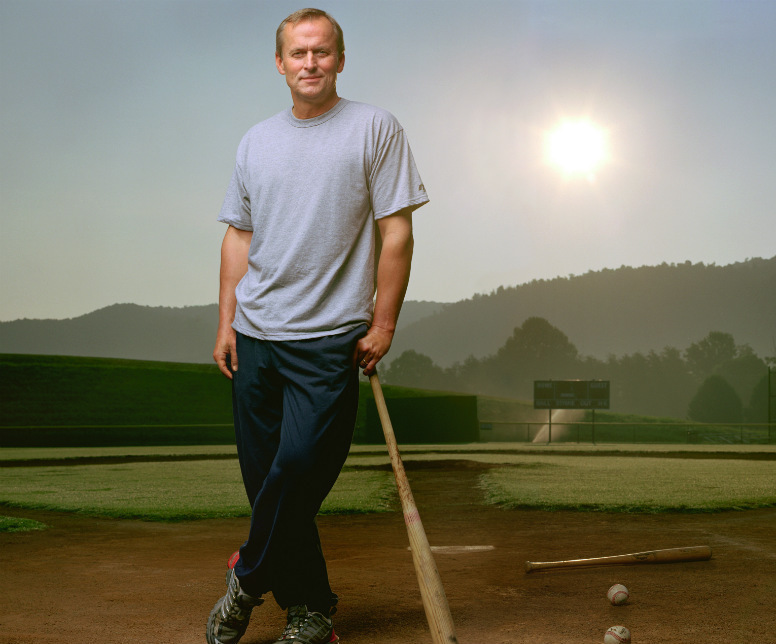 Wanted To Be: A Baseball Player
He settled for using the millions made from bestselling novels tobuild a college baseball power so a bunch of other kids could live out his dream.

The Imagination Report: What Kids In 2015 Want To Be When They Grow Up

So, You Know What Your Kid Wants To Be When They Grow Up — Now What?

ADVERTISEMENT
Oops! Something went wrong. Please contact support@fatherly.com.
Thank you for subscribing
Give us a little more information and we'll give you a lot more relevant content
Your child's birthday or due date
Add A Child
Remove A Child
I don't have kids
Thanks For Subscribing!
Oops! Something went wrong. Please contact support@fatherly.com.
Entrepreneurship
ADVERTISEMENT
ADVERTISEMENT
More From Love & Money
Relationships The Best Couples Therapy For You: The Pros and Cons of 8 Common Types
Relationships I Want to Bond with My New Baby. But My Wife Is Making it Difficult. What Do I Do?
Finances Tax Season Advice: The Tax Deductions All Parents Should Know
Relationships How a Romantic Vacation Helped This Couple Got Their Sex Life Back on Track
Relationships This Is the Exact Age When Mid-Life Sucks The Most
Parenting Strategies Raising Kids in a War Zone Taught Me About Real Danger