Being A Stay-At-Home Dad Isn’t Easy, But Here’s How My Wife And I Make It Work

The following was syndicated from 22Seven for The Fatherly Forum, a community of parents and influencers with insights about work, family, and life. If you’d like to join the Forum, drop us a line at TheForum@Fatherly.com.

I’ve been a stay-at-home dad for more than 7 years now. I get everyone in my family out of bed and into the shower in the morning. I make breakfast and pack lunch boxes, drive the kids to school and do most of the shopping. In the afternoon I operate dad’s taxi, shunting our teenage boys to and from a bewildering variety of after-school activities, and in the evening, I cook dinner. While I’m at it, I’m also supposed to earn a salary as a freelance writer.

Does that sound like I’m whining about my lot in life? Well, I don’t mean it to, because I really love what I do.

That said, being a househusband isn’t always easy and remains shrouded in taboos and social unease. You can imagine the comments from some of my male colleagues when I told them that I was quitting my job as a scientific officer at the University of Cape Town to look after our home and children on a full-time basis.

It took me a while to figure out how to answer that most ubiquitous of conversation starters: “So, what do you do for a living?” I used to gesticulate awkwardly and mumble something about working from home. 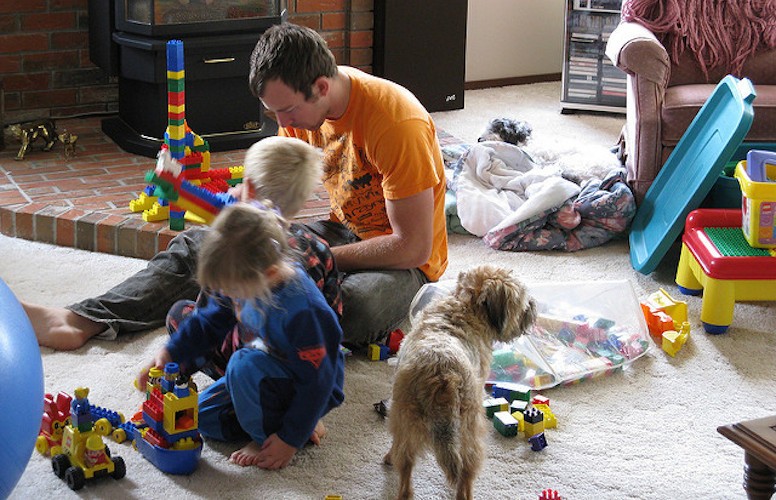 Now, I often just reply: “I’m the mom.” While that’s usually met with some confusion, the penny tends to drop pretty quickly. Male house spouses are no longer quite as exotic a species as they used to be. Surely the fact that LEGO recently released a stay-at-home dad figurine, complete with baby in a pram and corporate mom, reflects the growing respectability of this line of work (although I do object to the plaid shirt and the hipster facial hair).

Right from the get go, I realized something that should have been blindingly obvious: looking after your own kids, doing the dishes at home and preparing family meals is not a money spinner. In fact, it earns you exactly nothing in hard currency.

When I first confronted my wife Sam with this amazing insight, she looked at me with a disappointed sigh: “No shit, Sherlock! What do you think women have been complaining to their male partners about since the Year X 10 millennia ago? And now you’re standing here in twenty-first century, mansplaining the realities of homework in a patriarchal society to me? Who says that feminism has become irrelevant?”

If you’re a bloke who is still confused about the fact that many women effectively work 2 jobs every day — one that pays and another that doesn’t, even though the latter involves nothing less than the perpetual reproduction of society by raising new generations — you might want to watch this advert, which was made for Indian television earlier this year and has since gone viral:

Globally, there has been a steady increase in the number of stay-at-home dads. In the USA, for instance, research shows a doubling from over a million in 1989 to 2.2 million in 2012. However, a large majority of these men are retired, have lost their jobs or happen to be unable to work as a result of illness or injury.

I chose to become a full-time primary parent because I really wanted to spend as much time with my sons as I could while they were still small. Sam and I talked about it and agreed that I could do so, provided that I would also maintain a reasonable income by freelancing.

I was only able to make the move because Sam was already the main breadwinner in our family, a growing trend around the world, which is making this change a real option for more and more couples.

Being a full-time dad and house spouse has plenty of perks, from considerable flexibility to loads of quality time with the kids, but it certainly comes with its own challenges as well. 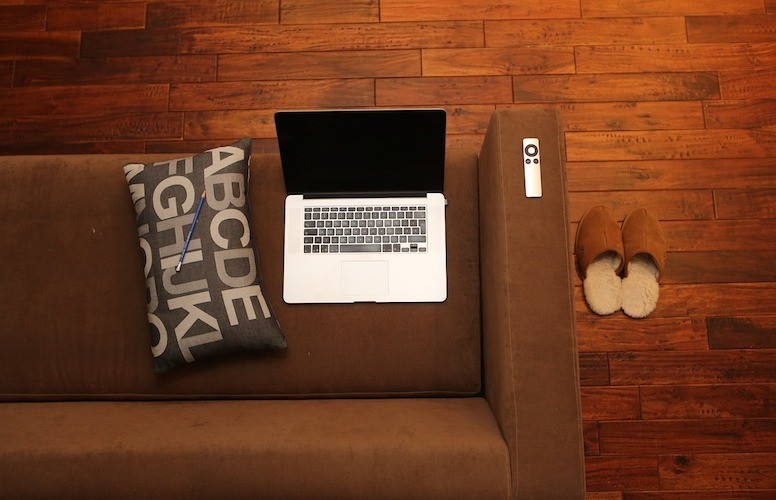 For me, the biggest of these have been the constant interruptions throughout the day, whether they involve having to do minor chores around the house or driving the boys to music lessons after school. To cope, I’ve had to change the way I do my writing work. I try to get most of it done in the mornings, squeezing in bits and pieces when I can find the time. Keeping to a pretty strict routine and using chunks of time whenever they are available has definitely helped me meet most of my deadlines.

The absence of colleagues to share a chat with over a coffee break has also been a problem and the stress to make enough money at the end of the month will always be there. But what I’ve really come to appreciate in the last few years is that the key ingredient for keeping a family and a home running in a way that prevents parental burn-out while being financially viable is teamwork.

Sam likes to quote her favorite author, Ursula K. Le Guin, on the topic: “One person cannot do 2 full-time jobs, but 2 persons can do 3 full-time jobs — if they honestly share the work”. And that’s exactly how I’ve been able to be an effective stay-at-home dad who enjoys every aspect of his work, paid or not.

Andreas quit the only proper job he ever had about 8 years ago. When he doesn’t navigate Dad’s Taxi through Cape Town’s Southern Suburbs, he tries to make a living as a freelance writer. His ability to live his dream is facilitated by his wife Sam who still has a proper job.

stay-at-home dads
ADVERTISEMENT
ADVERTISEMENT
More From Love & Money
Love & Money The Best Mother's Day Quotes for Every Kind of Mom in 2021
Sex 11 Sex Questions For Couples Who Want to Know One Another Better
Relationships Don't Be So Hard On Yourself: Why Negative Self-Talk Is a Parent's Worst Enemy
Relationships Want to Fight Less in Your Marriage? Quit Using Logical Fallacies.
Work The Myth of "Loving What You Do" Has Ruined Modern Work for Everyone
Religion I'm Not Religious. But I Wouldn't Trade Praying With My Kids For Anything