If every What To Expect book was actually titled Please Don’t Put Expectations On Your Baby’s Development, You’re Freaking Everyone Out it would a) not be a New York Times bestseller, and b) a pretty short read. That’s because parents treat the development milestone checklist like an infant NFL combine. Are they smiling yet? Are they crawling yet? If they can, can they do 40 meters in under 4.5 seconds?

Family psychologist Dr. Christina Cohen spends most of her time telling parents to stop focusing on all these benchmarks of “normalcy,” and start paying attention to your kid as a unique person. “Generally when you’re working towards perfection, you’re not seeing your kid, you’re basing it off of a book, or a neighbor. That’s the greatest disservice you can do,” she says.

So while you think that because your kid was moonwalking at 11-months you should probably apply early decision to Harvard, maturation doesn’t work like that. Every kid develops at a different rate. Too little (or too much) confidence in hitting these arbitrary marks will only drive you — and everyone around you — insane.

Milestones Aren’t Arbitrary But They Are Averages
Remember that story about a centenarian who ate a plate of bacon every morning, and then the next week a study came out saying your Oscar Meyer has a first name, and it’s cancer? Dr. Cohen says that we have to realize that studies (including those about childhood milestones) use a general scientific standard so we can better understand society as a whole. Individual results will absolutely vary.

Milestones shouldn’t be ignored, simply taken with the following grains of salt. And be sure to stick with a list like the one the AAP uses, which places each development at the far end of a reasonable age spectrum within which it should occur.

Let Your Kid Do Their Natural Homework
Don’t be the parent who jumps in every time a wobble looks like a tumble. “It’s a young child’s natural homework to move through the early development milestones,” says Dr. Cohen. “The average toddler falls 38 times a day. They don’t view falling as a mistake, they see it as practice. For parents that process appears to go slowly.”

You also can’t point to one thing they’re doing well (or not doing at all) as an indicator. “Kids who start walking early are neither more intelligent, nor more coordinated,” she says. “When development isn’t linear, parents get fearful their child is delayed or needs additional help, so we put up bumpers and guardrails, but we’re robbing them of that homework. Babies are built to fall and driven to walk in a way that’s safe for them.” How did she know about your inflatable bumpers?

Stop Comparing
If you’re just looking at what your child isn’t doing yet, you’re probably missing all the great stuff they are doing. “Milestones are an arbitrary focus, and there’s a broad range for meeting a milestone,” she says. “Walking can happen anywhere from 8 months to 16 months — and an 8-month-old acts very differently than a 16-month-old.” Although if they’re walking before 8 months they might just be possessed.

Learning To Crawl Is Wiring Their Brain
Babies who explore cross-lateral movement by themselves are giving their brains a good foundation for other skills. “Crawling is an easy example,” says Dr. Cohen. “That neural pathway it creates is the same as when they’re learning to scan a page and reading left to right. If you allow the child to fully develop through crawling rather than rushing them, it will form a base for stronger reading and writing skills. Ask a second or third-grade teacher and they can see that in handwriting.”

You’re Impacting Some Of Their Development
Hey, helicopter parent, bring it in for a landing. The best way to teach is to be a good model. For example, when your kid gets to toddlerhood, start giving them utensils just like you (mostly) use. “Allow the mistakes to happen. It’s messy and it feels like it’s happening slowly — but it takes a lot of complex coordination to get food onto a fork and into your mouth,” says Dr. Cohen. “Put the stopwatch aside and let them learn.”

Trust Your Instincts
So you’re still panicking that something’s wrong. You absolutely should seek out a qualified professional to evaluate. Pediatricians see thousands of children a year, so they have a good understanding of what to worry about. But they don’t know your baby as well as you do. “What I tell parents is have a pediatrician or a practitioner who doesn’t make you feel guilty and has a similar parenting style,” says Dr. Cohen. At the end of the day, your doctor sees your kids about 15 minutes every few months (followed by every year). You see them every time you open your eyes. 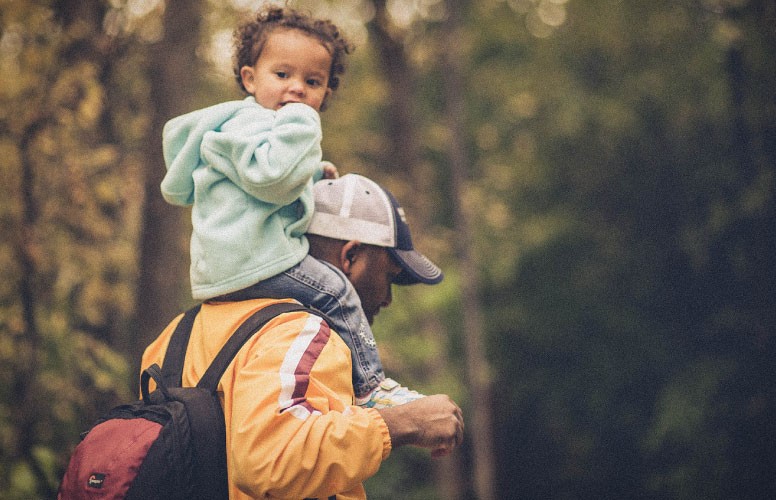 Sometimes There Is A Delay, But It Has Nothing To Do With You
This is where Dr. Cohen pats you on the back like a young Will Hunting and says, “It’s not your fault.” “If a child has a delay, we feel we’ve done something wrong or we’re not good enough,” she says. “[Development] is a complex process that sometimes has very little to do with how we are as parents.”

And Whatever They’re Not Doing Can Most Likely Be Fixed
Even if your baby is missing milestones by a wide margin, it’s still not the time to panic. “When true delays are caught early, [kids are] likely to recover more quickly. Ninety percent of a child’s brain is developed by the age of 5,” says Dr. Cohen. “So that is one of the values of early intervention. A young child’s brain is malleable.”

Emotional Development Mental Development
ADVERTISEMENT
ADVERTISEMENT
More From Health & Science
Behavior Dopamine Fasting Can Make You a Happier, More Focused Man
Fitness Core Strength in 15 Minutes: An Easy Ab Workout
Development Why Are So Many Babies Getting Tongue Tie Surgery?
Fitness The Best HIIT Workout You Can Do in 15 Minutes
Nutrition Does Intermittent Fasting Work?
Sickness & Allergies Will Going Out in the Cold Give You a Cold?