The Best Toy Airplanes for Toddlers and Kids, According to a Child Development Expert

Travel is still fun in the Land of Pretend.

At some point, every child dreams of sitting in a cockpit and piloting a massive, powerful jet through the skies. Because even as air travel has become less and less comfortable, some residual glamour still remains. There’s something intrinsically glorious, and magical, about going to sleep on one continent and waking up in another. The most concrete manifestation of that freedom is the toy airplane. A simple toy with wings and a propeller is a key part of pretend play, as children imagine themselves soaring through the clouds as the next Amelia Earhart or Wilbur Wright. And they’re also a great toy for younger kids, because moving planes on the ground and in the air helps them develop fine and gross motor skills.

Toys like planes help with visual tracking, which is “the ability to follow a person or object with our eyes as it moves across our visual field,” says Rebecca Parlakian, an expert in infant-toddler special education and the senior director of programs at the child development organization Zero to Three. Plus, they help with fine motor skills, otherwise known as the ability to “use the muscles in our hands and fingers to perform a task. And it’s a sensory experience as well as an important cognitive process: Learning how the objects in their world work and predicting what they can do with a particular object.”

The Best Toy Airplanes for Toddlers and Preschoolers 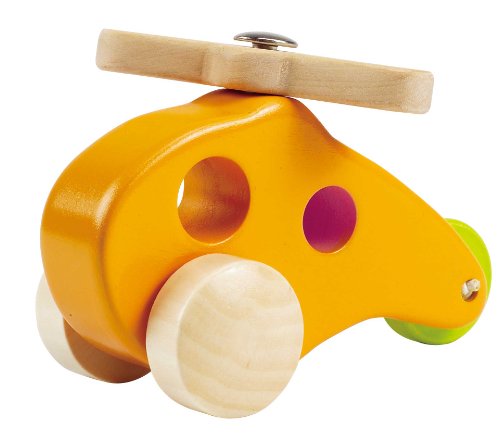 A wonderfully simple baby toy, this one rolls around on the floor and soars through the skies. 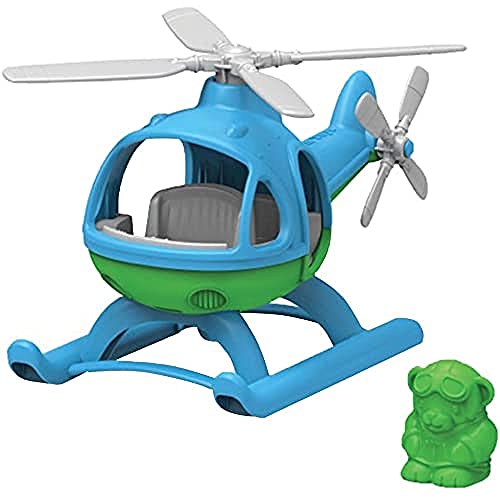 This engaging little chopper has two spinning rotors and sleek skids on the bottom for smooth landings; the pilot is a bear because in the world of pretend play, anything is possible. 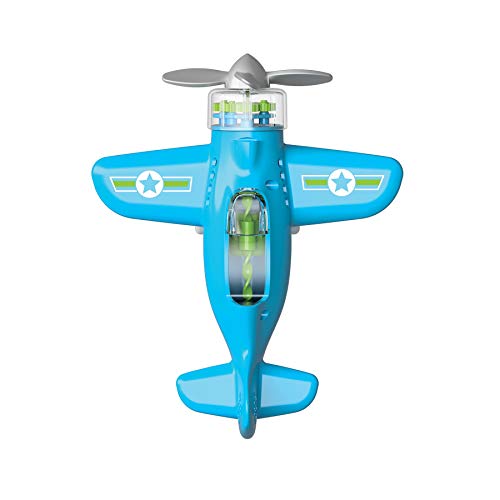 Kids learn about gravity and weight by tilting this airplane up or down; when they do so, a weight inside the plane slides back and the propellor spins. 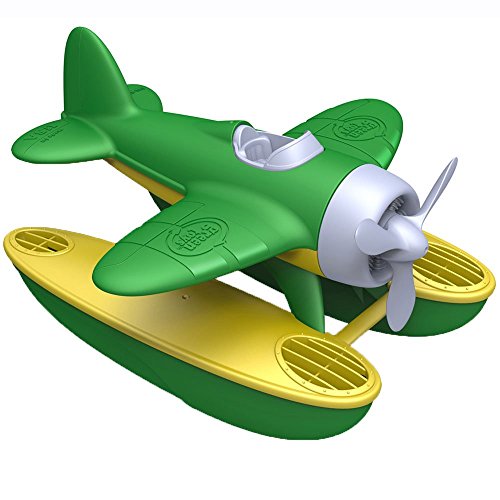 Not only is this toy plane made from recycled plastic, but it's detailed enough to keep kids engaged. It has a spinning propeller with oversize pontoons, and floats in water. 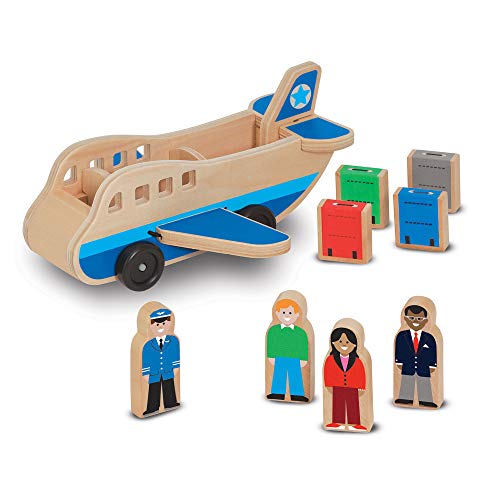 A toy that puts your preschooler's spatial reasoning and problem-solving skills to the test: He or she has to place the suitcases in the right spots, and make room for all four passengers. 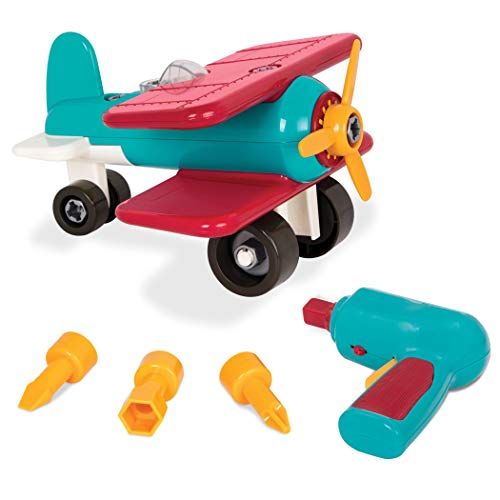 Planes break down, and this kit lets little mechanics fix them. The set includes 21 airplane parts, a battery-powered drill, and three bits, all of which help preschoolers with their gross motor skills and problem solving, as they take the plane apart and put it together again. 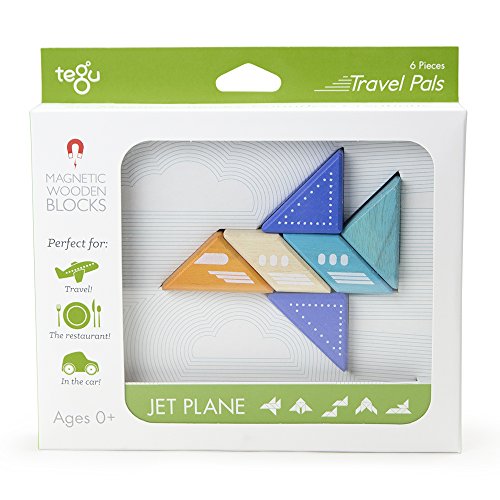 Tegu's magnetic blocks are miniature works of art. And this set lets preschoolers use the magic of magnets to build their very own plane. They figure out which pieces go where to get the result they want. 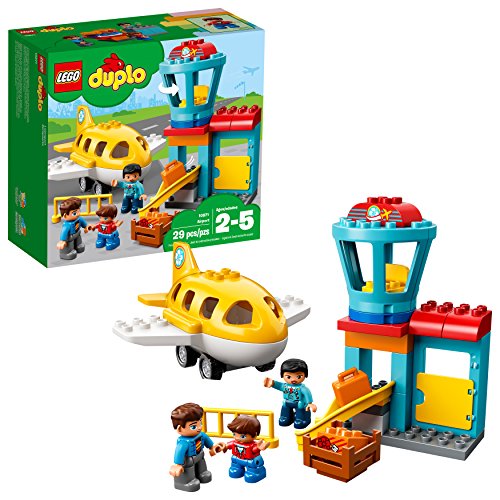 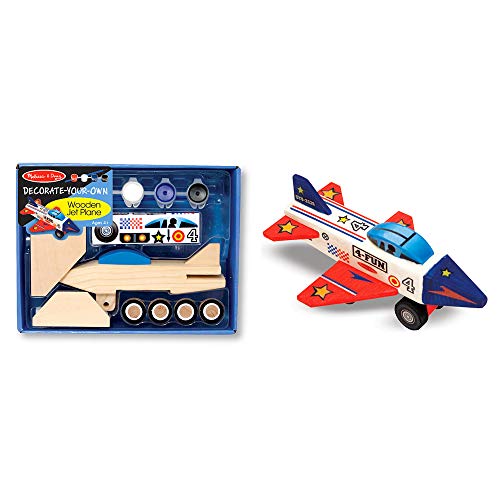 A crafty kid for young pilots: First they assemble the wood plane, then they paint it and add stickers.

When a mere toy just won't do, upgrade your pilot with this gorgeous yellow ride-on airplane. The propeller spins, and the rear wheel spins 360 degrees. It has a steel frame and wheels with rubber tires for a smooth, stable ride.

The Best Toy Airplanes for Kids 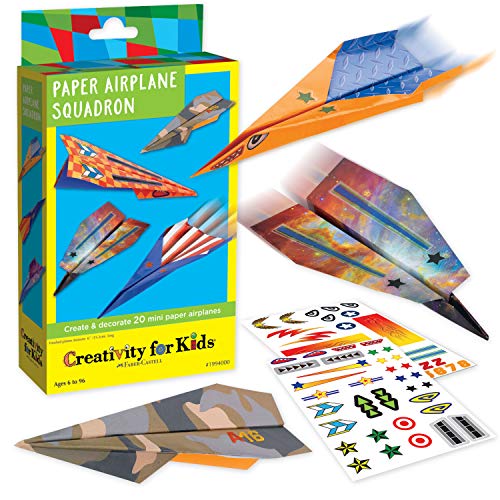 A great collaborative activity, this one lets kids create and customize 20 paper airplanes. And of course, there are stickers galore. 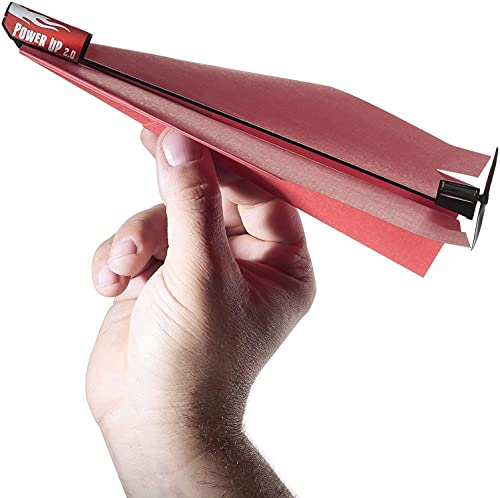 Not only does this phone-controlled plane look cool. But it has a 230 foot range, and a built-in computer that calibrates it for windy weather. There's even a wind stabilizer. 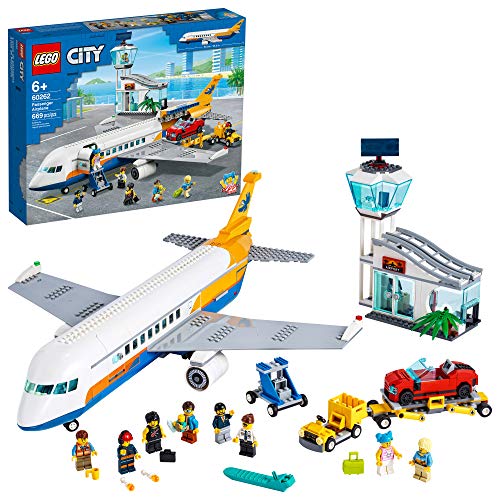 At 669 pieces, this set is no joke. Kids build a large plane, a truck with a car elevator, a terminal, and a car for the aforementioned elevator. There's even a luggage conveyor and a control tower. It's detailed enough to take up an entire afternoon. 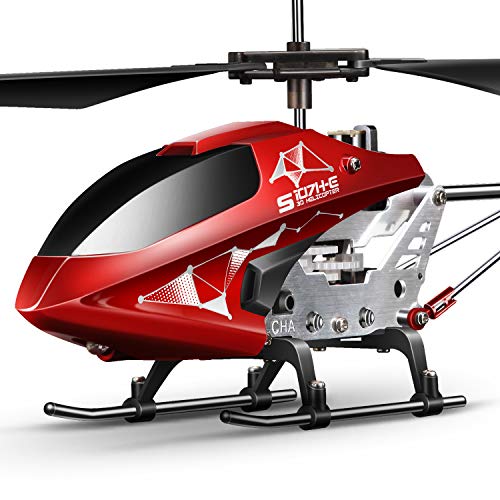 Because you press one key for takeoff and landing, this helicopter is particularly well-suited for beginners. It will hover at a certain altitude after becoming airborne. The helicopter will fly down slowly and land on the ground automatically; you plug it in to charge it. It has a five to six minute flying time per charge.

airplanes
ADVERTISEMENT
ADVERTISEMENT
More From Gear
Gear This Stunning Superhero Cape Turns Any Kid Into an Avenger
Gear The Best Hazy IPAs to Add to Your Cooler This Summer
Gear The Beloved, Notorious Montessori Bed: What Parents Should Know
Gear This Felt Building Kit Is One Truly Sensational STEM Toy
Home How to Unclog Any Drain, From the Kitchen Sink to the John
Gear Skin Care for Men: The Best Subscriptions for Everyone From Rookies to Aficionados