Great gifts for the tech-loving kid in your life.

So your kid loves tech and gadgets. The good news is, there’s toys a-plenty to keep his or her curiosity engaged.

Once upon a time, being a tech-savvy kid meant you were president of the A/V club, the Pac-Man high score holder at the local arcade, or the only kid who knew how to program the VCR. Not any more. Today, kids who love tech are playing with complex robots, building their own computers, and probably taking a computer science class or two at or after school.

The bottom line is that there are tons of different options for kids interested in tinkering and tech, including plenty of toys built around those activities. Our favorite gadgets, tech kids toys, and STEM toys will keep them busy for hours and maybe even teach them a thing or two. What parent wouldn’t want that? 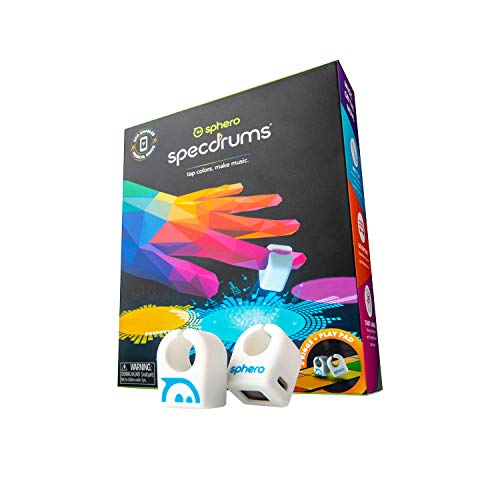 Instead of loading your kids up with guitars and toy pianos, which they guaranteed will rarely use, get them these tech drums. Kids tap any color or the included play pad to create sounds, loops, and beats.

So you’ve got the next Bruno Mars or Mark Ronson in your family? Tap into that musical fascination with Specdrums, which are app-enabled musical rings that turn colors into sounds. You just connect to the Specdrum mix app and tap on anything to create and mix any sounds that play through your mobile device. 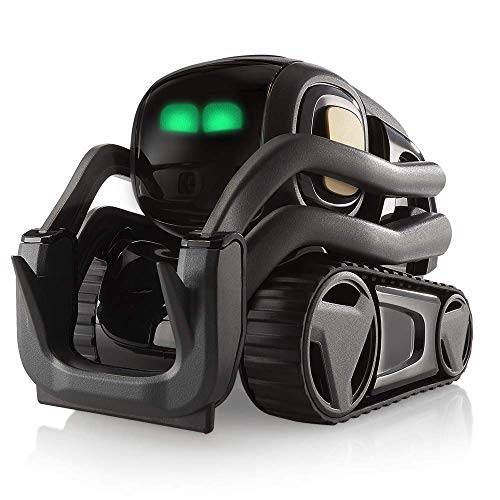 If you're in need of a robotic friend, meet Vector. He is voice-activated and will answer questions, take photos of what you want, time lunch, show you the weather, and basically, hang out with you and be a pal.

Vector is Alexa-enabled, so he truly is your home butler companion. If you set him up to work with Alexa, he can turn on your lights, and tell you the weather. Like a Roomba, he avoids obstacles and self-charges. Because he’s connected to WiFi, he’s always learning and updating with new skills and features. One thing he won’t do: Play music. 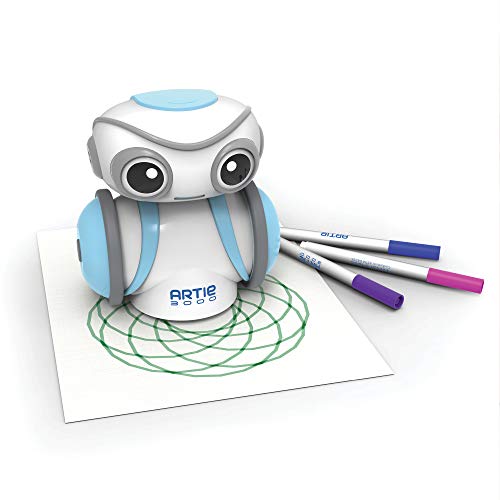 Artie is a programmable robot that draws whatever you code on any sheet of paper you want. He does your creative bidding.

Artie the coding robot connects to your wifi network, and you log into the Artie interface to drag and drop blocks of code into the command area. You then tell Artie to turn right or left, move forward or backward, and pick up or put down his pen to draw what you want. You can use preprogrammed shapes and games, or write your own custom code for Artie. 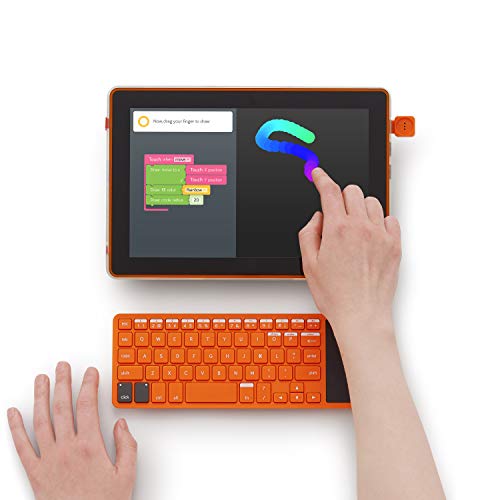 This is a unique kit that lets kids build and play with a touchscreen computer. It's like an iPad they have to build themselves, which for kids who like taking things apart and putting them back together will be a dream come true.

The kit comes complete with everything kids need to make a computer, and once they do there is plenty of content, from over 100 coding challenges to games to YouTube that will keep them entertained for hours. Kano World lets them access programs and other stuff made by Kano users around the world. 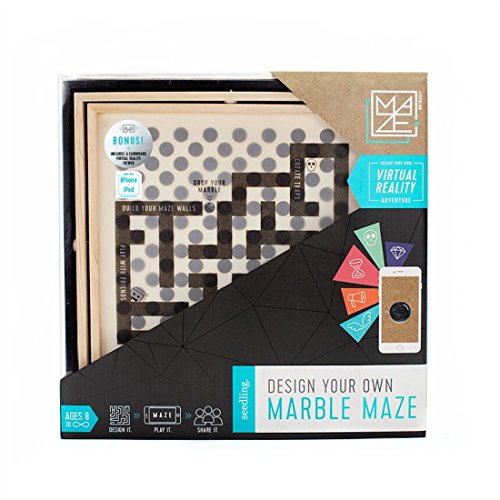 Seedling Design Your Own Marble Maze

The Seedling Maze is a high-tech update to the classic labyrinth marble game. Kids can design their own tiltable mazes by moving the magnetic walls around, but the real innovation is in the included app that gives kids a marble's eye view of the rolling action.

There’s a nice combination of physical and digital play here, and kids will have a lot of fun adding photos, obstacles, and other digital features to their virtual reality mazes. The VR viewer that comes with this toy is made of cardboard, not the most durable material. Some reviewers said that adding double-sided tape to the blocks to make them stay in place was a tedious pain. 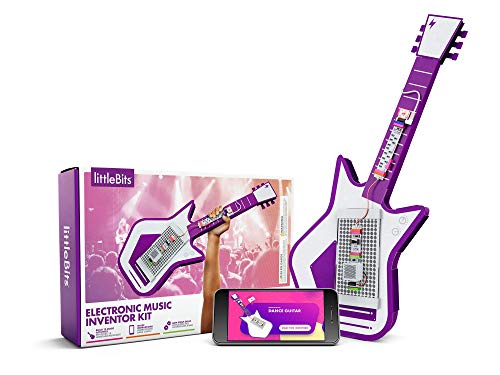 This build- and code-it-yourself kit lets kids make and play their own musical instruments, which they can code using a companion app.

It’s easy to assemble and disassemble the four different insruments, from a keytar to air drums. There are 12 different activities in the application, and stickers are included (because who doesn’t love stickers?). 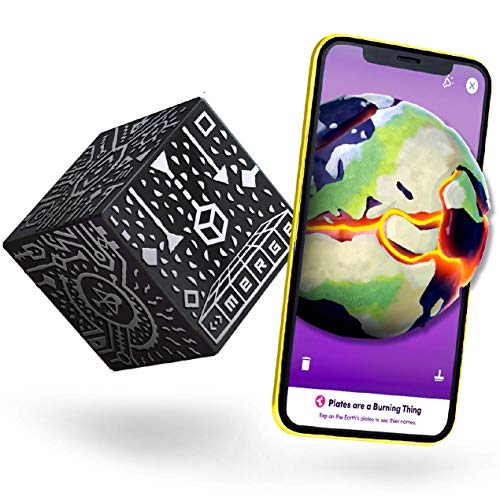 Kids can point a smartphone camera at this cube and the Merge app will detect the markings on the side and project on the phone screen a bunch of different kids of augmented reality content. It's very cool on its own, but the VR mode makes it an even more immersive experience.

There’s a wide variety libraryof content available, covering everything from science to history to astronomy. The novel way in which kids interact with it means that kids who aren’t big readers could be more likely to engage with educational content. The VR goggles are sold separately, which is kind of a drag. Some of the apps in the Merge Miniverse, as it’s called, cost additional money. 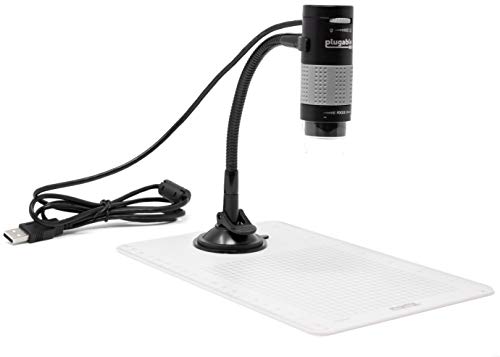 Kids love this digital microscope that let's them see everyday objects from an entirely new perspective.

Works with pretty much any computer and comes complete with LED lighting and the ability to magnify up to 250x. Kids can look at live images on the computer and press the button on top of the unit to take pictures. 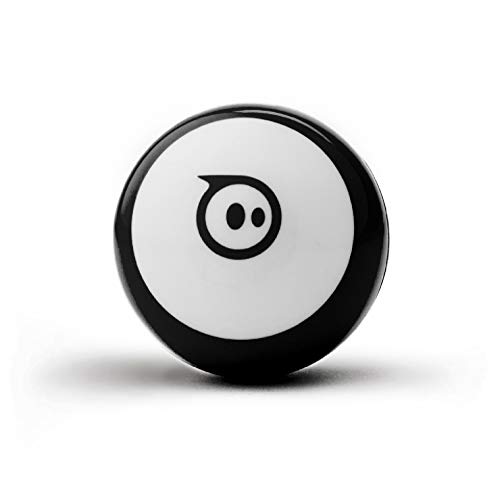 A ping pong ball-sized robot that kids can move around with a joystick, by tilting a connected smartphone, or through facial recognition, a feature we haven't seen on any other toys.

This is a very versatile toy, with so many different control schemes. You can even use it as a control to play games on a phone or tablet connected via Bluetooth to the device. It’s also much cheaper than lots of the robots for kids on the market. 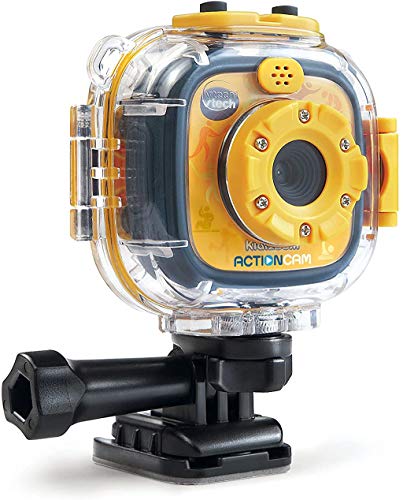 Kids can capture all of their outdoor activities with this camera, which can be mounted to a bike or a skateboard or taken swimming at the beach. It's a kid-oriented GoPro-style action camera that doesn't cost hundreds.

Comes with two mounts so kids can attach it to their various vehicles. There’s also a waterproof case that let’s them take photos and videos up to six feet underwater. There are also modes for stop-motion videos and time-lapse photos.

Chanukah Gifts Christmas Commerce Holiday gifts Product Roundup
ADVERTISEMENT
ADVERTISEMENT
More From Gear
Gear All the Best Digital Picture Frames to Gift in 2020
Gear The 14 Best Holiday Gifts For Dad This Season
Gear The Most Valuable Lego Sets & Minifigures Ever Released
Gear How to Set Up YouTube Parental Controls
Gear This Versatile, Beautiful Piece of Cookware Is a Fit in Every Kitchen
Gear 7 Lined Boots to Treat Your Feet Right on Cold Days