How Much Screen Time Should Babies Get? (And Everything Else You Need To Know)

Now that touchscreens are more ubiquitous than human touch, every parent has an opinion on the Great Screen Time Debate Of The 2010s. How much screen time should babies get? Will my toddler ever learn their ABCs without an app? Why does Daniel Tiger need a sweater when he has fur?

The American Academy of Pediatrics‘ findings on how much screen time is appropriate for early childhood development isn’t much of a finding at all — some is good, a lot is bad, but mostly the kind of media they’re consuming is paramount. So while the debate hasn’t been settled yet, you can still weigh the arguments for and against allowing your kids to consume games, TV, and other electronic-based content by looking at this screen.

How Much iPad Is Too Much?

Dr. David Hill of the American Academy of Pediatrics isn’t going to absolve all your screen sins, but he will say this: “Is a little bit of interactive iPad time ok while mom takes a shower? There’s no data, but the danger is probably fairly low. Is parking a child in front of an iPad for 3 hours while you get some things done? Is that harmful? Yeah, probably.” Now, about you spending 10 hours in front of a screen at work…

ALSO: 5 New Recommendations On Screen Time From The Doctors Who Study It


Michael Levine, PhD is the executive director of the Sesame Workshop’s Joan Ganz Cooney Center, and the mind behind all the whole Sesame goodness that children consume on television and tablets. Levine says that approaching media consumption isn’t much different than food consumption: More nutritious content that teaches colors, shapes, empathy and culture. Less unboxing videos. And a big, steaming helping of zero screens.

ALSO: A Quick Guide To Determining The Quality Of Your Kid’s Screen Time

Sherry Turkle, author of Reclaiming Conversation: The Power of Talk In A Digital Age thinks “the easy, streamlined, emotionally risk-free technologies that entertain and keep people ‘in touch’ without human interaction have diminished our capacity for empathy and self-reflection.” In other words, your smartphone is making you kind of a dick and you should put it away around the kids.

ALSO: Here’s How To Ensure Your Kid Has A Healthy Relationship With Tech 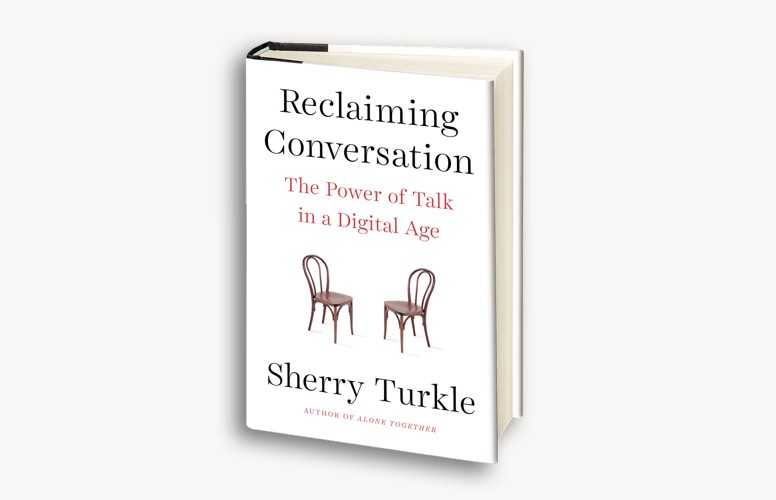 A mother and her daughter with hearing loss have a response to the AAP’s guidelines —and it’s some NSFW sign language. Children’s programming has been a boon to her speaking more, and as the mom says, “TV is not the Antichrist. It’s not slowing her down, rotting her brain, or causing her any harm. It’s just one of the many things she loves and chooses to do.” TVs also an on and off button, and this kid knows how to use both.

ALSO: My Toddler Watches All The TV She Wants And I Think It’s Making Her Smarter

Be The Screen Queen, Er, King

With getScreen, you will become the lamest Marvel villain, ever. Behold, the ability to shut down the whole family’s screen time wherever you’re at (ironically, using another screen). It works across PCs, game consoles, streaming devices, TV, tablets, and Android and iOS mobile devices. The best part? Shaking your phone instantly turns off everything. Because you just wanted to watch your kid’s world burn.

ALSO: Manage Screen Time On Every Device With This Home Automation System

ALSO: TV vs. The Radio: Which Is Worse For Your Kid?


Enough about the good versus bad debate about screens. If you want to teach kids tech with a toy that doesn’t require an iTunes account, Technology Will Save Us has you covered. They make a few different DIY kits that will teach your little technician the ins and outs of putting together speakers, synths, and games — no swiping or staring at a diffused blue light required.

ALSO: Teach Your Kid STEM And DIY Skills At The Same Time, No Screens Required

Screen Time Screen Time Experts smartphones Tablets
ADVERTISEMENT
ADVERTISEMENT
More From Gear
Bikes The Best Family Cargo Bikes for Hauling Kids and All in 2021
Gear 5 Toolboxes and Tool Bags That Will Transform Your DIY Game
Style Persol Sunglasses Are Massively on Sale Right Now
Outdoors This Sleek Wooden DIY Teardrop Camper Is Your Summer Escape Pod
Home The Best Mezcal to Seek Out: 8 Bottles to Add to Your Home Bar
Bikes Everything You Need to Know Before Considering an Electric Scooter for Kids