Yes, it's that easy to upgrade your commute.

A serviceable adult scooter is a great and convenient way to get from point A to point B. But if getting sweaty with a kick scooter isn’t your thing, the right electric riding scooter is a solid investment. It makes commuting, well, fun. And when you haul it up and down the stairs, you might even get something resembling a workout. Just be aware that, in the case of adult scooters, going cheap doesn’t ultimately pay off. Budget electric scooters in the $200 range aren’t built for the long haul: They’re fine for a quick trip to the store or zipping over to the local park, but they generally come equipped with weaker motors, smaller batteries, and lower weight limits. If you plan on using an electric riding scooter on the regular, you do want to invest in a solid commuter scooter that won’t conk out on you.

When choosing an electric scooter, look at its range (that is, how many miles it can go per charge). Make sure it has a higher weight limit, since adults will be using it. And speaking of weight, the more tricked-out the scooter (with bigger motors and batteries), the heavier it is — so make sure you’re fine with toting it around.

As for speed: Don’t go overboard because accidents do happen. Most scooters reach 15 miles per hour, which is plenty fast, but some go higher. If you do opt for a more powerful scooter, make sure you can handle it before venturing out into densely populated areas, because you’ll be riding alongside cars. Also, because batteries sometimes die, every scooter on this list can be ridden as a regular non-electric scooter — though riding them manually is tiring and takes extra effort because they’re much heavier than kick scooters.

It goes without saying that you should always wear helmet. And even if your teenager begs, pleads, and whines, do not let him or her use the scooter until they turn 16. It’s what any medical expert will tell you, because younger kids and electric scooters don’t mix.

Honestly, this scooter is beloved for a reason: It checks all the boxes. It weighs 26 pounds, which is best-in-class for this level of machine. It has a max speed of 20 MPH. The maximum rider weight is 275 pounds. You press one button and the thing folds right up, which is a sweet bonus. It travels 15.5 miles per charge. You get both lever and dual electronic anti-lock brakes. And it just looks awesome, which definitely counts for a lot. 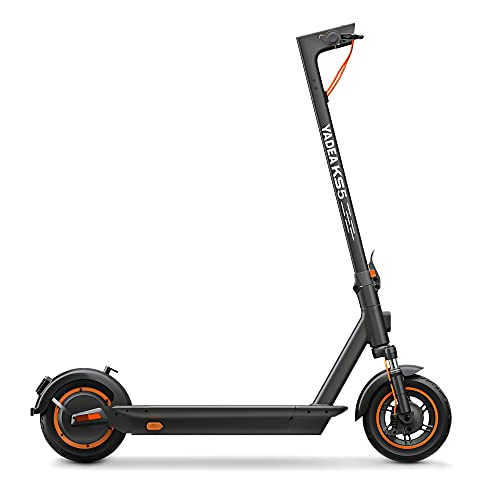 This just-launched scooter has a large standing deck, so if you have issues with balance, this one is a great choice. Another reason it's a fantastic starter scooter is its superior brake system: There's a front drum brake, a rear disc brake, and an electric brake. There's also a backlit LED display with high brightness that's easy to read when you're motoring around. The weight capacity is 242 pounds, another standout feature. This particular scooter reaches 18.6 mph, and goes up to 25 miles on one charge. At 41 pounds, this one is definitely on the heavier side, however, but on the flip side, it's also smooth and stable as hell. 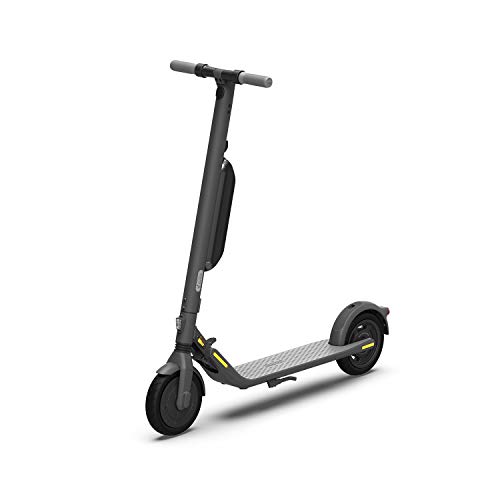 Coming in next is the Segway, which has a top speed of 18.6 MPH and can travel 28 miles on a single charge, which is great for those with longer commutes. The max weight load is 220 pounds. This model gives you a smoother ride thanks to its front-wheel shock absorbers. It weighs only 32 pounds. But we especially dig the enhanced safety features: This model has both a premium electric brake and mechanical brake. While it can handle uneven terrain, this is not the scooter if you live in a hilly area. 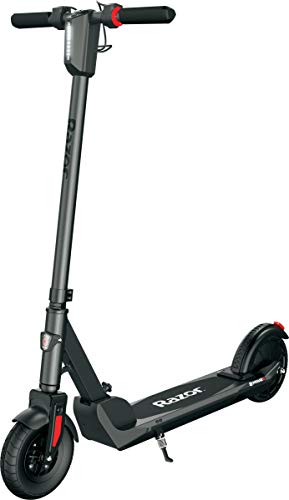 Not ready to throw down that kind of cash? This Razor scooter hits the sweet spot, with the features you want but not many extras. The max speed is 18 MPH, and the range is 15 miles per charge. But it's lightweight as hell: This thing clocks in at 24 pounds. It has a rear brake. Is it fancy? No. Will it get you where you need to go? Yes. The weight limit is 220 pounds. 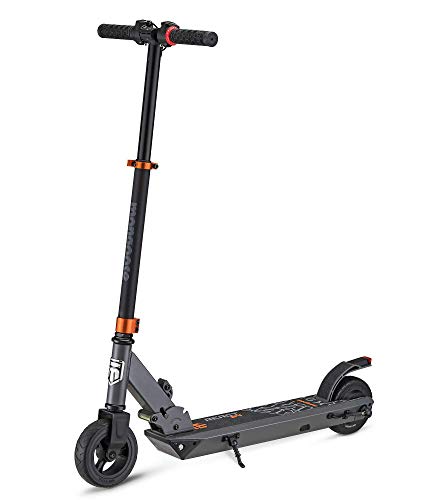 If you do want a basic recreational scooter for quick outings, Mongoose makes some of the hardiest ones out there. This is billed as a kids' scooter, but kids actually should not ride electric scooters until they turn 16, for safety reasons. So ignore that billing. This scooter has a max speed of 15.5 MPH, a weight limit of 176 pounds, and can travel up to six miles on a single charge.