Ask any Italian chef how to elevate nearly any dish on the range, and he or she will advise you to buy a bottle of one of the best olive oils you can afford. There’s a simple reason why: For more than 3,000 years, whether drizzled on homemade pasta, shaken up in salad dressing, substituted for butter in baking, slathered on a roast chicken, or used to sauté vegetables your kids will actually eat, the best olive oils are a wildly versatile fat that elevates nearly every food. When it comes to the best olive oil brands today, extra virgin olive oil (or EVOO if you’re nasty) is king. The highest standard for olive oil bestowed by such organizations as the International Olive Oil Council, extra virgin olive oil is made from pressed olives without using heat or chemicals and has no defects or refinements. It’s liquid gold.

For advice, Fatherly spoke to Greg Bernarducci, owner of the boutique olive oil shop O Live Brooklyn, for tips on what to look for when choosing the right bottle. Based on his criteria, here are some of the best extra virgin olive oils based on quality, freshness, and flavor.

Check the harvest date.  According to Bernarducci, an olive oil should be used within 12 to 14 months of its harvest date (sometimes called a crush date). “This date can be really hard to find, and many brands won’t have it, although you’ll have more luck in a store like Whole Foods,” he says. If you’re ordering online, ask the seller to confirm the harvest date before you complete your purchase.

Note the country (or countries) of origin. The harvest season for northern hemisphere growing regions (such as Europe) tends to be in November, while it’s May for southern hemisphere spots like Australia and South America. Bernarducci says that sometimes companies will blend olives from different countries together, which isn’t a huge deal unless they’re from different hemispheres. “Think about it, if it contains oils from, say, Spain and Chile, those are two different hemispheres, so obviously some oil was sitting around for a long time before it was blended—that should be a flashing light,” he says.

Avoid refined oils. Sometimes companies blend extra-virgin olive oil with refined olive oil, which has been heavily processed. (You can spot it because instead of just “extra-virgin olive oil” the label may say “light” or “pure” olive oil, two terms that are just marketing jargon.) “The process of refining uses very high heat, even higher than cooking, as well as chemical solvents that can strip out flavor and health benefits,” he says.

Remember HALT. That stands for heat, air, light and temperature, all of which will shorten your olive oil’s life. Don’t choose a product in a clear bottle (it should be tinted glass or a tin) and don’t store your oil near the stove. Keep it tightly closed in a cool, dark spot like a pantry, and it should last about four to six months after you open it. “I advise customers to not buy too much, because if you go through it fast, a larger bottle is a better value, but if it will sit around, I recommend a smaller one,” he says.

Taste it. It might sound odd to slurp it straight from a spoon, but that’s the best way to get a sense for your chosen oil’s freshness and flavor. “Good olive oil should have an herbal, almost grassy taste, and it should be kind of pungent so it makes you cough. You might also taste hints of pepper, green banana, tomato or artichoke,” Bernarducci says. 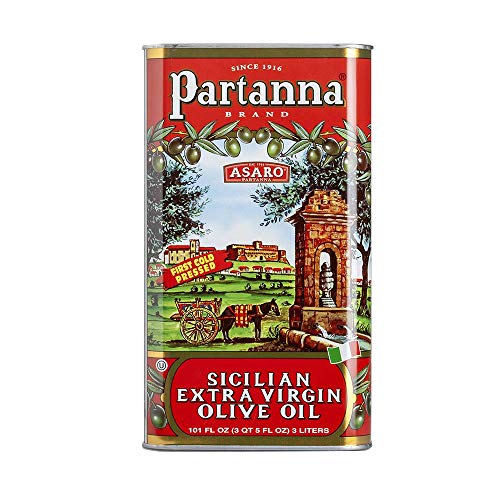 From Partanna, Sicily, this cold-pressed oil distinguishes itself first with its fruit, which is early-harvested in October instead of at peak season. The result is a slightly cloudy oil with a zing, or 'pizzicante.' While the flavor may mellow as the suspended sediment falls, it remains unique among all the Sicilian oils and much more like those of Tuscany. 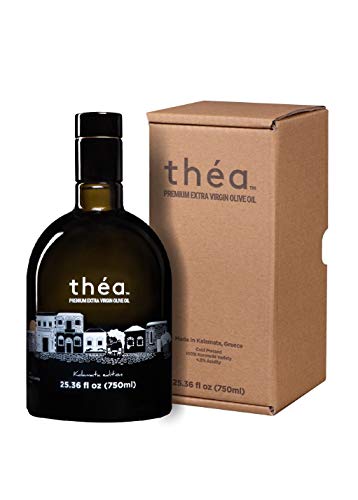 Hand-picked in Kalamata, Greece, this single-source oil is pressed from the Koroneiki varietal. It has a fresh, potent, and authentic taste, and is useful for many 'raw' uses, including salads and with fresh bread. 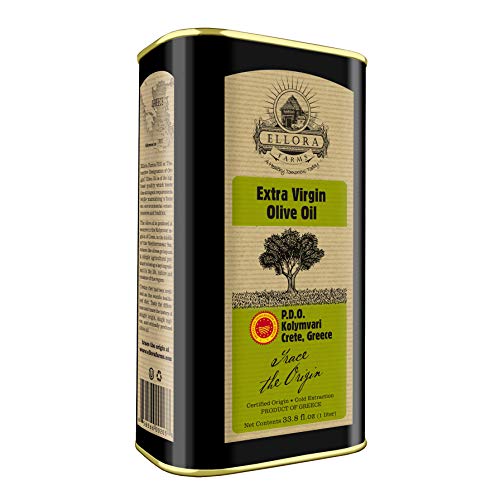 From Greece, this single-origin, single-estate oil has perennially won awards for its fruity scent and slight peppery bite. The company's products are completely traceable, guaranteed authentic, and incorporate a number of green growing and processing practices. Finally, an oil that's as responsible as it is tasty.

This olive oil from the Lone Star state won a 2019 New York International Olive Oil Competition (NYIOOC) silver medal for its delicate flavor. It's grassy and delicate, with a nutty, peppery fish. 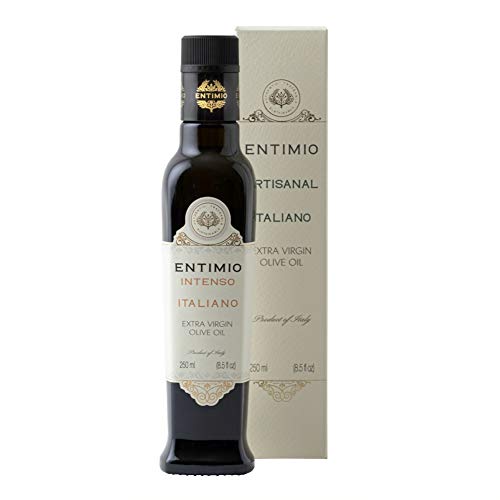 A 2019 NYIOOC gold medal winner, this Italian olive oil has subtle notes of artichoke. It's made mostly from Correggiolo olives, which lends it its vibrant green hue. Flavor-wise, it's on the fruitier side and has a touch of green pepper.

Just like California wines, made-in-the-U.S. olive oils are having a moment. The Golden State's fertile soil also grows some amazing olives, which are then cold-pressed at the peak of freshness. This unfiltered oil has notes of tropical fruit, apple, and fresh artichoke.

This Spanish import was selected by Stonewall Kitchen as a small maker of note, and its cold-pressed oil clearly displays why: Processed the same day the organic fruit is harvested, the clean taste is simple and pure, pairing well with just about anything.

Selected from the legendary Sicilian olive-growing fields, this heritage maker has a distinct flavor and aroma that is reminiscent of the hot, dry Palermo summers. Certainly no shelf queen, this is the bottle that you reach for when entertaining and featuring a bold, character-rich oil. It pairs wonderfully with fresh bread and savory spices. 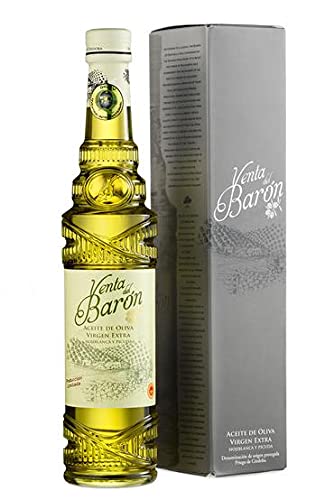 Hailing from Spain, Venta del Barón extra virgin olive oil is cold-pressed less than 15 hours after the olives are picked. It has an intense aroma full of green herbs, peppermint, almond, banana and apple. As with other olive oils, it's all a matter of taste, and this is too watery and bitter for some.

O-Live & Co. olive oils are a fresh mixture of Arbequina, Arbosana, and Koroneiki olive varieties. They're great for everyday use, and pair nicely with everything from veggies to seafood. This one has a mild, fruity taste and is perfect for dipping, grilling, and roasting. If you want something more peppery and robust, pick another varietal.

The oil, produced as a partnership between the well-known restaurant group behind Brooklyn's Frankies Spuntino and a highly regarded vineyard in Partanna, Sicily, has a harvest date as well as Italy's strict DOP (Protected Designation of Origin) certification. This ensures that it comes from the region specified and produced according to traditional methods. Works well on everything.

Giada de Laurentiis swears by this brand's small-batch oils; this one has a flavor profile that's peppery and floral and works for both cooking and finishing. A low acidity translates to a less bitter oil. 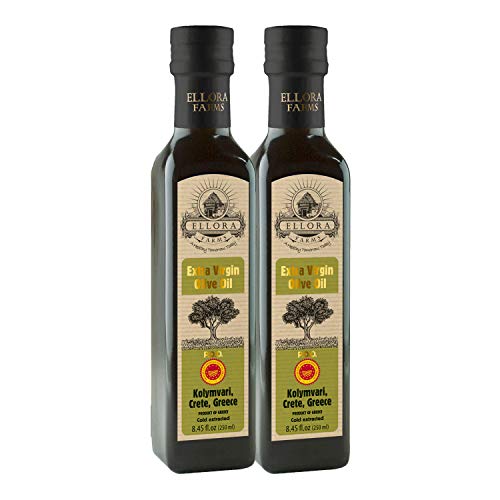 This olive oil PDO-certified, meaning it's got the European Union's quality certification so you know exactly what you're getting and where it comes from. Each bottle is sourced directly from Ellora in Crete, Greece. It's not particularly intense in flavor, so it's a better fit for those who like lighter-flavored oils.