The following was syndicated from MyTorch for The Fatherly Forum, a community of parents and influencers with insights about work, family, and life. If you’d like to join the Forum, drop us a line at TheForum@Fatherly.com.

Meredith was cute, genuine, and had the pipes of a blonde angel with braces. We sang in the same group and spent a lot of time together in our mutual friend groups, so I asked her to prom our senior year. She had my attention.

She invited me over one night before prom to play Mario Kart (a very cool move) and I found myself in an unusual predicament: Do I let her win? Do I unabashedly destroy her with testosterone-riddled macho-ness, and thus impress her? I was a seasoned Mario Kart veteran, so I decided to wing it when the time came.

In short, Meredith annihilated me — like, made-me-question-my-worldview annihilation. It felt like she slowly shoved a rusty knife somewhere deep into my 17-year-old masculine soul, and I wasn’t sure how to process it. All I knew is that I had learned many, many things that night.

RELATED: Does Your Kid Have Low Self-Esteem? Here’s How to Test

Years later I heard a quote by Vince Lombardi, and I hadn’t connected the two experiences until writing this now: “Show me a good loser, and I’ll show you a loser.” He touted this while coaching intensely competitive football players in an arena where winning is quite literally their job. I get that, and now I understand why every guy with a Napoleon Complex pitches a hissy-fit when losing on Monopoly night.

But for the rest of us parents in the real world it isn’t so simple. We’re trying to coach our kids to be equally graceful and resilient in their wins and losses.

The Parental Burden of Letting Your Kids Win

It isn’t easy. At all. One of my biggest struggles as a parent is deciding which trials and tribulations are edifying for my children, and when. I may look more like a well-flannelled Al Borland than a veiny-muscled Thor, but you’ll find a Viking in me very quickly when my kid’s emotional and physical safety is threatened.

To be honest though, the emotional fragility I’m protecting is my own. Every day I’m fighting how upset I get when I see my kids frustrated or hurt. This must be identified, because the startling reality for parents is that kids need to flex muscles and build calluses on an intellectual level, and that only comes with the frustration of failure.

It’s funny — I’d throw myself on a grenade to protect my son, but I refuse to let him win. Ever. In spite of the plaguing visceral guilt, I chose to be a parent, and this is my burden to bear. There may be rivers of tears and dramatic outbursts, but until Steven beats me on his own when we’re shooting hoops … I’ll never let him.

ALSO: Books That Will Boost Your Kid’s Body Image And Make Them Comfortable In Their Own Skin 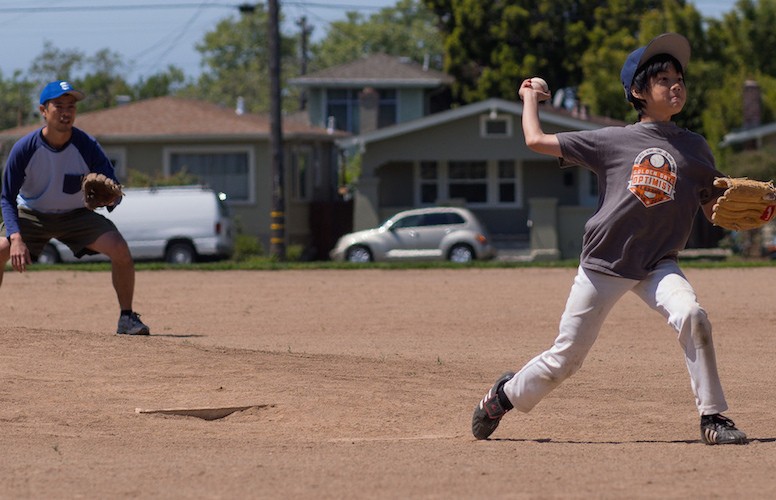 As a baby and toddler, tears and tantrums were the only tool Steven had to indicate that I hadn’t provided for him recently enough — food, water, a fresh poop-catcher, etc. It’s hard as a parent to change the way we interpret those demonstrations as kids get older.

I mistake these symptoms of learning and emotional callus building he exhibits at 10 as symptoms of something I’m failing to provide. But crying, pitching fits, and pouting are part of the process of developing resilience, poise, and understanding of the world around him. He needs to be a little butt-face sometimes, and he needs me to tell him why that is neither acceptable nor productive.

In spite of the plaguing visceral guilt, I chose to be a parent, and this is my burden to bear.

Ironically, what ruins a kid is the part where we let them win to avoid bottomless pools of tears mixed with rampage. We’re trying to craft a world for them where they can’t lose, don’t experience disappointment, and everything works out. But that isn’t the reality the future holds for them. In fact, it’s the opposite.

I’ve come to question this “feel good” state of mind we want to pad our kids’ lives with. Self-esteem isn’t derived from winning; it’s derived from learning, which leads to hope and self-belief. Steven will never win at hoops until he really beats me. Every time we play I’ll let him know what he did right (self-esteem) and what he did wrong (learning), and he’ll sit at the dinner table later that night and tell Mom how close he was to finally dethroning the reigning champ!

I want him to be a better loser than he is a winner. It’s easy for him to look at the success around him and chalk it up to luck or entitlement. He feels better about himself. But in truth nothing of value comes easily, and nothing valuable is ever appreciated without hard work — even if it’s the same exact object. 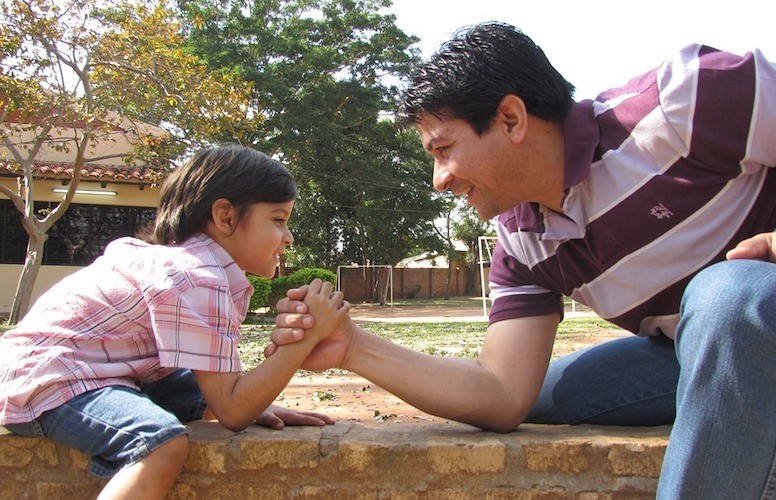 Resilience trumps success in childhood, and creates success in adulthood. Steven is learning that he’ll have his day soon, and is embracing where he is now. He has to work, learn, and get better. I always coach him up in his defeats, and he’s developing a relentless motor as a result – a willingness to improve and face a challenge, and resiliency that won’t let him give up on himself or what he desperately wants.

Steven can wipe the board with me when my knees are shot and he’s at his peak. And he should. But until then he needs to know his place and grow through the frustration, scheme his way to better results, and control the dude-emotions that could get him in trouble if unaddressed.

Some may say allowing yourself to be defeated as a father can teach your kids to be graceful losers, but I contend fake losses only create fake grace. Steven won’t learn anything from that. If my kids need to see me be a good role model in loss, they need look no further than the 12 times a day I tell my wife she’s right.

Josh Polgardi loves to overthink and then write. He is a regular writer at MyTorch.