For many dads, tax season can bring the happy reminder that children aren’t always money pits. Birth credits! Dependent exemptions! Education credits! Except of course for parents who don’t always disclose their assets — uh, what yacht? — and said assets happen to feature in social media posts made by unwitting offspring.

For those parents, tax season should serve as a reminder that they better check their kids’ MyFace and InstaSnaps, because the Tax Man probably has. According to The Guardian, social media evidence figures into 75 percent of litigation cases for things like divorce disputes and corporate asset recovery. IRS investigators might not be be cutting edge enough to have discovered Rich Kids of Instagram on their own, but they’ve likely learned that copious, diamond-encrusted evidence of tax fraud is just a “follow” away. 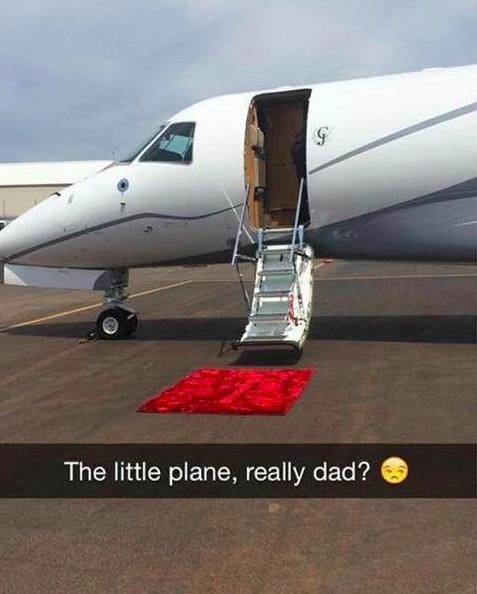 This classifies as a moment where knowing your children are smart and well-behaved — because that’s how you raised them — pays dividends. But now it’s official: Having a talk with your kids about their posts on social media (which clearly aren’t going away, no matter how little you understand Snapchat) naturally includes how evidence can and will be used against you by the Tax Man.

ADVERTISEMENT
ADVERTISEMENT
More From News
News Disney Just Raised Their Ticket Prices Again — Get Ready To Shell Out $164
News Old-School James Bond Movie Marathon Is Streaming Completely Free Right Now
News ICYMI: Vin Diesel Walked Paul Walker’s Daughter Down the Aisle and the Photo Will Make You Cry
News Kristen Bell Got Real With Her Kids About Who Is In Charge During Sex
News This Map Shows Where You Can Buy Legal Weed Now in the United States
News Child Tax Credit Could Be Extended Only One Year. Blame Politics