'The Three-Body Problem' is going to be the next show you'll be obsessed with.

Were you thinking of canceling your Netflix account? Maybe wait a couple of years. The guys behind Games of Thrones — David Benioff and D.B. Weiss — are returning to TV with a show that will be even bigger than GoT ever was. Today, Netflix announced that a new TV series based on the popular sci-fi novel series The Three-Body Problem will hit the streaming platform sometime in the near future. If you’re looking for epic, escapist science fiction that spans several centuries, with an amazing cast of characters, Cixin Liu’s series, The Remembrance of Earth’s Past cannot be beaten.

The books were written in Chinese by Liu and translated by the writer Ken Liu (no relation) from 2014 to 2016. The three books in the series are The Three-Body Problem, The Dark Forest, and Death’s End. The story is about an impending alien invasion, and how various factions on Earth decide to prepare for the end of everything. If that sounds like a lot, it is. The novels span countless settings, dimensions, and astronomical timescales. Basically, the scope of Liu’s vision makes Game of Thrones look like a joke. 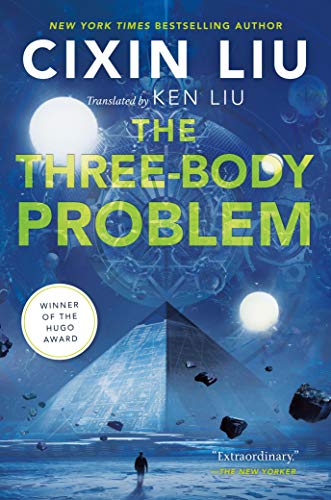 The escapist sci-fi novel series of the 21st century!

“Liu Cixin’s trilogy is the most ambitious science-fiction series we’ve read, taking readers on a journey from the 1960s until the end of time, from life on our pale blue dot to the distant fringes of the universe,” Benioff and Weiss said in an official statement. The show is also produced by Rian Johnson and Ram Bergman, famous for their work on The Last Jedi and Knives Out. The author and translated — Cixin Liu and Ken Liu  — are on board as supervising producers. Benioff and Weiss have described themselves as advocates for the source material. And, unlike Game of Thrones, this book series is actually finished.

No word on when The Three-Body Problem hits Netflix.