Robert Downey Jr. Might Already Be Back as Iron Man In a Disney+ Series

Here's what to know about how Tony Stark's relationship with Riri Williams in the comic books and how it might shake-out in a Marvel TV show.

We loved him 3,000 in Avengers: Endgame, and even gave him an extended tearful goodbye in Spider-Man: Far From Home, but now it looks like Tony Stark might already be back in the Marvel game.

In early September, 2019, news broke that actor Robert Downey Jr. is already in talks to return as Tony Stark/Iron Man for a new Disney+ TV series. If true, Tony would feature in a show called Iron Heart, based on the Marvel comic book series and character of the same name. In contemporary Marvel comics, “Iron Heart” is the alias for a new version of Iron Man, who is actually a woman named Riri Williams. In the series, Riri takes over the mantle of Iron Man from Tony Stark, who basically retires.

If this all sounds a little like the relationship between Tony and Peter Parker in Spider-Man: Homecoming and the past few Avengers movies, it should. But, because legal issues will likely prevent Spider-Man from crossing over with MCU films ever again, it’s telling that Iron Man may have another successor lined-up.

#hypeflix: Robert Downey Jr. is reportedly in discussions to reprise his role as Tony Stark/Iron Man for a potential ‘Ironheart’ @disneyplus series. The show would feature Marvel Comics character Riri Williams taking up the mantle for Stark as the newest Iron-based superhero. More details via the link in bio.⁠ Photo: Walt Disney Pictures

The only tricky part here, of course, is the simple fact that we all saw Tony Stark die in Avengers: Endgame. It feels pretty unlikely that Marvel would undo Tony’s meaningful sacrifice so soon, particularly if he wasn’t actually the star of a new Marvel film. After all, if an Iron Heart series happens, it will be Riri’s story about learning how to become the titular hero, not Tony’s. 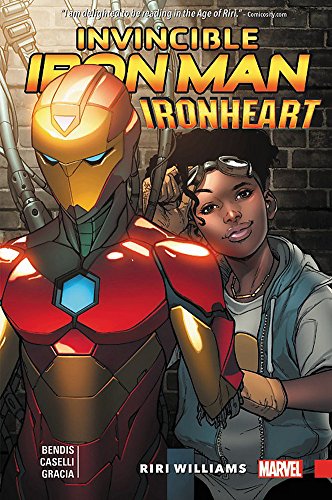 The best bet? Maybe Robert Downey Jr. is coming back to play the voice of Tony Stark, and maybe Iron Heart is just one more installment of the upcoming animated What If? series, which specifically reimagines big Marvel heroes in a Sliding Doors kind-of-way. If that’s the case, then all of this makes sense. But, if Downey Jr. really is back, in the flesh, as Tony Stark, then Marvel has a lot of explaining to do. Plus, we’re going to bet that his daughter, Morgan Stark, is going to want to see him.

Disney+ and Marvel have made no official announcement about Robert Downey Jr. or a possible Iron Heart series.

marvel
ADVERTISEMENT
ADVERTISEMENT
More From News
News Don't Take Our Word For It — LeVar Burton is Hosting 'Jeopardy!'
News This Map Shows the Most Popular Superhero in Every Country
News Map Shows The Average (And Ridiculous) Cost Of Child Care In Every State
News Los Angeles Is Latest, Biggest, City to Give Guaranteed Income a Shot
News 2-Year-Old Is A Geography Wunderkind in Viral TikTok
News Here’s Why A Resurfaced ‘School of Rock’ Clip is Going Viral