Don’t let your spouse think that just because you’re complimenting her personality, it’s a slight against her looks. Obviously, you should be into both — at least according to new research that suggests personality type is a big factor in determining how happy married couples are. (Don’t forget to mention the new haircut, though.)

The study, which was published in the journal Personality and Individual Differences, surveyed 2,015 individuals from 2005 to 2012. Each year researchers asked participants to report their marital status, life satisfaction levels, and personality traits using the Big 5 Scale, which organizes people based on agreeableness, extraversion, conscientiousness, neuroticism, and openness. Much like your BMI, your BFI (Big 5 Inventory) could make or break your matrimonial compatibility.

Women who scored higher on the conscientiousness and introversion scale were happier in their marriages overall. That means if your wife is extroverted and impulsive, she may not like being married very much (it might not even be about you!). You can find out if your wife is conscientious and/or introverted by sharing this information with her. If she responds with, “What the hell is that supposed to mean?!” she’s not. 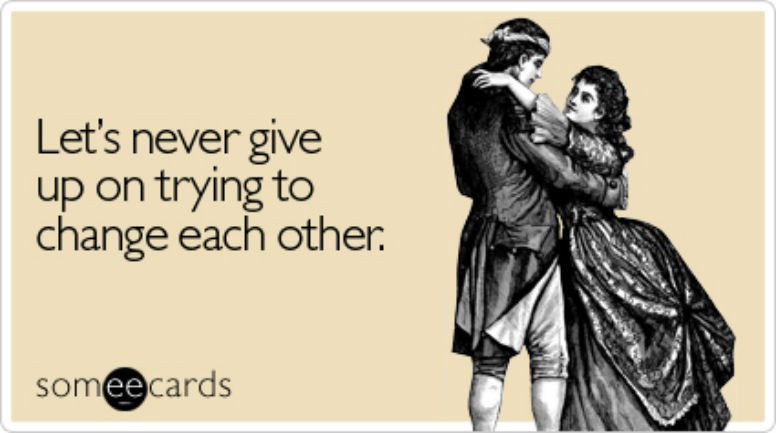 If you’re thinking, “Uh oh … I might be kind of an unconscientious dick,” don’t worry. Researchers also found that personality traits don’t matter much for men’s happiness in marriage. However, extroverted men happened to be happier in their marriages. All of this strongly implies what you already knew: Staying together is a delicate balancing act between differing personalities. That said, if you happen to be unmarried but dating a conscientious objector, put a ring on it.