To circumcise or not circumcise — that is the question that has you and your spouse feeling like a bunch of baby penis-obsessed creeps. The debate has been framed around future sexual enjoyment for so long, and uncircumcised guys have been rumored to have more fun. But new research published in the Journal Of Urology suggests that there’s no difference between cut and uncut penises in terms of sensitivity. Sure, you probably didn’t want to think this much about your son getting laid someday, but here you are.

The study looked at 62 penises (and the men attached to them) between the ages 18 and 37, 30 circumcised and 30 “intact” men — which is a pretty rude choice in phrasing. Researchers looked at men’s reactions to heat, touch, sexual stimuli and other sensations, as well as tested their sexual function using the International Index of Erectile Functioning (IIEF), a 15-item measure of men’s sexual function and the least fun you’ll ever have in bed. In both areas, there was no discernible difference between circumcised and uncircumcised men in regards to penis sensitivity or sexual enjoyment. Unfortunately, there’s no way to test for the enjoyment of a guy’s future partners, but it makes the important point that cut men have feelings too. 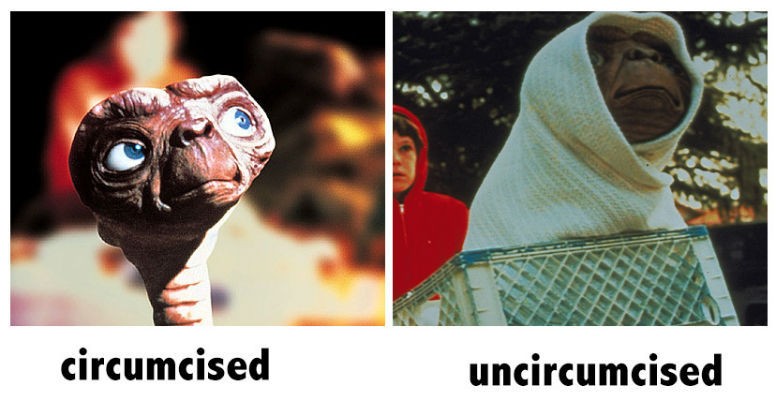 Interestingly, the study found that foreskin in reality is only about as sensitive as forearm skin, so maybe it’s a golf thing? Since you’ve probably never thought about what happens to your forearms during sex, your son is going to be fine no matter what. There, now you don’t have to think about his sex life again until you’re worried about him becoming a dad. Ah, the circle of life …

ADVERTISEMENT
ADVERTISEMENT
More From News
News This TikTok Toddler Chef Is A Viral Prodigy — Watch
News Hilarious Viral Video Shows Exactly Why Sleeping With a Toddler Sucks
News COVID-19 Relief Package Could Finally Pass the Senate This Weekend
News Only One Child Died Of The Flu In The Last Year. How?
News Texas District In Hot Water Over Sexist, "Chivalric" Lesson Plan
News Received Unemployment Insurance? You Could Owe Thousands In Taxes