When Should Your Kid Stop Sucking Their Thumb?

Given that humans’ incredibly dextrous opposable thumbs are what separates them from all other primates, it’s no wonder your little monkey is fascinated by them. And until Junior learns to use their thumbs to do stuff nature intended, like making righteous 3-goggles after burying one from Steph Curry range, you’ll probably witness some amount of baby thumb sucking.

You initial reaction might be to wonder when your kid should stop sucking their thumb, and how you can speed that day’s arrival. But here’s something the pacifier industrial complex doesn’t want you to know: thumb sucking started in the womb, is completely natural, and generally corrects itself quickly.

GIPHYInfants are hard-wired to suck — as in the feeding motion, not the fact that every kid that’s not yours is terrible. Sucking, as a separate experience from feeding, helps babies cope with stress, boredom or fatigue, and can even help them sleep. Your kid may eventually tote around a raggedy transitional object that works in the same kind of comforting way.

The aforementioned pacifier is how most parents satisfy that instinct, but as with many well-meaning parental interventions, in this case the man-made object is a poor substitute for nature. While your baby can pretty much always locate their thumbs, pacifiers fall out, requiring you to use your own thumbs — in the dark — to find them and stop the fussing and crying. 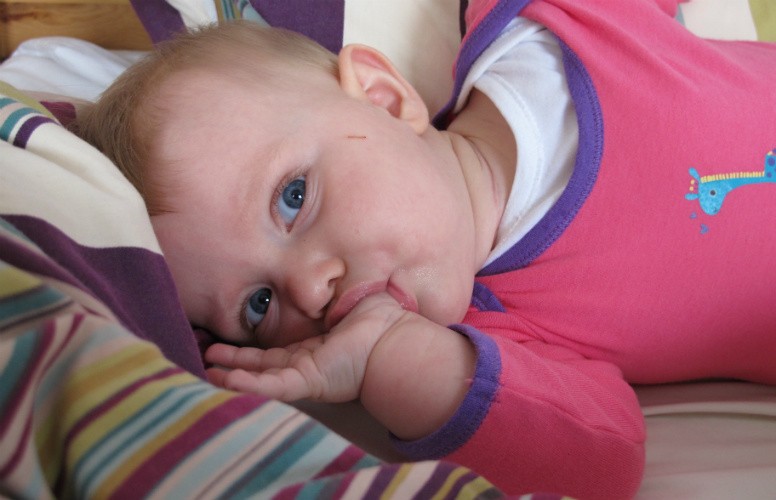 FLICKR / TOM PAGEThat said, thumb sucking might still freak you out. Relax. Studies show your kid will likely give up thumb sucking before they would a pacifier; around one year, or about when they start figuring out how to do other, more entertaining stuff with their hands. So as long as they’re starting to grasp for that Golden State Warriors mini basketball, their thumbs are occupied away from their mouth. Not so with pacifiers.

As for the awful stuff that supposedly comes from thumb-sucking, like warts, buckteeth, or lasting dependence that results in stunted maturity and self-confidence, it’s all as overblown as the idea that a jump shooting team can’t win a title. The American Dental Association says you need not worry about the former if thumb sucking stops by age 4, and research has shown that most late thumbsuckers share one common trait: at some point early on, their parents tried to force them to stop.

GIPHYIn other words, you really shouldn’t worry about it, because in the end, the biggest problem with thumb sucking is probably your perception of it. Well, that and the fact that it cuts into a year of extra-early practice raining threes on that Little Tykes hoop.

Emotional Development
ADVERTISEMENT
ADVERTISEMENT
More From Health & Science
Pregnancy What to Make of the Dreaded Faint Line on a Pregnancy Test
Nutrition 6 Myths About Protein Shakes for Kids, According to Nutritionists
Sleep 12 Ways to Fall Asleep Faster
Fitness Get Fit in 60-Second Intervals With This Intense Bodyweight Workout
Health & Science Indica vs Sativa and Beyond: The Best Types of Weed for Parents
Fitness Why Men Can’t Beat the Viral "Center of Gravity" TikTok Challenge