They're cheaper and cooler than the Armani suit he wore them with.

We’re not going to sit here and pretend to be super-pumped for Dolittle, the soon-to-be-released movie based on the Hugh Lofting classic and starring Robert Downey Jr. and a bunch of talking computer-generated animals.

And while the cast is pretty impressive—Antonio Banderas, Michael Sheen, Emma Thompson, Rami Malek, John Cena, Octavia Spencer, and Tom Holland also star—the movie itself looks…maybe fine. Dolittle seems the kind of movie you might one day fall asleep watching on cable, a bit of a downgrade in terms of excitement from Downey’s last film, but honestly what wouldn’t be?

But despite our fairly moderate expectations for the film, we find ourselves captivated by this image from the Dolittle press tour. It shows a smiling Craig Robinson, who plays Kevin the squirrel, chatting with Robert Downey Jr. in front of a bunch of paintings of animals. 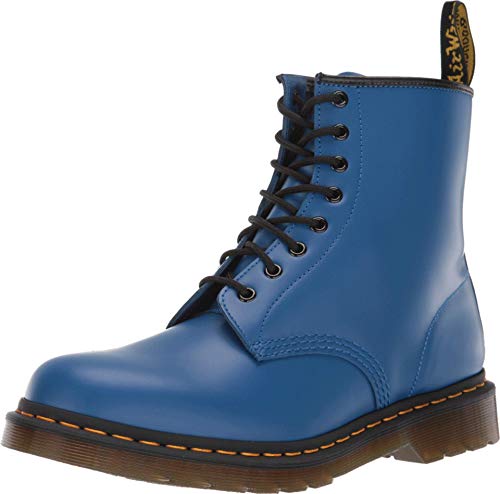 The baddest, bluest boots around.

It was posted by Jeanne Yang, the Los Angeles-based stylist who picked out Downey’s Armani suit, Panerai rose gold watch, and, most excitingly, his blue Doc Martens.

Boots with a suit is a bold move in any situation, and the deep blue color on these bad boys makes them stand out even more. They’re the best part of his outfit, in our opinion, so we’re pumped that getting our hands on a pair of our own is just a click or two away.

Because while they won’t make you quite as dapper as the dude who played Tony Stark, they will definitely make you more dapper, and what more can you ask for?

Commerce Style Want
ADVERTISEMENT
ADVERTISEMENT
More From Gear
Gear This Stunning Superhero Cape Turns Any Kid Into an Avenger
Gear The Best Hazy IPAs to Add to Your Cooler This Summer
Gear The Beloved, Notorious Montessori Bed: What Parents Should Know
Gear This Felt Building Kit Is One Truly Sensational STEM Toy
Home How to Unclog Any Drain, From the Kitchen Sink to the John
Gear Skin Care for Men: The Best Subscriptions for Everyone From Rookies to Aficionados