From Panasonic to GoPro to Olympus to Polaroid, we found the best point and shoot cameras for everyone.

Sure, you can use your phone’s camera to take pictures of your adorable kids doing adorable things. But if you want to step up your photography game, you need to invest in a point and shoot camera.

The ability to freeze a moment in time—what pioneering street photographer Henri Cartier-Bresson called “the decisive moment”—has never been easier. Point-and-shoot cameras—or those that don’t require a community college degree to understand their operation—are more prevalent than ever, and are more affordable than ever before.

We scoured the internet and our photophile friends to find our favorites for you to take your photos to the next level. Sometimes, we just want a handy device that takes glorious photos with a push of a button. And yes, your phone is a go-to, but let’s be real: point and shoot cameras deliver superior image quality in every kind of light.

Before you buy, you need to decide on the features you want, how much you want to spend, and whether you’ll be using the point and shoot camera to snap photos of your dog cavorting around the backyard, or a hummingbird caught mid-flight. Or maybe a combination of both. Here are our picks for the best point and shoot cameras, at the right price. 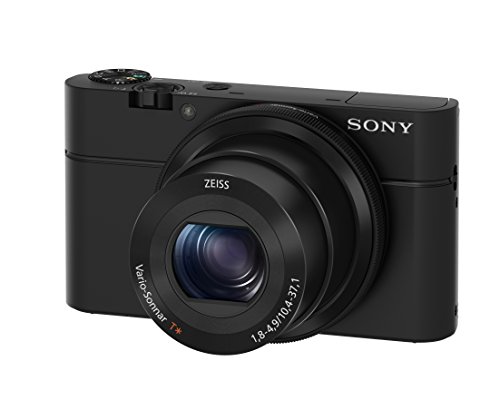 You get the best of both worlds with Sony's point and shoot camera. It fits right in your pocket, but delivers supersized performance.

Pros: The Sony camera features a 28-100mm equivalent lens with F1.8-4.9 aperture range and image stabilization and captures raw files. It can shoot 1080p60 and capture 17MP (16:9 crop) stills at the same time. You get sharp image quality, a large, one inch sensor and an ultra-bright Carl Zeiss/1.8 lens. It also has a control ring for easy access to aperture settings.

Cons: There are consistent complaints about the reliability of the focus ring. 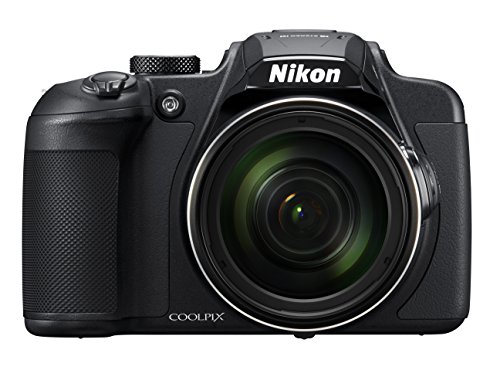 This camera has built-in wifi and Bluetooth, and a handy eye sensor, and killer photo and video quality.

Pros: This DSLR camera has 60x optical zoom and 120x dynamic fine zoom.You can focus on faraway objects, and capture them, using the Nikon’s Vibration Reduction technology. It lets you create 4K Ultra HD (UHD) videos with stereo sound. The DSLR camera supports RAW (NRW) image capture, giving you total control over the photos you get.

Cons: Some photo buffs have issues with the focus, and complain of blurry pictures.

This point-and-shoot is a complete package: 4K video, wifi connectivity, and a large sensor with optical image stabilization for crisp pictures.

Pros: There’s a ring around the lens that lets you quickly adjust exposure, DSLR-style. If you (or your kids) love selfies, the tilting display, which can be pointed forward for lining up selfie angles, is an absolute must.

Cons: There’s no 3.5mm jack for a standard external microphone, so getting good sound to go along with your 4K video can be tricky. 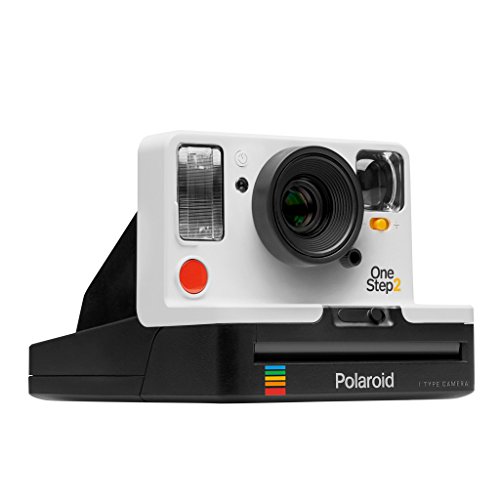 While other companies are due credit in pushing the medium of photography forward, Polaroid certainly deserves recognition for lifting it to the status of pop culture classic. After a brief hiatus, its signature camera was relaunched as the OneStep 2, which features modern function and classic output.

Pros: We could mention the three-power flash, a USB-charged battery system, and a self-timer function, which allows you to get in your own photos. A tripod-mounting socket on its underside allows you to grab a perfectly framed shot wherever you’re at. But for us, it’s all about the magic that comes from watching the image appear in a few seconds after the camera spits out your first photo.

Cons: Physical mediums can get expensive, and with film costing around two dollars a shot, the price can add up over time.

It’s no surprise that the company that established the action cam space still does it best. The GoPro HERO7 stands as the epitome of the line, and whether you’re looking for stills or footy, it captures it all in a durable package and an easy user interface.

Pros: Think of the HERO7 Black as a high-quality camera that has its own retoucher and editor built in. We were consistently impressed by the ultra smooth stabilization of video footage and the high dynamic range of the stills it takes. Bottom line: You can spend years and thousands of dollars in classes to learn what GoPro has baked into their hardware automatically. It is also waterproof to 30 feet, has time-lapse, and incorporates voice-control options.

Cons: Believe it or not, we think size matters. The HERO7 Black is so small that some may prefer the heft of a bigger camera.

We’ll be the first to admit that many people who read this list won’t want to purchase a camera when they’ve got a perfectly decent one already built into their phone. For them (and, we’ll be honest, for us sometimes), it’s nice to have a piece of gear that allows the sharing of photos with family and loved ones in tactile form. For them, we suggest the Fujifilm INSTAX Share SP-2 Smart Phone Printer.

Pros: Since you’re never without your phone, using an external printer is the easiest solution to sharing printed versions of the photos you’ve taken. Via its app, transfer from your photos to the printer wirelessly for 320 dots-per-inch images. The best part: no ink. Rather that using traditional print methods, the battery-powered Fuji unit instead works with the company’s instant film, meaning no mess, no drying, and no refills.

Cons: Like the Polaroid on this list, over time, the price of film will add up, though we should mention that Fuji’s instant film is markedly cheaper, and if you search diligently, you can often find it for less than a dollar per picture. 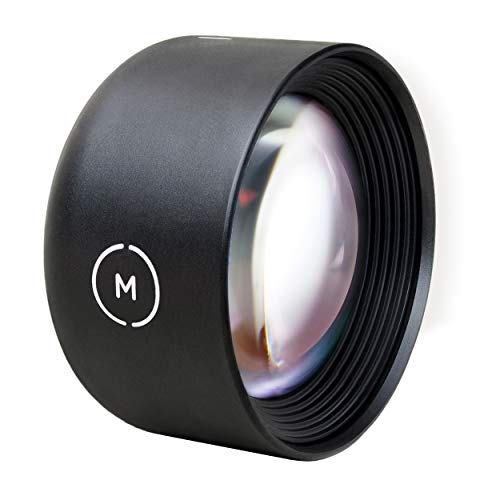 Moment was the first company that jumped in to the cameraphone lens market with both feet, and no one matches its quality and options. In our mind, if you prefer your smartphone to another camera but want to take your photo and video game to the next level, you need to start with a Moment lens.

Pros: This 58-millimeter glass and steel lens essentially doubles the closeness your camera’s lens but without the degradation of image quality that comes from its digital zoom. It’s the perfect lens for detail shots, portraits, and other cropped-in imagery.

Cons: Part of the reason these lenses create such stunning photos is because they seamlessly integrate with the company’s phone cases, which are required to mount the lenses themselves. If you’re absolutely tied to another phone case, these will not work. 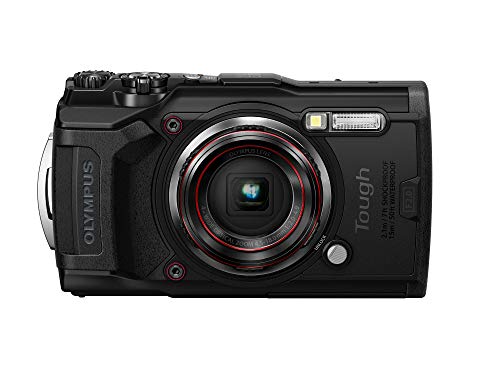 This camera earns its name, as it's built to be waterproof, dustproof, shockproof, crushproof, and freezeproof. If you're an adventurous family, it's a great camera to take on even your most rugged adventures.

Pros: This camera comes with plenty of shooting modes, including four macro modes and eight underwater options, that give you a lot of control for a point-and-shoot. The TG-6 can also link to sensors including a compass, GPS location, and thermometer and sync the data they collect to your photos, which is a nifty feature of amateur adventurer photogs.

Cons: The red option isn’t our favorite color. But seriously, the only real ding we have against this camera is a ding against the whole category: the inability to switch lenses, which adds versatility and quality. But for the vast majority of people, this camera is all they need, and much, much more. 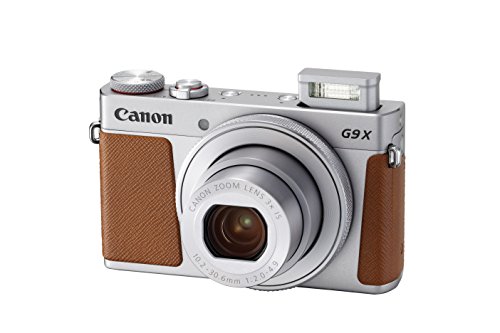 Tell your child that looks aren’t everything and to never judge a book by its cover. But there are exceptions to every rule. The vintage aesthetic of Canon’s PowerShot G9 X Mark II is gorgeous, and, luckily, it performs as well as it looks. If you want a good-looking camera that is also versatile, we’re betting this beauty’s beauty won’t fade.

Pros: Those faux-leather grips and brushed metal body distract from the fact that this camera takes a crisp 20.1 megapixel image, which is just a touch smaller than the company’s expensive DSLR bodies. WiFi and Bluetooth capabilities also make digital file transfer simple and remote control available with the touch of a button. A pop-up flash is there when you need it, and a three-times optical zoom can get you right in the action.

Cons: Unlike other bulletproof options on this list, the PowerShot G9 X Mark II is a camera you will want to keep away from the kids. Its glass, while coated and scratch-resistant, isn’t impervious, so it’s best to keep this close to you and away from sticky fingers.

If you're into taking photos at dusk or dawn, this camera is for you, thanks to its impressive low-light capture while using it in sports mode.

Pros: We love that while filming a video you can press the shutter button and take whatever still photo your heart desires. Plus, it fits perfectly in your hand due to an ergonomic grip. And it’s got an incredible zoom, so it’s ideal for those trying to catch a glimpse of an elusive hawk or owl, or to get a detailed shot of a leaf.

Cons: Overall, this camera is best-suited if you already have some photography skills in your arsenal; meaning, it’s not ideal as a starter device.